As stated in the following London Gazette citation, Robert Hampton Gray is a recipient of the Victoria Cross. This medal is awarded for the most conspicuous bravery, a daring or pre-eminent act of valour, or self-sacrifice or extreme devotion to duty in the presence of the enemy. 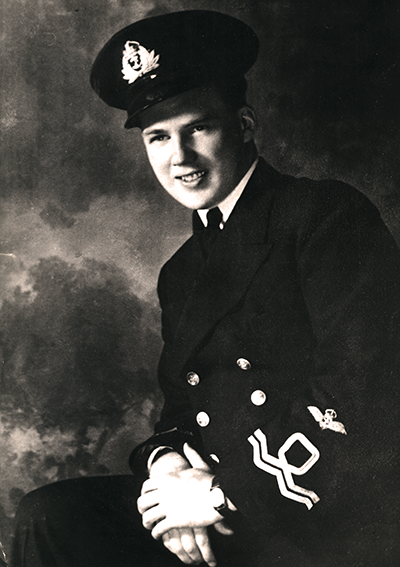 Robert Hampton Gray was born in Trail, British Columbia on 2 November 1917. Joining the Royal Canadian Naval Volunteer Reserve in July 1940, he was assigned to the Royal Navy’s Fleet Air Arm in which he trained as a fighter pilot and remained for the rest of the Second World War. Gray served in Britain, East Africa and finally with the British Pacific Fleet which, in the final weeks of the war, was operating against the Japanese home islands with the United States Navy’s Third Fleet. He received the Distinguished Service Cross for sinking a Japanese destroyer on 28 July 1945.

Lieutenant Gray was awarded the Victoria Cross posthumously for his actions on 9 August 1945. On that day, he led eight Corsair fighters from HMS Formidable on a mission to bomb enemy shipping in Onagawa Wan; each aircraft carried two 500-pound bombs. As Gray commenced his attack, he met very heavy anti-aircraft fire and his fighter was hit almost immediately, which dislodged one of his bombs and caused the aircraft to catch fire. Despite the damage, Lieutenant Gray pressed home his attack with great determination, and scored a direct hit with his remaining bomb on the Japanese escort vessel Amakusa, which subsequently sank. Instead of taking evasive action to avoid enemy fire, his aircraft then turned slowly to starboard, rolled onto its back and dived into the bay, leading to speculation that Gray may have been wounded during his run in to the target. He did not survive.

“…for great valour in leading an attack on a Japanese destroyer in Onagawa Wan on 9th August, 1945. In the face of fire from shore batteries and a heavy concentration of fire from some five warships Lieutenant Gray pressed home his attack, flying very low in order to ensure success, and, although he was hit and his aircraft was in flames, he obtained at least one direct hit, sinking the destroyer. Lieutenant Gray has consistently shown a brilliant fighting spirit and most inspiring leadership.”