As stated in the following London Gazette citation, William Avery Bishop is a recipient of the Victoria Cross. This medal is awarded for the most conspicuous bravery, a daring or pre-eminent act of valour, or self-sacrifice or extreme devotion to duty in the presence of the enemy. 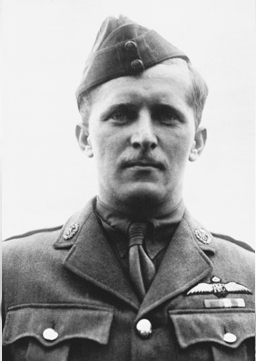 William Avery Bishop was born in Owen Sound, Ontario on 8 February 1894. During the outbreak of the Great War, he was a cadet at the Royal Military College, in Kingston. He enrolled in the 9th Mississauga Horse, Canadian Expedition Force, on 30 September 1914, and he later transferred to the Royal Flying Corps. Bishop, who already had the Distinguished Service Order and Military Cross, became the first Canadian Airman to be awarded the Victoria Cross for his single-handed early morning attack on an enemy airfield near Cambrai, France. On 2 June 1917, he found seven aircraft on the ground; he attacked and destroyed three, and was later credited with the destruction of the remaining four aircraft. Bishop continued air operations until August 1917 and returned to the front in June 1918. He emerged as the British Empire’s second highest scoring ace, with 72 official victories.

In the Second World War Bishop was an Air Marshal in the Royal Canadian Air Force and assisted in recruiting. He later died in Palm Beach, United States, on 11 September 1956.

“For most conspicuous bravery, determination and skill.

Captain Bishop, who had been sent out to work independently, flew first of all to an enemy aerodrome; finding no machine about, he flew on to another aerodrome about three miles south-east, which was at least twelve miles the other side of the line. Seven machines, some with their engines running, were on the ground. He attacked these from about fifty feet, and a mechanic, who was starting one of the engines, was seen to fall. One of the machines got off the ground, but at a height of sixty feet Captain Bishop fired fifteen rounds into it at very close range, and it crashed to the ground.

A second machine got off the ground, into which he fired thirty rounds at 150 yards range, and it fell into a tree.

Two more machines then rose from the aerodrome. One of these he engaged at the height of 1,000 feet, emptying the rest of his drum of ammunition. This machine crashed 300 yards from the aerodrome, after which Captain Bishop emptied a whole drum into the fourth hostile machine, and then flew back to his station.

Four hostile scouts were about 1,000 feet above him for about a mile of his return journey, but they would not attack.

His machine was very badly shot about by machine gun fire from the ground.”