The official lineage of The Royal Westminster Regiment infantry regiment. 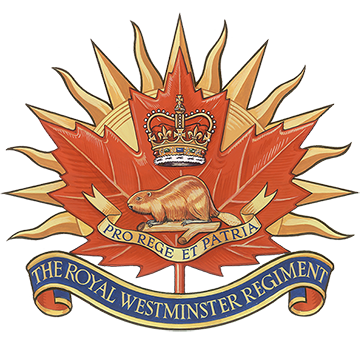 A demi-sun in splendour Or overall a maple leaf Gules charged with a beaver couchant on a log between the Royal crown proper and a scroll Or inscribed with the Motto, all above a scroll Sable fimbriated and inscribed THE ROYAL WESTMINSTER REGIMENT in letters Or.

The maple leaf and beaver represent service to Canada, and the crown, service to the Sovereign. The demi-sun is from the Arms of the Province of British Columbia where the regiment is based. "THE ROYAL WESTMINSTER REGIMENT" is the regimental title and "PRO REGE ET PATRIA" is the motto of the regiment.

The Royal Regiment of Fusiliers 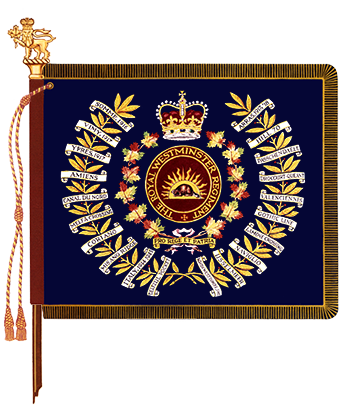 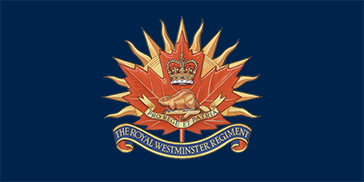 The 1st British Columbia Regiment was disbanded for the purpose of reorganization on 15 September 1920 and reorganized the same day (GO 232/20). This change was administrative and does not affect the lineage of the regiment.

The Westminster Regiment was disbanded for the purpose of amalgamation on 14 December 1936 and reorganized the next day (GO 178/36). This change was administrative and does not affect the lineage of the regiment.

The 104th Regiment Westminster Fusiliers of Canada was placed on active service on 6 August 1914 for local protection duties.Footnote 12

The 47th Battalion, which was authorized on 7 November 1914 as the '47th Battalion, CEF',Footnote 13 embarked for Britain on 13 November 1915.Footnote 14 It disembarked in France on 11 August 1916, where it fought as part of the 10th Infantry Brigade, 4th Canadian Division in France and Flanders until the end of the war.Footnote 15 The battalion was disbanded on 30 August 1920.Footnote 16