Why invasive alien species are a problem 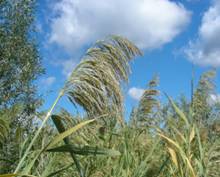 It takes the right conditions for an alien species to become established and grow. In fact, most introduced species do not become permanently established in their newly found environment. They either find the wrong type of conditions for survival, or there they are unable to produce enough offspring to maintain a viable population. For those species that are able to reproduce and survive, most never cause significant problems. They survive, spread and reproduce but generally do not pose a risk to Canada’s economy, environment or society.

Some introduced species however, are able to thrive and even flourish at their new location. They have the right biological properties that allow then to grow in numbers quickly. In addition, they are usually able to reproduce and spread quickly, often out-competing native plant and animal species for food water and space.

Invasive alien species generally share common characteristics which can make them difficult to control and contain, including:

The impact of invasive alien species on native ecosystems, habitats and species is severe and often irreversible, and can cost billions of dollars each year.

The following are just some examples of invasive alien species impacts in Canada and abroad. Check regularly as this list will be continuously updated.