It's sometime in April or May in Canada and from far overhead or perhaps across the distant shoreline, you see the organized chaos and especially hear the cacophony. The arrival of the migratory birds headed to their Arctic breeding grounds lifts our hearts and spirits - one of the signs of spring. But, a number of shorebird species are disturbingly in decline, victims of lost or degraded wetland habitat, coastal developments, climate change and human disturbances.

The shorebirds travel far and wide across continents. Not only are they aesthetically pleasing to a landscape, but during the course of their journeys across the Canadian prairies, these birds feed on many insect pests, helping to keep them in check. Everything is connected.

Why is it important to monitor shorebirds?

As with all migratory birds, the protection and conservation of shorebirds is an Environment and Climate Change Canada (ECCC) responsibility under the nearly 100-year-old convention we have with the United States (see Birds Protected in Canada). Birds are among the best environmental bio-indicators to tell us about the general health of the natural world. Shorebirds as a group contain many species that are in decline and as ECCC looks at the common factors in their annual cycle, we're beginning to understand the importance of acting on a few of the threats these birds face.

What is the status of shorebirds in Canada? 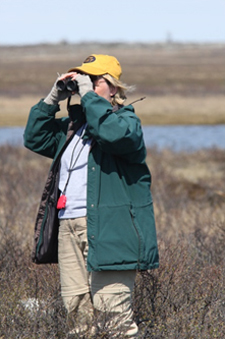 As a group, shorebird species have declined by almost half. Most shorebirds migrate very long distances and are being affected by loss and alteration of wetlands, estuaries, deltas and mudflats at all stages of their journey, from their breeding grounds in Canada to stopover sites and wintering grounds throughout the Western Hemisphere.

Where are the greatest declines?

The greatest declines in a general sense are observed in species that nest in the Eastern Arctic and migrate long distances to South America. However species in other parts of Canada are also showing declines.

What are we doing about it?

In most cases, the issues causing shorebird declines are thought to occur when the birds are away from Canada during their migration and winter periods. As a result, ECCC's Canadian Wildlife Service biologists interact with counterparts in other countries. This can include combining efforts to monitor birds through programs like the Program for Regional and International Shorebird Monitoring (PRISM) and through conservation partnerships like the Western Hemisphere Shorebird Reserve Network (WHSRN) and the Atlantic Flyway Shorebird Initiative (AFSI). Through these broader groups, greater efficiencies are gained when work is shared and resources are pooled.

Where are our monitoring sites? 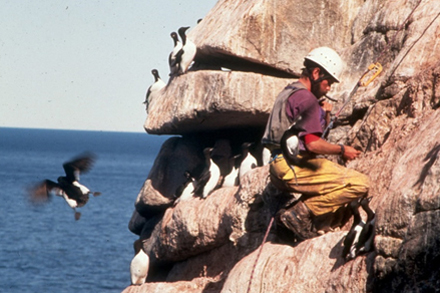 PRISM Arctic breeding surveys aim to identify shorebird population sizes and distribution across the entirety of the North American Arctic. To do that hundreds of randomly selected plots will be surveyed across Alaska, Yukon Territory, the Northwest Territories, Nunavut, Nunavik (Quebec) and Nunatsiavut (Labrador).

In addition to these surveys, hundreds of sites are checked in the spring and fall in southern Canada to record numbers of shorebirds migrating north and south each year. This kind of survey is especially important in key stopover sites in British Columbia, James Bay and the Bay of Fundy where flocks of migrating shorebirds can number in the hundreds of thousands.