The Mute Swan (Cygnus olor) is one of the world's largest waterfowl and one of three swan species that occur in North America. This bird is not native to the continent and is considered an invasive species outside of Europe and Asia. Mute swans were brought here by European settlers during the 1870s to adorn parks, gardens and estates. Since then, feral populations have established and flourished in some areas due to escapes from captivity or intentional releases. The largest populations currently occur along the U.S. Atlantic coast and in the lower Great Lakes region of the U.S. and Ontario, with a smaller population in southern British Columbia.

In Ontario, Mute Swan numbers and distribution have increased greatly since the mid-1980s, primarily along the shorelines and within the marshes of lakes Ontario, Erie and St. Clair. The habitat of Mute Swans has also expanded to include inland marshes, lakes and rivers in southern Ontario.

In British Columbia, Mute Swan numbers have been steadily increasing since the late 1990s, primarily on southern Vancouver Island and in the Fraser River delta.

Unless control measures are expanded, these trends will likely continue until the population occupies all available habitat. Increased numbers and distribution will increase the risks that this species poses to Canada's native wildlife, wetland habitats and people. 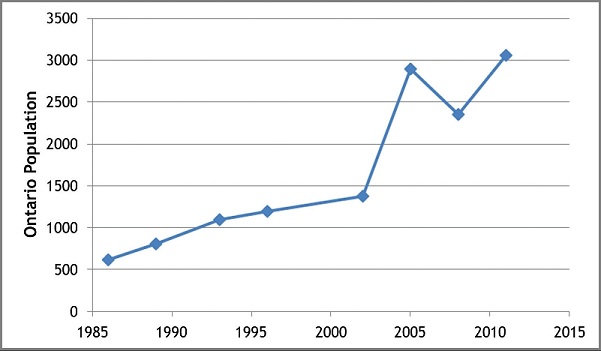 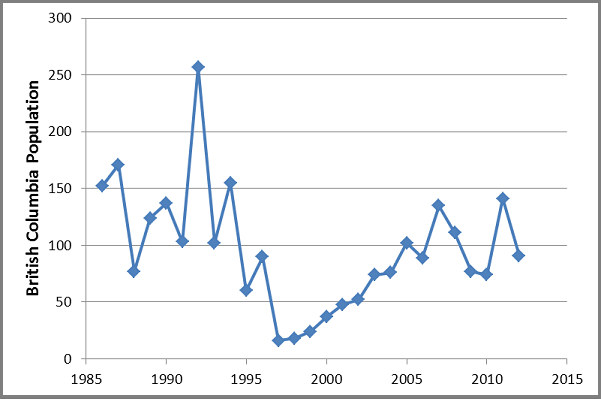 The Trumpeter Swan (Cygnus buccinator) is the largest native swan in Canada. Having recently come back from the brink of extinction, numbers of these birds remain relatively low. The growing number of Mute Swans may impact breeding success and population recovery of Trumpeter Swans in areas where both species occur in southern Canada.

The Tundra Swan (Cygnus columbianus) is the smallest but most abundant swan in North America. These birds breed in the Arctic and are common in some areas of southern Canada during their annual spring and fall migrations.

How to identify a Mute Swan 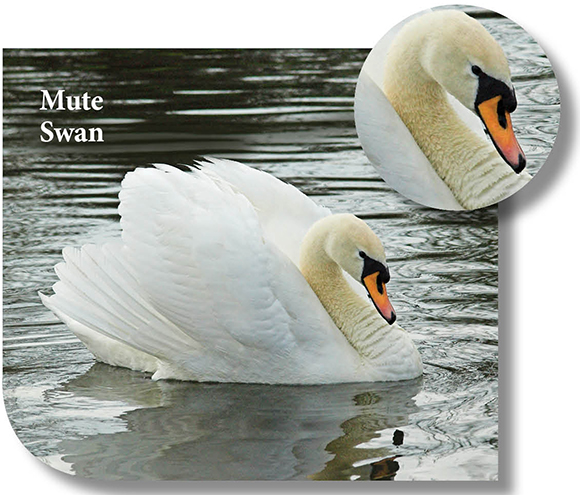 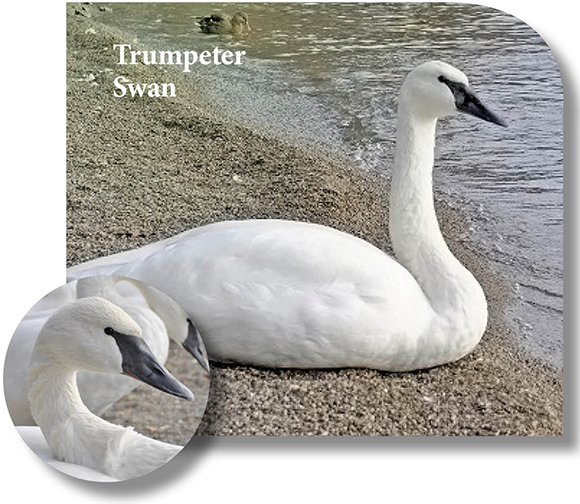 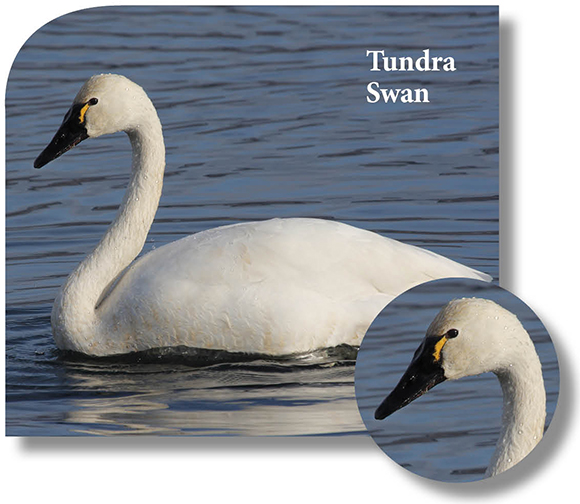 The Mute Swan is a highly territorial species. Pairs establish territories (0.2-5.0 hectares) and defend them from other Mute Swans and other wetland-dependent birds and mammals. Defensive behaviours can occur throughout the year but is most intense during nesting and brood rearing (March-August). Low-intensity behaviour, such as threat postures and pecks, often deter or exclude species such as Canada Geese (Branta canadensis), Mallards (Anas platyrhynchos) and Common Loons (Gavia immer) from potential nesting or feeding areas. High-intensity interactions, such as physical attacks, can seriously injure or kill intruders. Canada Goose goslings, for instance, have been injured or drowned by Mute Swans. Although uncommon, Mute Swans and native swan species can interbreed and produce hybrid offspring that can threaten the genetic integrity of native species; Trumpeter Swans may be most at risk due to overlap in breeding range and habitats.

Mute swans are large birds that need a lot of food to survive. One bird can eat up to 4 kg of submerged aquatic plants in a day. The 3 000 birds now residing in Ontario's lower Great Lakes could eat over 36 000 kg of plants a year. Foraging swans also uproot entire plants, which reduces food for other native waterfowl and other wildlife. Feeding activities of large numbers of swans over time can damage or drastically alter wetland ecosystems.

Risk to the public

As Mute Swans become more abundant and widespread, conflicts with people will increase. Mute Swans are very large and powerful birds capable of aggression and causing serious injury to people and pets. Attacks can occur on land and water when attempting to feed swans or after entering their territories.

What you can do to help