The St. Lawrence hydrographic system, including the Great Lakes, is one of the largest in the world. Its surface area of 1.6 million km2 is the third largest in North America, after the Mississippi and Mackenzie rivers. It drains more than 25% of the Earth's freshwater reserves and influences the environmental processes of the entire North American continent. Over 30 million Americans and 15 million Canadians live in this immense basin.

The geographic position of the St. Lawrence and its physical characteristics make it a significant socio-economic asset for Quebec, Canada, and the industrial heartland of the United States. The St. Lawrence links the Atlantic Ocean with the Great Lakes and is among the world’s most important commercial waterways.

The St. Lawrence: A Rich and Majestic Ecosystem

The St. Lawrence harbours a complex ecosystem whose physical properties vary from upstream to downstream.It includes lakes and freshwater reaches, a long estuary, and a gulf with marine features. The area is home to richly diverse habitats and an equally rich diversity of flora and fauna. 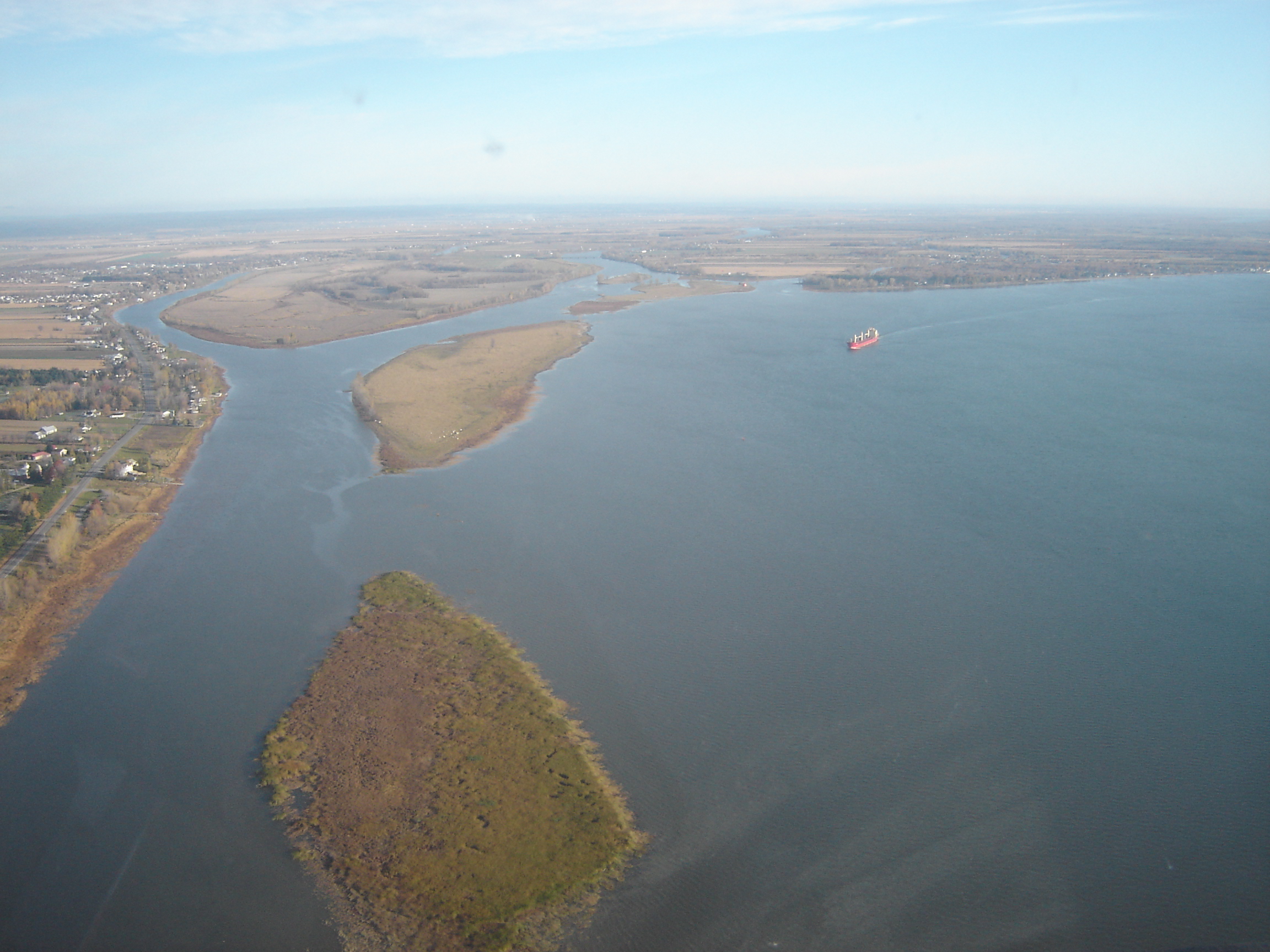 The St. Lawrence is a priceless jewel of our natural heritage. It has sheltered four Ramsar sites (1971 Convention on Wetlands of International Importance) the largest of which is located in Lake Saint-Pierre (12000 ha). The same site also has the distinction of having been declared a World Biosphere Reserve in 2001.

The Saguenay-St. Lawrence Marine Park was created in 1998 through a joint federal-provincial initiative andit is part of the global network of marine conservation areas. Some sixty territories enjoy provincial or federal protection as migratory bird sanctuaries, ecological reserves, conservation parks, etc. The area encompasses more than 100,000 ha of wetlands on the Canadian shores of the Great Lakes-St. Lawrence Basin, with some 18,000 ha in the Lake Saint-Pierre region alone.

Under Environment and Climate change Canada’s Water Science and Technology Directorate, scientists are carrying out several monitoring and research projects on water quality and aquatic ecosystems. The mandate of these experts is to acquire more knowledge about the status of water as a resource in Canada and inform the general public and other involved in order to help in decision-making. Learn More…

The hydrographic system of the St. Lawrence-Great Lakes stacks up worldwide!