ARCHIVED - Report by the Expert Panel on Caffeinated Energy Drinks

Information identified as archived on the Web is for reference, research or recordkeeping purposes. It has not been altered or updated after the date of archiving. Web pages that are archived on the Web are not subject to the Government of Canada Web Standards. As per the Communications Policy of the Government of Canada, you can request alternate formats on the "Contact Us" page.

An Expert Panel on Caffeinated Energy Drinks (the Panel) was convened by Health Canada and met on October 26, 2010 in Ottawa. The Panel was representative of diverse backgrounds and areas of expertise, including: pediatrics, cardiology, pharmacovigilance, food science, epidemiology, drug safety, etc.

Overall Response by the Panel to Questions Raised by Health Canada

Furthermore, the addition in some of these caffeine products of electrolytes, similar to those found in electrolyte replacement specific beverages (e.g.Gatorade TM, Powerade TM), adds to this confusion. Many of these newer "energy" drink products are, in reality, oral delivery systems for stimulant drugs such as caffeine. These stimulant drugs are not being given for a disease indication but are being ingested in large numbers by members of the public who are predominantly in good health (i.e., not for a medically indicated condition). With respect to usage, according to numbers presented by Health Canada for a recent 30-month period, approximately 7 million units of caffeine-stimulant ("energy") beverages were sold each month.

At present, there are 9 product licences, representing 18 products, containing caffeine.

Currently, there are approximately 190 products on the market with exemption numbers, some of which do not meet these requirements. Some of these products do not disclose caffeine content (5-hour Energy, #EN-140564, 140566).

Does the current medical and scientific evidence, including the strength of the signal, warrant additional risk management strategies further to Health Canada's current requirements? Please explain/provide the rationale for your recommendation(s).

Caffeine is the most widely consumed psychoactive or central nervous stimulant in the world, widely recognized to increase wakefulness, and readily available to all ages.

Four sets of potential health problems have been identified:

To mitigate the risk of excessive caffeine consumption per dosage unit, the Panel discussed the need for caffeine consumption dose standardization for stimulant drug containing drinks: maximum dose per single unit container, maximum concentration per mL, and a maximum per day dose.

Given the misperception by the general public that stimulant drug containing drinks are foods, labeling for these products must be clear: that these are drugs, what the dose is per container, the maximum dose per mL, and the maximum daily dose for all caffeine sources.

The evidence on cardiovascular risk was discussed by the Panel both in terms of sudden death (ADRs, literature cases, etc.) and potential biological mechanisms (arrhythmias, myocardial infarction etc.) (see above). The Panel noted that caffeine does have an effect on the QT interval (the time between the start of the Q wave and the end of the T wave in the heart's electrical cycle) in in vitro studies, but does have an effect at the extreme concentration that would be seen in intentional overdoses (5mM, 970 mg/L) (Cockerill & Mitcheson, J. Pharmacol. Exp. Ther., 2005).

The Panel noted that palpitations are commonly reported by the public with caffeine products. The Panel reiterated that any patient with symptoms suggestive of an arrhythmia needs to be seen by a health practitioner and to desist from using these stimulant drug containing drinks until clarity of risk has been assessed for that individual. Individuals with palpitations are generally advised to have assessment by a medical professional (Zitenbaum et al., NEJM, 1998; Giada et al., G Ital Cardiol (Rome). 2010). Similarly, syncope can be due to cardiac arrthymias and require assessment by a health provider (Moya et al., 2009 [Joint Guidelines) European Heart Journal). The Panel noted that it is very hard to identify in advance those groups that are at increased risk for cardiovascular adverse events. The relationship to exercise confounds the causality assessment as well. The Panel would like to draw attention to similar sudden death risk data that had arisen and presented to Health Canada through Report of the Adderall XR New Drug Committee. In comparison to the Adderral XR review, the days of exposure for stimulant drug containing drinks would appear to be much less, yet two deaths (albeit, so far, unassessable due to limited information) have occurred, and deaths have been reported in other jurisdictions. In order for adults in the general public to be able to make an informed choice on whether to consume or not consume a stimulant drug containing drink, it will require not only accurate and fulsome labeling on the products but also a public education program about stimulant drug containing drinks.

These education programs need to be developed and carried out in collaboration with public health in the provinces and territories and/or school boards.

These products are drugs, therefore, must be dealt with as a drug which includes meeting the requirements that other drugs must meet. Caffeine in tablet form (100-200mg/pill format, DIN ID#) are sold as a regulated drug and scheduled on the National Association of Pharmaceutical Regulatory Authorities (NAPRA) under Schedule III (i.e., over-the-counter in the pharmacy under the direct supervision of the pharmacist). In comparison, an equivalent dosing of caffeine in a stimulant drug containing drink does not fall under the same regulation. These products are regulated as a natural health product. At present, there are no restrictions on where these stimulant drug containing beverages can be sold even though the dosing of caffeine in a stimulant drug containing drink is at a higher dosage than found in a caffeine tablet classified and regulated as a drug. While other countries have dealt with these as food products for approval and the EU now requires that they be sold in food stores, etc. (Norway had to make this move in 2009), this should not preclude Canada from dealing with them as drugs, a classification the Panel believes these products should be under.

Post-marketing surveillance has been required for new drugs that are licensed for several years in order to enhance detection of rare adverse drug related events. This requirement should apply to all stimulant drug containing drinks as these are, in reality, drug delivery systems in a beverage format.

Given the lack of data on consumption available in Canada (only data on purchases) there is a knowledge gap on who is using these products, where, why, how much, and if they are being consumed with other caffeine or alcohol containing products.

Appendix A: Expert Panel on Energy Drinks (the Panel) - Draft Terms of Reference

The Expert Panel on Energy Drinks (the Panel) will provide Health Canada (HC) with expert advice on the most appropriate way to mitigate safety concerns related to caffeinated energy drinks currently being marketed in Canada.

The objective of the Panel is to provide recommendations on questions relating to the appropriate risk mitigation strategies for energy drink natural health products, as a result of potential safety concerns identified by the HPFB. These concerns are based on an assessment of the current available literature and evidence surrounding the safety and efficacy of these products, as well as data from adverse reaction events.

The Panel's role is advisory. That is, the Panel will provide Health Canada with advice and recommendations, but related decision-making responsibility remains with Health Canada.

The Panel will report to the Director General (DG), Natural Health Products Directorate (NHPD) or designate, who acts as the Executive Secretary to the Panel.

The Panel will consist of six to eight individuals, chosen based on their knowledge, expertise, and experience. Panel members are expected to consider all information provided by departmental representatives and stakeholders objectively, and views expressed should not represent their respective firms, organizations, professions or affiliations. These members serve on the Panel as knowledgeable individuals in their own right, and in the best interest of Canadians.

Panel members will be selected by the DG of NHPD based on recommendations by Health Canada's Energy Drinks Working Group, who will incorporate into their decision such factors as availability, breadth of representation, and (primarily) scientific/medical expertise pertinent to the mandate of the Panel and covering the following areas of expertise:

The Chairperson will be selected by the DG of the NHPD. Health Canada staff may not serve as members. External guests may be invited to provide supplementary expertise.

Panel members are expected to conduct themselves in an appropriate manner, i.e. the use of their position cannot be reasonably construed to be for their private gain or that of any other persons or organization. All members are expected to protect and maintain as confidential any trade secret or privileged information divulged during the work of the Panel. Members must not discuss this information with persons not on the Panel, or divulge information obtained from the work of the Panel, including presentations made to it, until such time as this information has been officially released for public distribution.

Furthermore, as a condition of serving on the Panel, members will be required to submit to the Executive Secretary declarations of their Affiliations or Interests to determine if there are any potential conflicts. An internal review committee will examine the declarations to judge if any circumstances may place, or may be seen to place the member in a real, potential or perceived conflict of interest. As a condition of appointment, members will allow Health Canada to publish on its website a Summary of Expertise, Experience and Affiliations and Interests. The Summary will be prepared by NHPD and members will be asked to review the content for accuracy before its release.

Members are also required to undergo a security clearance to the level of 'reliability status', and are expected to ensure that confidential or protected documents are securely stored, at all times, and disposed of properly.

Members are compensated for travel and accommodation expenses according to Treasury Board guidelines.

The Panel is tentatively scheduled to meet in October, 2010.

The Secretariat will develop the meeting agenda for approval by the DG in consultation with the Chair. Members will receive meeting materials as far in advance as possible prior to the meeting.

Discussion during the meetings shall be open, frank, and free-flowing. All members of the Panel shall have equal status during the discussion.

Advice of the Panel consists of recommendations to the DG of NHPD, which are reached by consensus. When a consensus is not possible, the meeting record will reflect the diversity of opinions.

A report will be published after the meeting in both official languages and will comply with Treasury Board's Common Look and Feel Guidelines, Health Canada's Guidelines for Presentation of Reports and Publications, and Health Canada's Guidelines for Presentation of Public Involvement Activities and Consultations. There will be no references to comments made by individual Members or the public.

The ToR of the Expert Panel on Energy Drinks are governed by the Health Products and Food Branch's Guidance on Advisory Bodies and by the Policy on Public Input into the Review of Health Products - Backgrounder.

3. Informal Letters to Licensees and Applicants 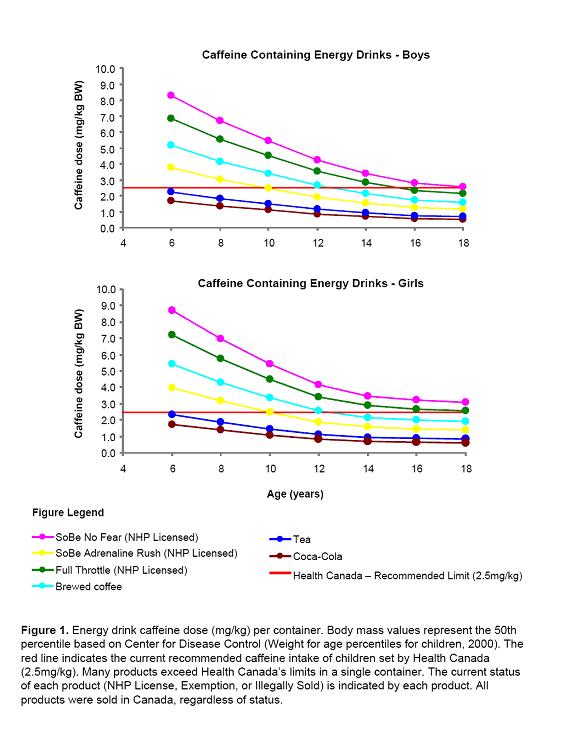 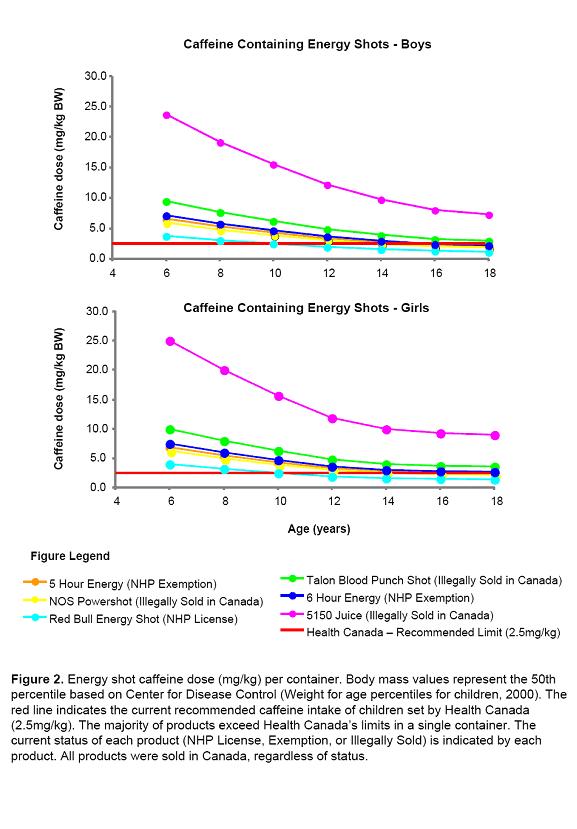