There has been only one vessel named Alberni in the Royal Canadian Navy. 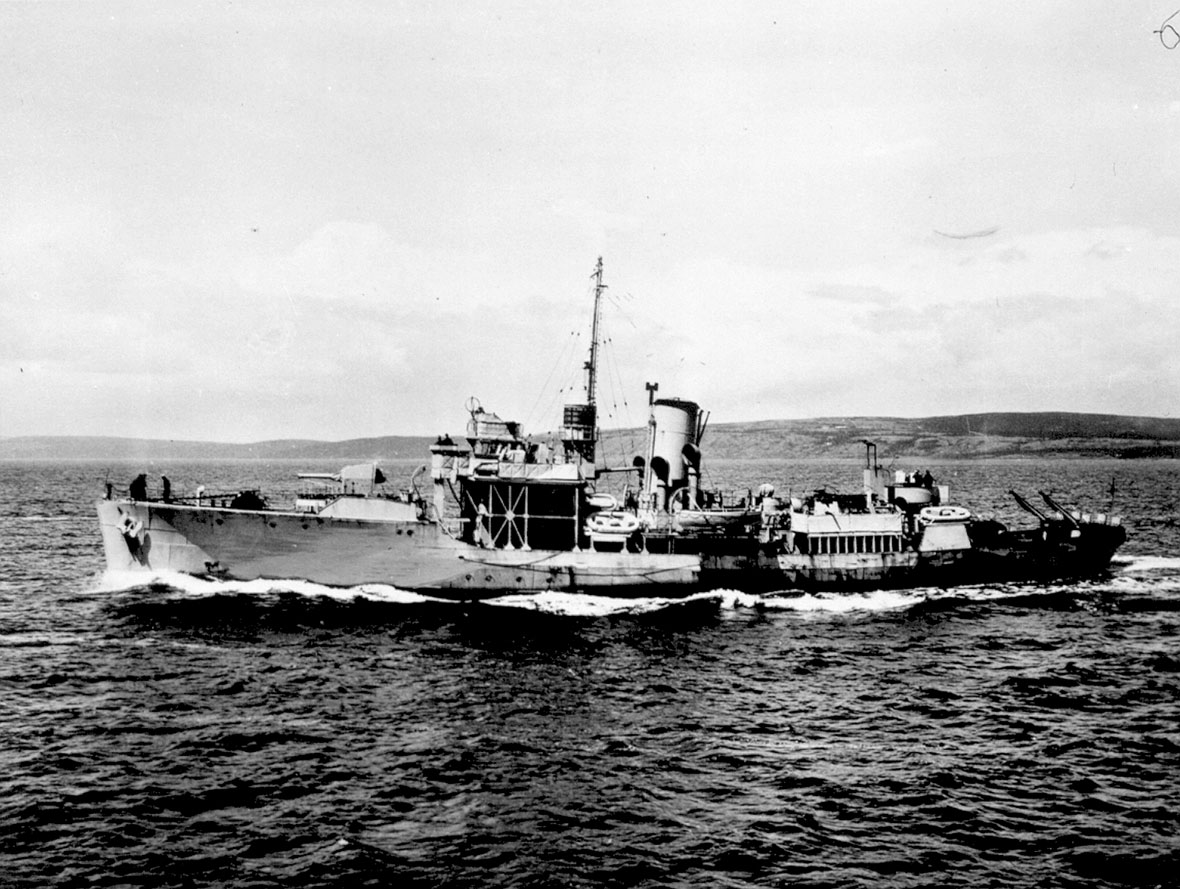 Commissioned at Esquimalt, British Columbia, on February 4, 1941, the Flower Class corvette HMCS Alberni arrived at Halifax, Nova Scotia, on April 13 and left on May 23 for St. John’s, Newfoundland, to join the recently formed Newfoundland Escort Force. HMCS Alberni left the following month with a convoy for Iceland, serving as a mid-ocean escort until May 1942, when she was taken out of service to have a new auxiliary boiler installed.

In September 1941, she had taken part in the defence of convoy SC.42, which lost 18 ships to as many U-boats. Assigned to duties in connection with the invasion of North Africa, she sailed for the United Kingdom in October with convoy HX.212, and until February 1943 escorted convoys between the United Kingdom and the Mediterranean.

She returned to Halifax in March 1943 and served briefly with the Western Local Escort Force before transferring to Québec Force in May. For the next 5 months she escorted Québec-Labrador convoys, leaving Gaspé, Québec on November 6 to undergo repairs at Liverpool, Nova Scotia. With repairs completed early in February, she proceeded to Bermuda to work up, and on her return to Halifax joined Escort Group W-4.

On April 24, she sailed for the United Kingdom for duties connected with the upcoming invasion, and was still engaged in these when, on August 21, 1944 she was torpedoed and sunk by U-480, southeast of the Isle of Wight. Fifty-nine of her ship’s company lost their lives.