There has been only one vessel named Algoma in the Royal Canadian Navy. 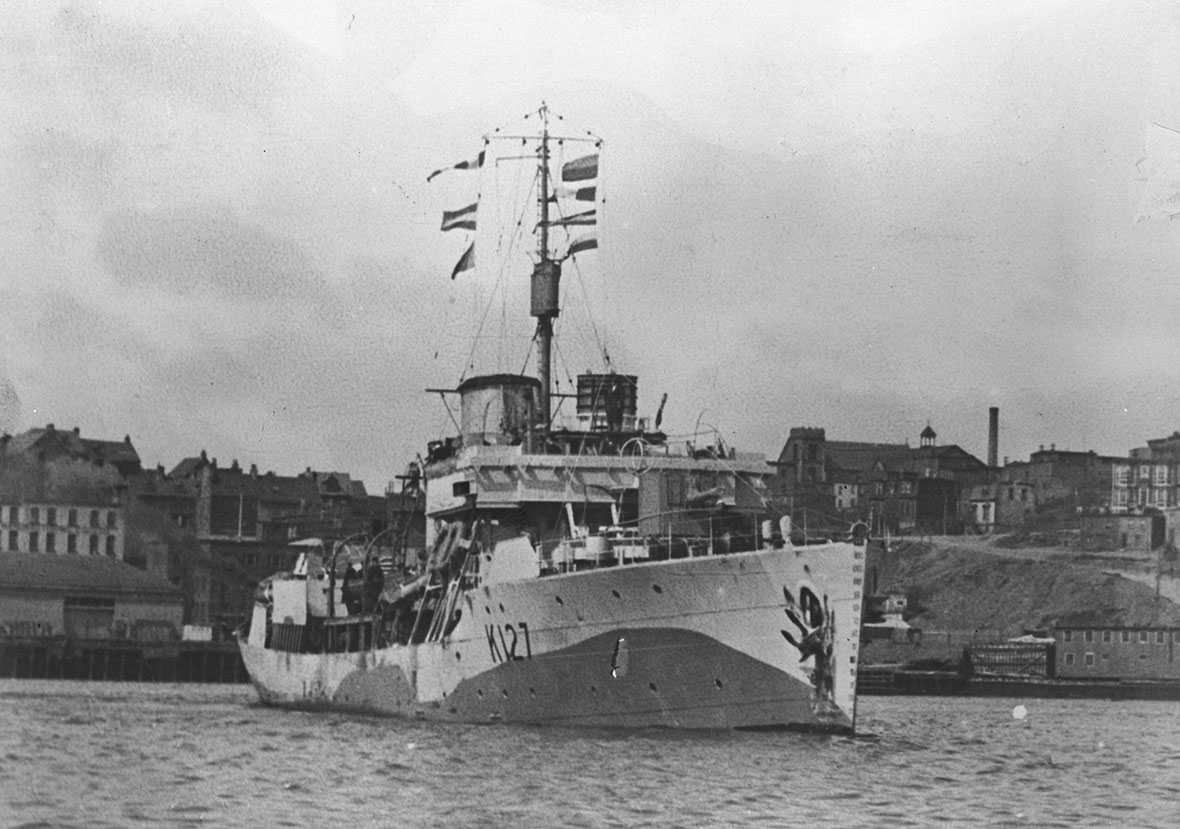 Alternatively named for Algoma Mills, Ontario, because the name was too long, the Flower Class corvette Algoma was commissioned at Montréal, Quebec, on July 11, 1941 and arrived at Halifax, Nova Scotia, July 18. She escorted her first convoy to Iceland in September, and was thereafter employed as an ocean escort until the end of May 1942. During this period she was involved in 2 major convoy actions: ONS.67 (February 1942) and ONS.92 (May 1942). In July 1942, after 6 weeks of repairs at Liverpool, Nova Scotia, she joined the Western Local Escort Force. In October, allocated to duties in connection with the invasion of North Africa, she left for Britain with convoy SC.107, which lost fifteen ships to U-boat attacks. Algoma served under Royal Navy orders the next few months, escorting convoys between Britain and the Mediterranean. In February 1943, she was based at Bône, Algeria, but returned in April to St. John’s, Newfoundland, via the United Kingdom. She served briefly with Western Support Force based at St. John’s, which existed only during May 1943, and with Western Local Escort Force before joining Quebec Force in June. Algoma escorted Quebec-Labrador convoys until mid-November, when she was loaned to Escort Group C-4 for one round trip to the United Kingdom. She arrived at Liverpool, Nova Scotia, late in December for a major refit, which included extending her forecastle, and was not completed until mid-April 1944. In May, she joined Escort Force C-5 and arrived in Bermuda on June 1, to work up. Returning to St. John’s on June 27, she made 3 round trips to the United Kingdom before joining Escort Group 41 (Royal Navy), Plymouth Command, in September. She was employed on patrol and escort duties in the Channel until the end of May 1945, when she returned to Canada and was paid off July 6 for disposal at Sydney, Nova Scotia. In 1945, she was sold to the Venezuelan Navy, renamed Constitución, and was not discarded until 1962.