There have been 3 vessels named Athabaskan in the Royal Canadian Navy. All were named for the Canadian First Nations language group. 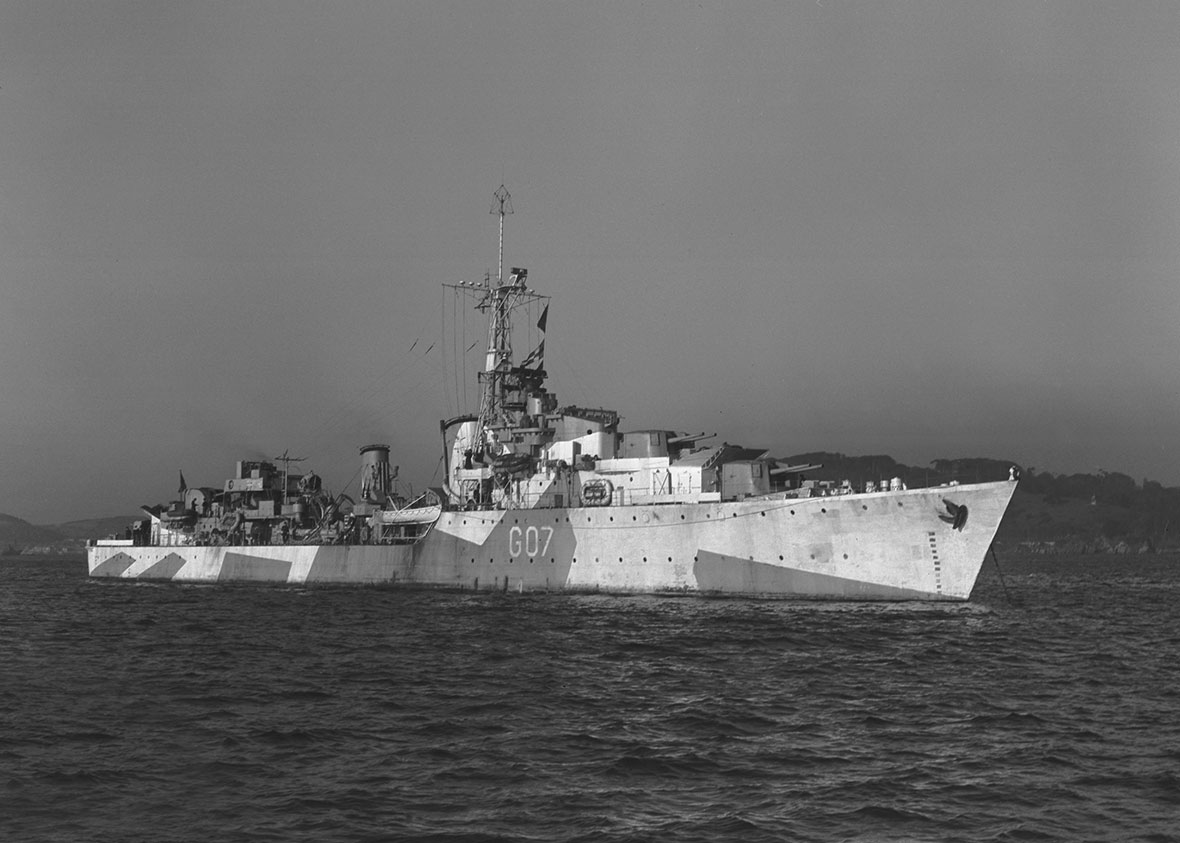 Commissioned on February 3, 1943, the Tribal Class destroyer HMCS Athabaskan’s first mission was to patrol the Iceland-Faeroes Passage for blockade-runners. Afterwards, she carried out anti-submarine patrols. On August 27, she was hit by a glider bomb off the Spanish coast but managed to reach England. Returning to Scotland in December, she escorted convoys to Russia. On April 26, 1944, she helped sink the German torpedo boat T29. Three days later, a torpedo from the German torpedo boat T24 sank her north of the Île de Bas while operating with her sister-ship HMCS Haida. Her captain and 127 men were lost, 85 were taken prisoner, 42 were rescued by HMCS Haida, and the remaining 6 managed to reach England in a small craft. 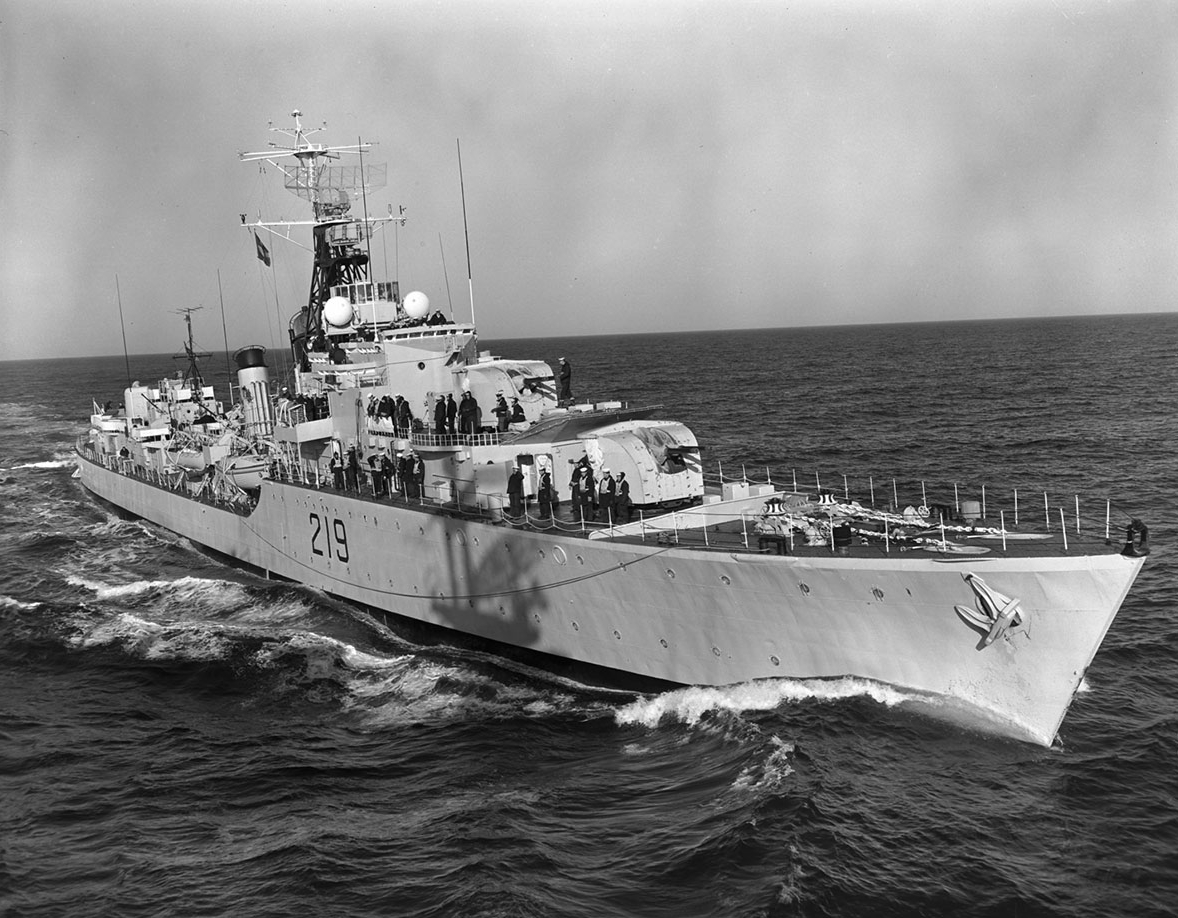 Last of the Tribal Class destroyers to be completed; the “Athabee” was commissioned on January 20, 1948, and sailed in May for the west coast where she trained new entries and officer cadets until the outbreak of the Korean War in which she served 3 tours of duty. In October 1954, she was converted to a destroyer escort and resumed her training role until 1959 when she sailed for the east coast. After 5 years of training cruises and exercises, she was placed in reserve and was paid off on April 21, 1966. She was broken up at La Spezia, Italy, in 1970.

The Iroquois Class destroyer HMCS Athabaskan was commissioned on September 30, 1972. Over the course of the next 20 years, as part of the First Canadian Destroyer Squadron she deployed on a multitude of NATO and other allied exercises; she was the flagship for the Standing Naval Force Atlantic several times. As well, she participated in fisheries and sovereignty patrols. In 1990, she participated in Operation FRICTION as flagship for the Canadian Task Group in the Persian Gulf War. She underwent an extensive mid-life upgrade refit from 1991 to 1994. In 1995, she took part in Exercise UNITAS along with ships from South America, Spain and the United States. In 2006, she sailed for the Gulf of Mexico to deliver humanitarian aid supplies in the wake of Hurricane Katrina. She has served several times as flagship of the Canadian Fleet Commander and in 2007 embarked the staff commanding the Standing NATO Maritime Group One. 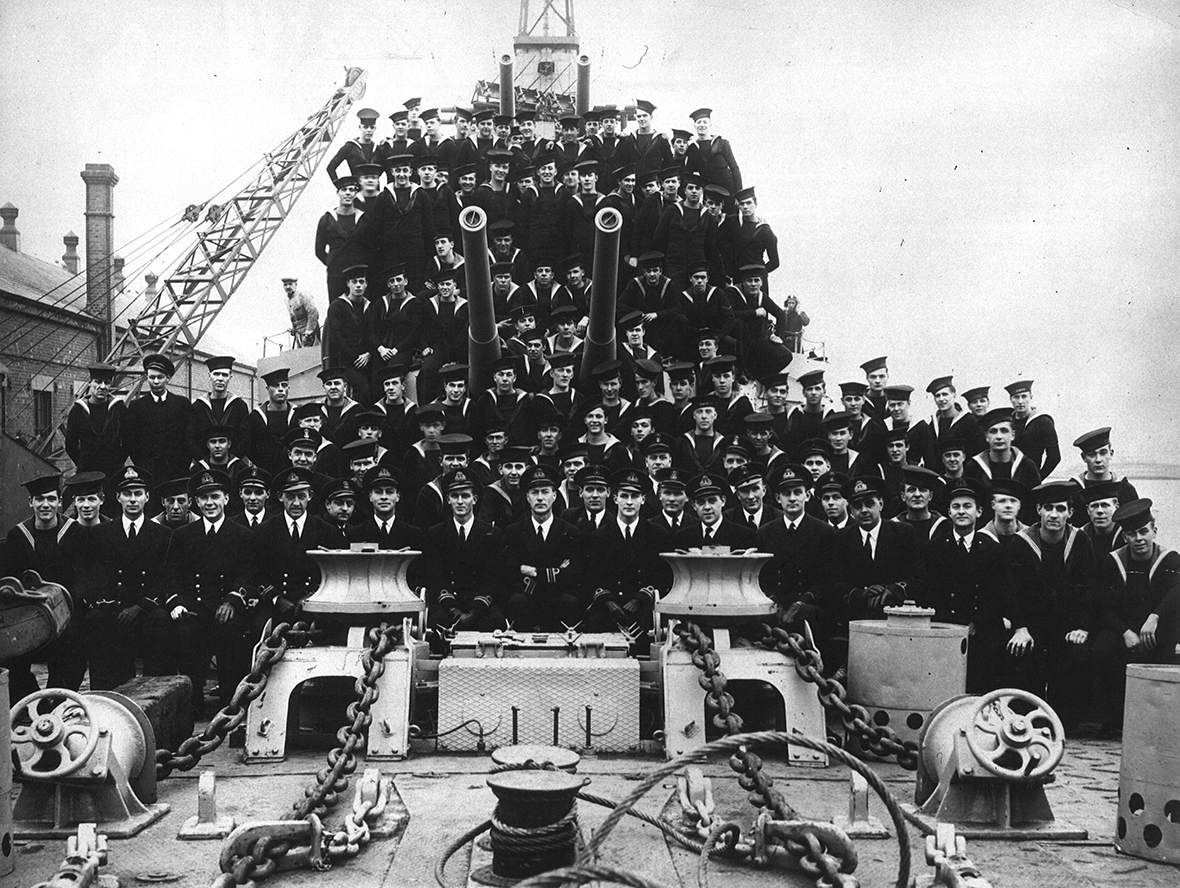 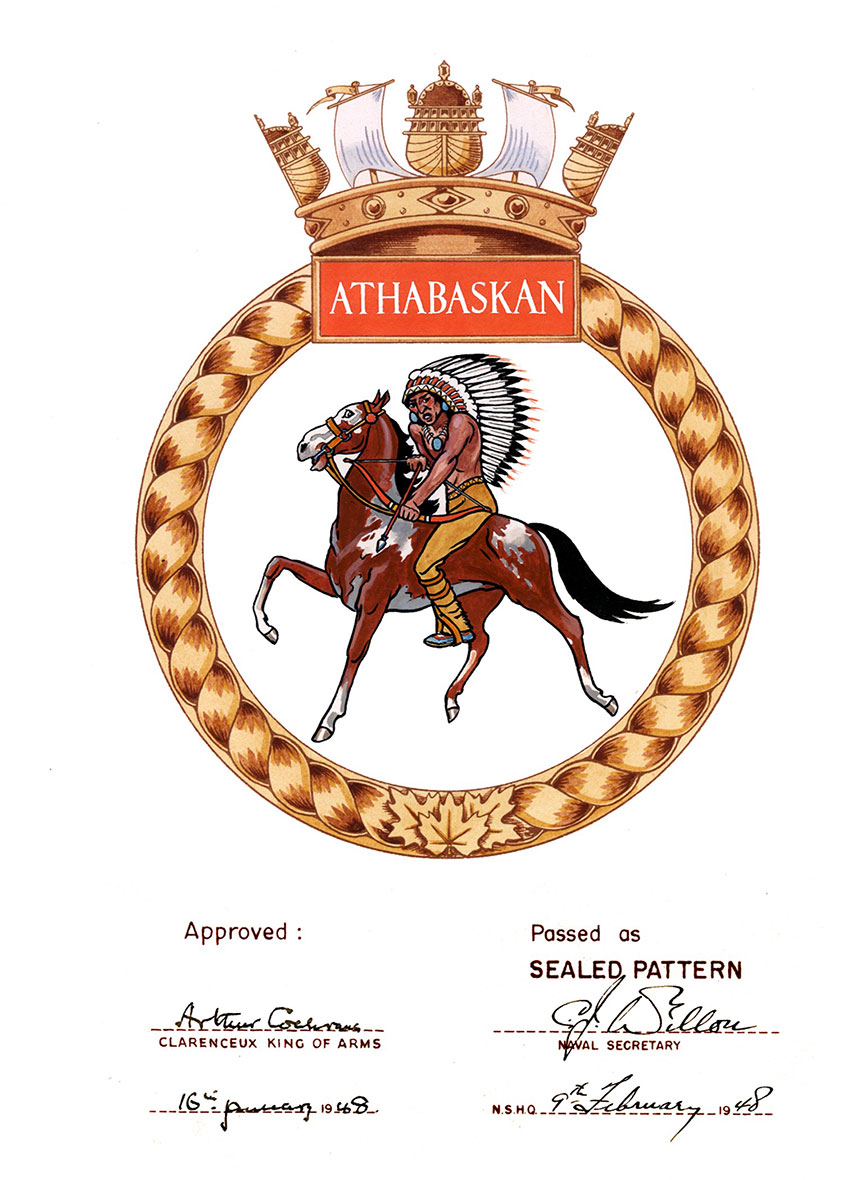 Motto: “We Fight As One”