There have been two vessels named Bras D’Or in the Royal Canadian Navy.

The New York ship owner for whom this trawler was ordered at Sorel went bankrupt soon after her launching in 1919, and she and five sisters were sold incomplete. She was completed in 1926 for service with the Department of Marine and Fisheries as Lightship No. 25.

She was requisitioned on 15 September 1939 as an auxiliary minesweeper and renamed Bras D’Or, after Bras D’Or Lake near Baddeck NS, where Dr. Alexander Graham Bell tested his experimental hydrofoil. She patrolled the Halifax approaches from 1939 to 1940. She joined the St. Lawrence Patrol in June 1940, based at Rimouski, and on 10 June intercepted and seized the Italian freighter Capo Noli. On the night of 18-19 October 1940, while keeping the Rumanian freighter Ingener N. Vlassopol under surveillance in the Gulf of St. Lawrence, Bras D’Or disappeared with her crew. 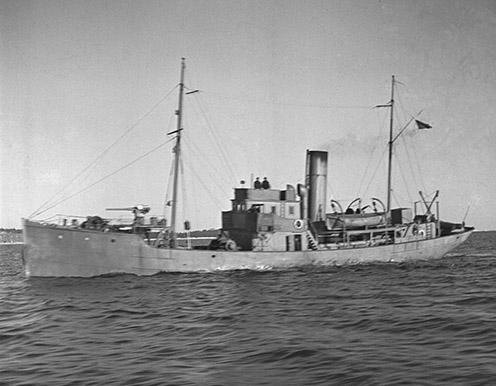 In 1919 a hydrofoil craft developed by Alexander Graham Bell and F.W. Baldwin attained the unheard of speed of 60 knots in trials on Cape Breton’s Bras D’Or Lake. It was powered by two aircraft engines and air propellers. The potential of such a craft as an anti-submarine vessel was finally considered in the early 1950s, when a small test vessel was built in Britain to Naval Research Establishment specifications. It arrived at Halifax aboard HMCS Bonaventure in 1957, and its performance led to the awarding of a contract to De Havilland Aircraft of Canada in 1963.

HMCS Bras D’Or, named for the scene of the first tests and designated a fast hydrofoil escort (FHE), was commissioned in 1968. When “hull-borne” at low speeds, the craft is driven by a 2,400-BHP diesel engine, but at about 23 knots the foils lift the hull clear of the water, and propulsion is taken over by a 30,000-SHP gas turbine engine powering twin screws. Trial speeds as great as 63 knots were attained.

Despite the evident success of the prototype FHE, she was laid up in 1971 and, in 1982, presented to a marine museum at L’Islet-sur-Mer, on the St. Lawrence River below Quebec. 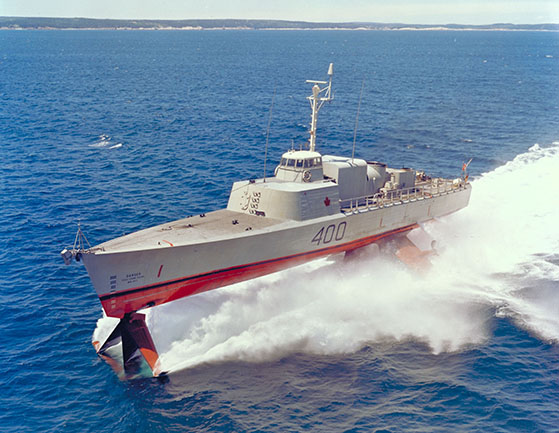 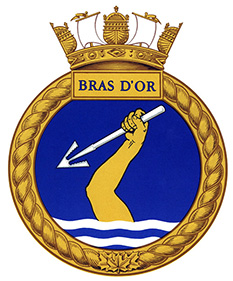