There has been only 1 vessel named Canso in the Royal Canadian Navy. 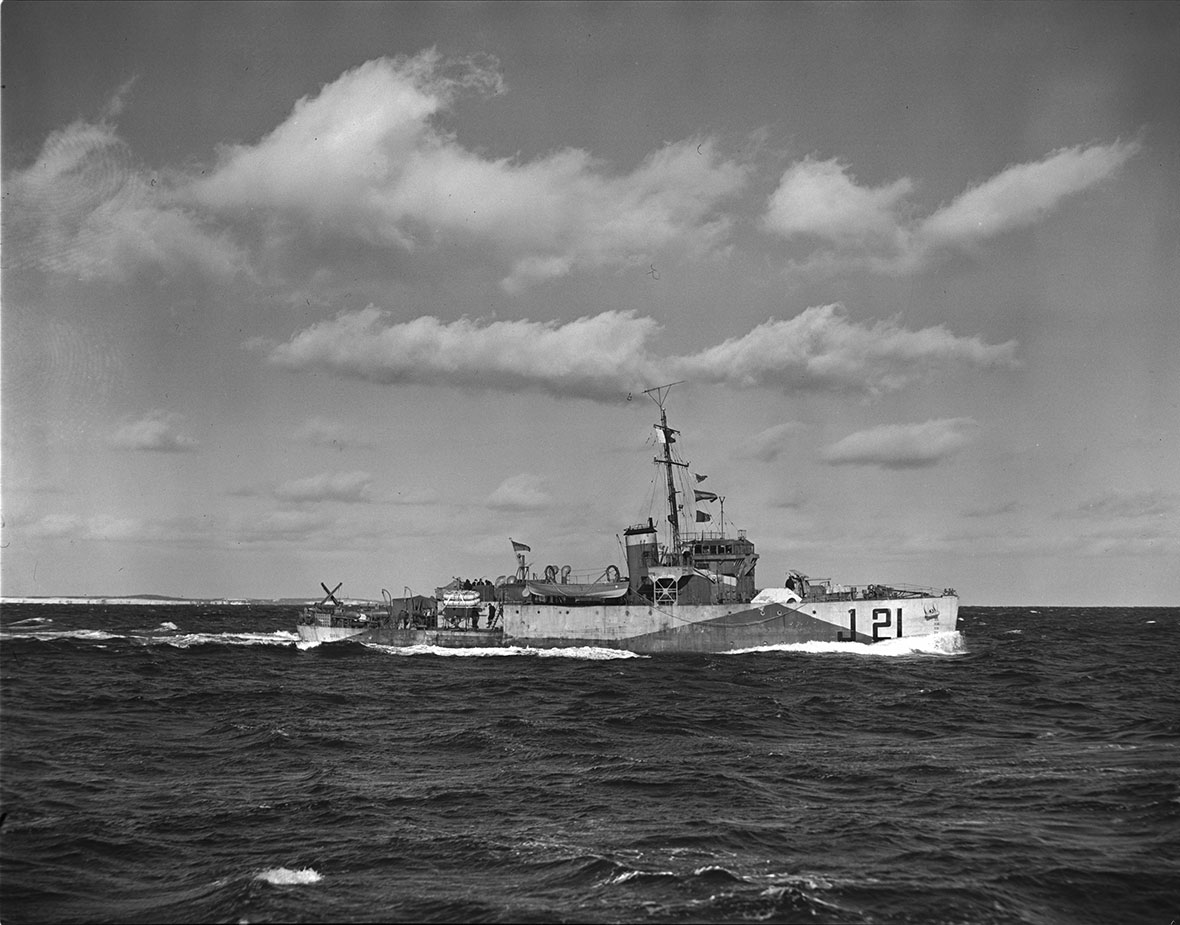 Built for the Royal Navy, but transferred to the Royal Canadian Navy for manning, the Bangor class minesweeper HMCS Canso was commissioned at Vancouver, British Columbia, on March 6, 1942.

After working-up, she was assigned to Esquimalt Force from May 1942 to July 1943, when she was allocated to Halifax Force. She left Esquimalt, British Columbia, on July 8, 1943, and arrived at Halifax, Nova Scotia, on August 19.

On February 21, 1944, with HMCS Guysborough, HMCS Kenora and HMCS Wasaga, she sailed from Halifax via the Azores for Plymouth, arriving on March 7. She was allocated in turn to the 32nd, 16th, and 31st Minesweeping Flotillas, and was on hand at D-Day.

In August 1944, she returned briefly to Canada for a refit at Saint John, New Brunswick, and in November resumed her task of clearing German minefields. She was paid off on September 24, 1945, and returned to the Royal Navy at Sheerness, Great Britain, before being broken up at Sunderland, Great Britain, in 1948.