There has been only one establishment named Cataraqui in the Royal Canadian Navy. 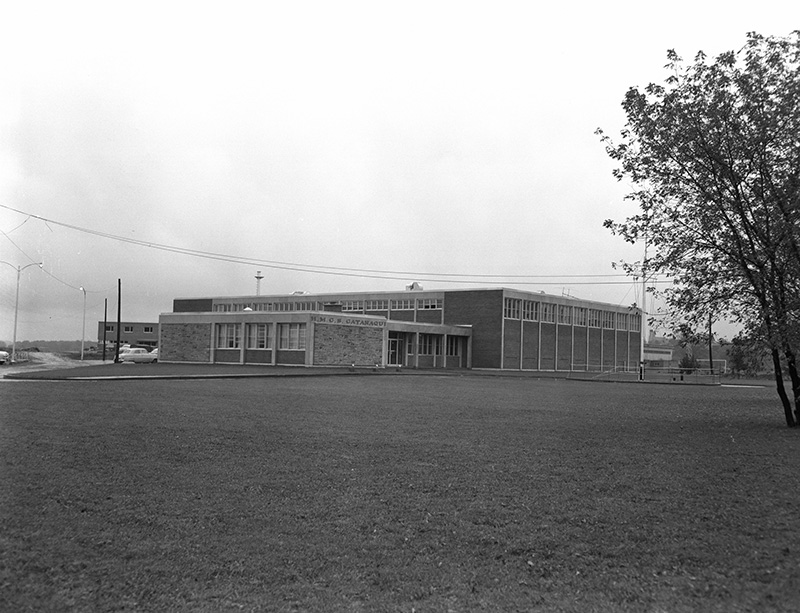 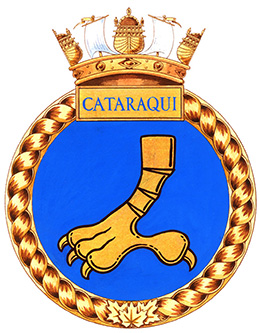 In response to the outbreak of the Second World War in 1939, the Kingston, ON, naval division was established on the site of the old Feed Mill. It was commissioned as HMCS Cataraqui in late 1941. HMCS Cataraqui has occupied several sites in Kingston and moved into the current building at 24 Duty Drive in 1992.This location along the Cataraqui River provides an ideal training facility for small boats and diving operations, including easy access to Lake Ontario. Close to both the water and to additional military support facilities, Cataraqui has been a frequent host to regional and national level port security exercises.

HMCS Cataraqui was one of the few Naval Reserve divisions to be assigned a naval air squadron, when, in 1954, the VC 921 Squadron was formed under the command of Lieutenant-Commander (Pilot) Allan Burgham. The squadron paraded as a part of Cataraqui and maintained a training base at the Kingston airport, where they flew Harvard aircraft until they were disbanded in 1959.

Motto: “Porta Lacuum, Portus Classis” (Gate of the Lakes, Port of the Fleet)