There have been 3 vessels named Charlottetown in the Royal Canadian Navy. 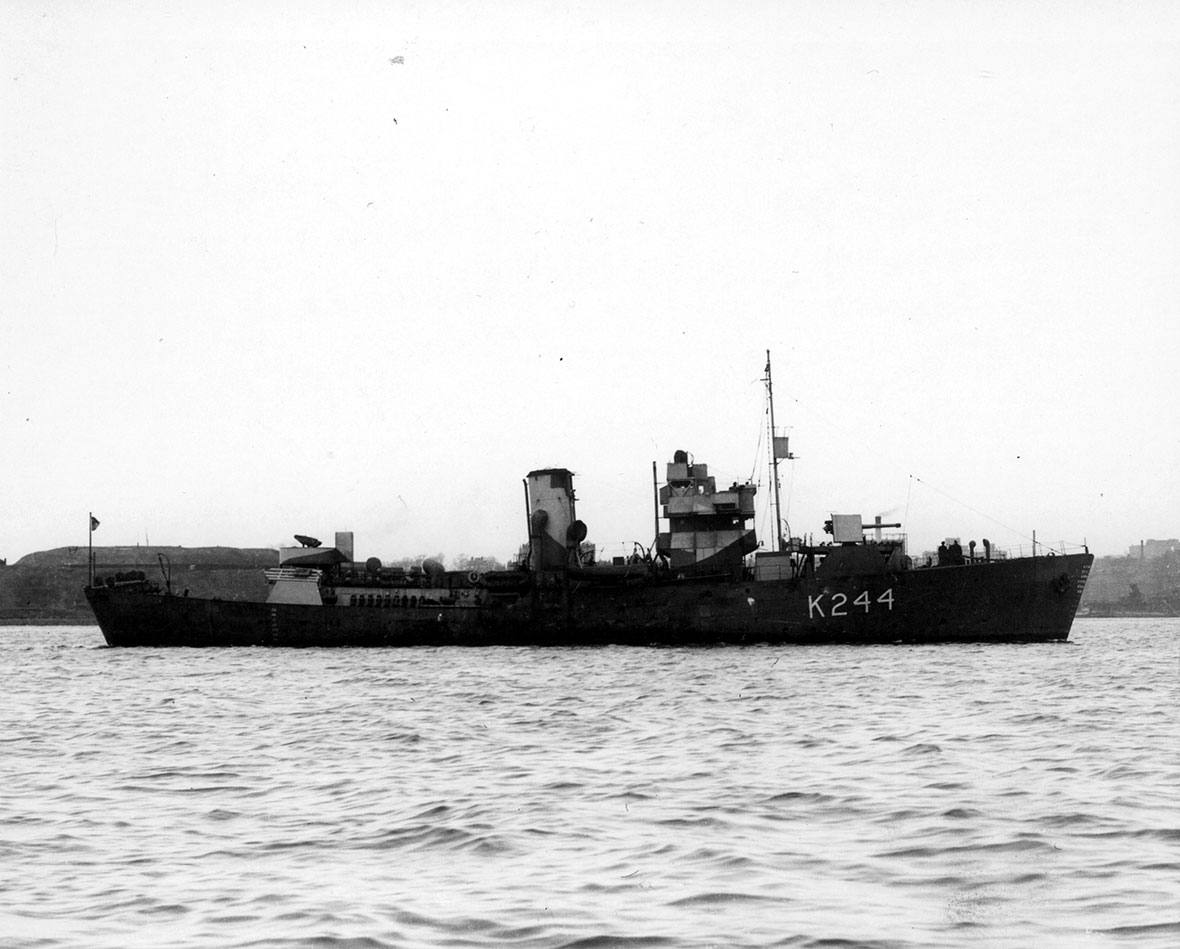 Commissioned at Quebec City on December 13, 1941, the Flower Class corvette HMCS Charlottetown arrived at Halifax, Nova Scotia, on December 18. She served with Western Local Escort Force until mid-July 1942 and then transferred to Gulf Escort Force owing to increased U-boat activity in the Gulf of St. Lawrence. She was employed as escort to Québec-Sydney convoys. On September 11, 1942, she was torpedoed and sunk by U-517 in the St. Lawrence River, near Cap Chat, Québec. Nine of her ship’s company was lost.

Commissioned on April 28, 1944 at Quebec City, the River Class frigate visited her namesake city in Prince Edward Island en route to Halifax on May 22, where she was assigned to Escort Group 16. She left Halifax on March 7, 1945 for Londonderry, Northern Ireland. In May, she escorted 2 convoys to Gibraltar and 2 back, and in mid-June left Londonderry for Sydney, Nova Scotia. There she commenced a refit and on March 3, left for Esquimalt, British Columbia. She spent the rest of the year training cadets and new entries, and on March 25, 1947 was paid off at Esquimalt. She was sold the same year and her hull expended as a breakwater at Oyster Bay, British Columbia. She has the distinction to bear the same pennant number, K244, as her predecessor. 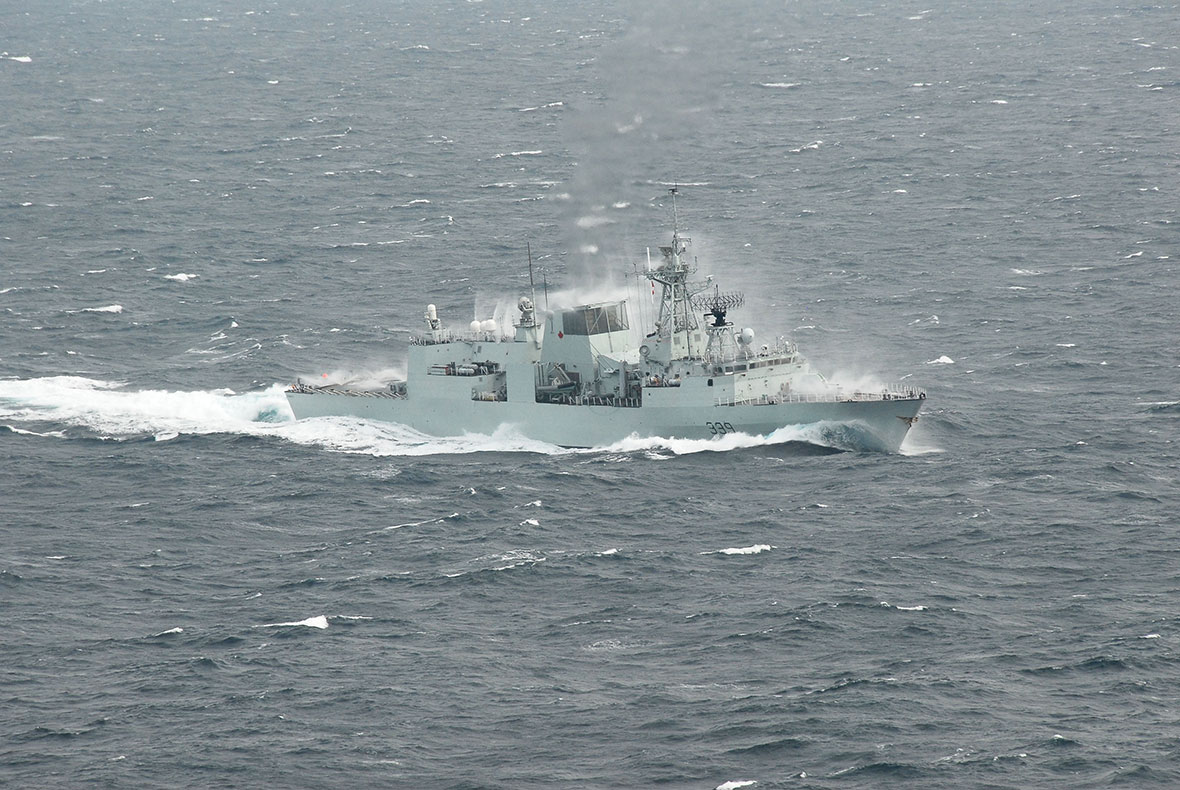 The Halifax Class frigate was commissioned on September 9, 1995 in her namesake city. On August 22, 1997, she visited her namesake port and was the first Canadian warship to pass under the Confederation Bridge. In February 1998, she began a 6-month deployment with the Standing Naval Forces. On January 22, 2001, she sailed for the Arabian Gulf, joining an American Battle Group in sanctions against Iraq. Later that same year she supported coalition against international terrorism, conducting arms embargo operations and screening of other naval units in the area. In 2004, she represented Canada in overseas celebrations for the 60th anniversary of D-Day. In 2006, she underwent a mid-life refit. On November 1, 2007, she departed Halifax to join with an American Carrier Strike Group, deployed to the Persian Gulf region to conduct Maritime Security Operations in support of the War on Terror. She is stationed in Halifax and continues to conduct operations in support of Canada’s domestic and international policies. 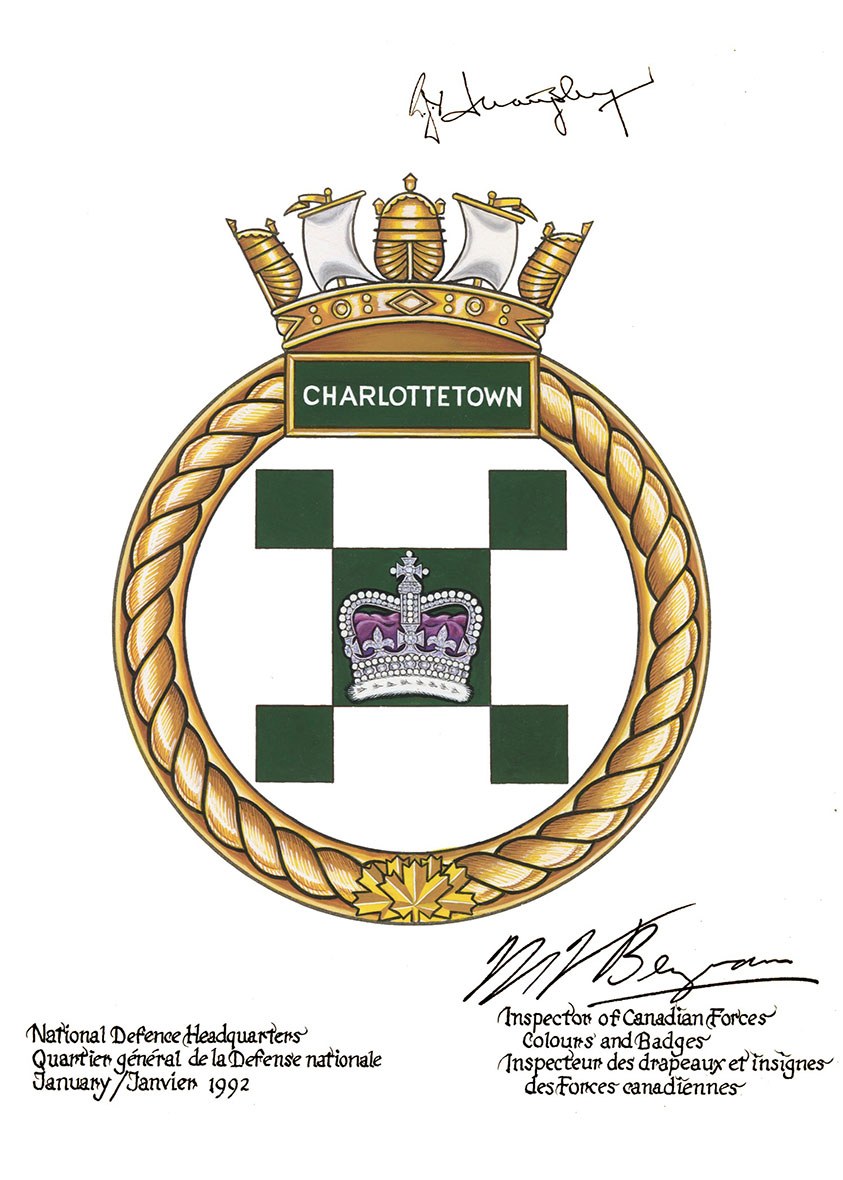