There has been only 1 vessel named Chilliwack in the Royal Canadian Navy. 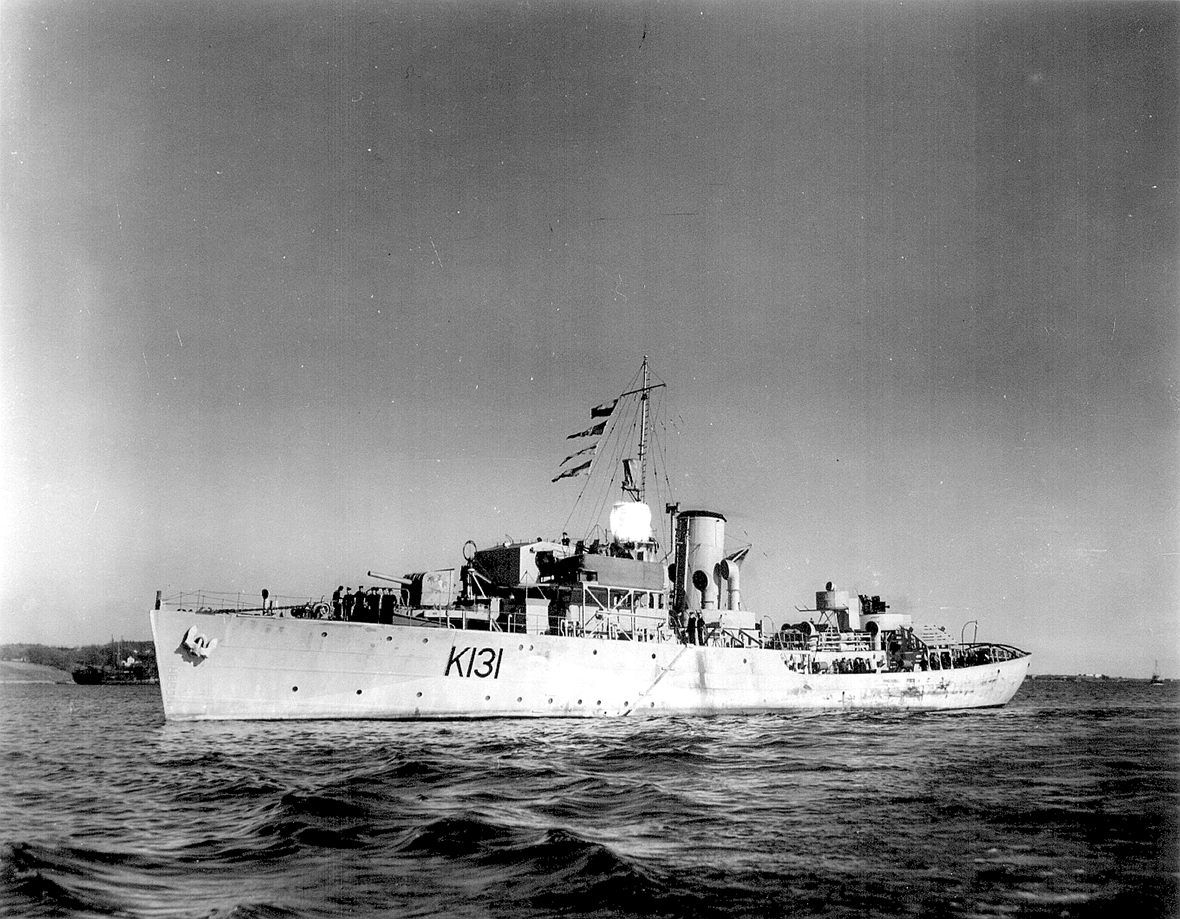 Commissioned at Vancouver, British Columbia, on April 8, 1941, the Flower Class corvette HMCS Chilliwack arrived at Halifax, Nova Scotia, on June 19, was assigned to Newfoundland Command in July, and for the rest of the year escorted convoys between St. John’s, Newfoundland, and Iceland. Early in February, she escorted convoy SC.67, her first transatlantic convoy, and was thereafter employed almost continuously as an ocean escort until November 1944.

In the course of a major refit from April to October 1943 at Dartmouth, Nova Scotia, she acquired her long forecastle. Assigned on December 4, to Escort Group W-8, Western Escort Force, she left for a month’s workups in Bermuda. Reassigned in April 1945 to Halifax Force, she was temporarily loaned to Escort Group C-1 the following month for 1 final round trip to Londonderry, North Ireland. Paid off July 14 and laid up at Sorel, Quebec, Chilliwack was broken up at Hamilton, Ontario in 1946.