There has been only 1 vessel named Coaticook in the Royal Canadian Navy. 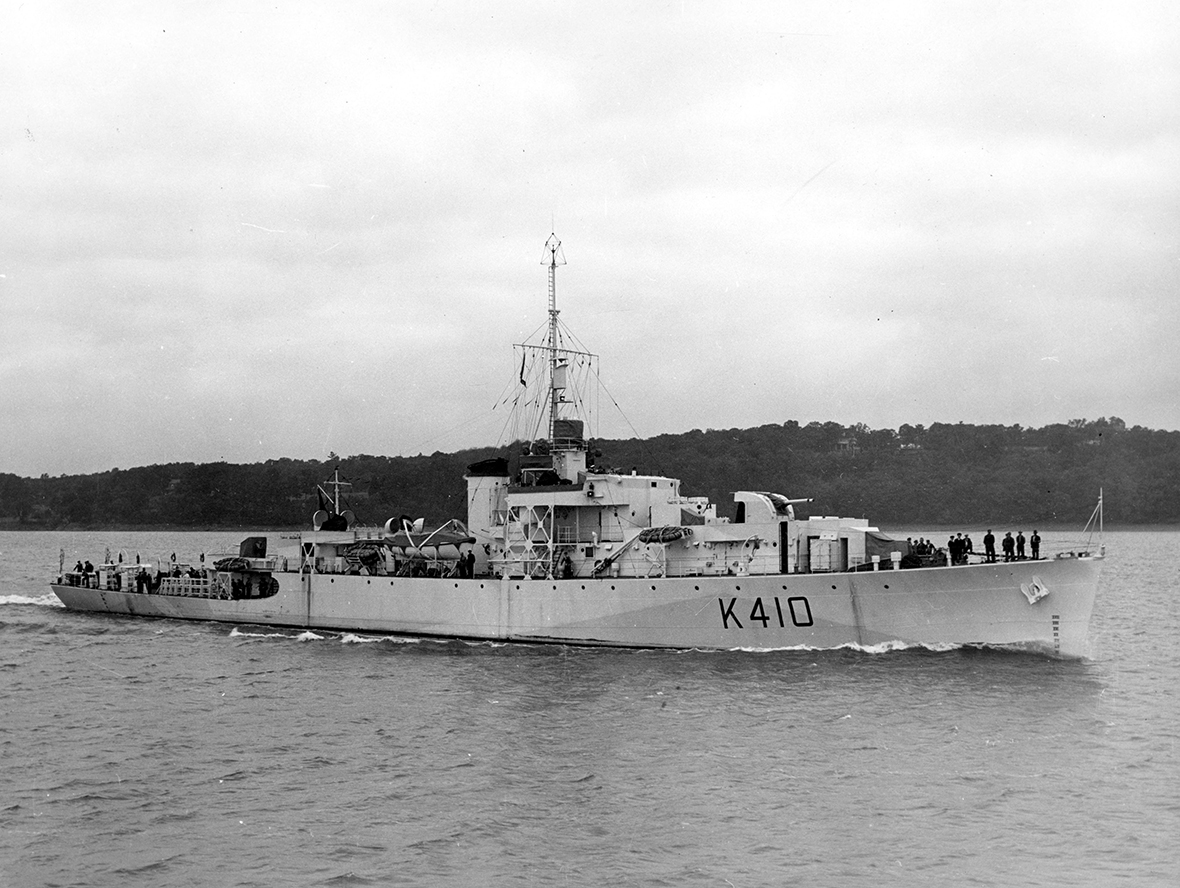 Commissioned on July 25, 1944 at Quebec City, Quebec, the River class frigate HMCS Coaticook proceeded to Bermuda in mid-September for 3 weeks of work-ups.

She was then assigned to Escort Group 27, with which she served on anti-submarine and support duties out of Halifax, Nova Scotia for the balance of the war.