There has been only 1 vessel named Cobourg in the Royal Canadian Navy. 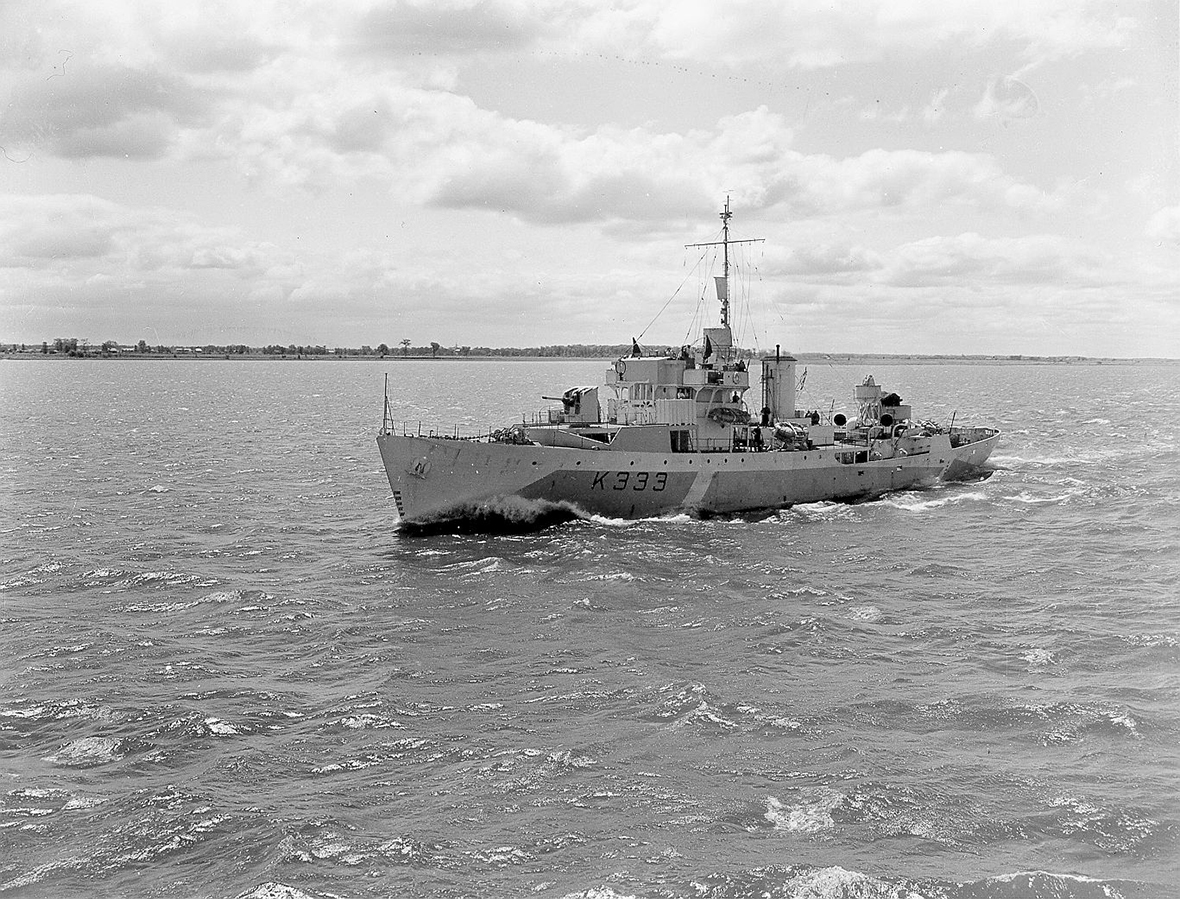 Commissioned at Midland, Ontario, on May 11, 1944, the Flower class corvette HMCS Cobourg arrived at Halifax, Nova Scotia, on June 17, having paid a visit to her namesake port en route. She arrived in Bermuda in mid-July for 3 weeks’ workups, and on her return was allocated to Escort Group C-6, in St. John’s, Newfoundland.

HMCS Cobourg served with the group as a mid-ocean escort for the duration of the war, leaving Londonderry, Northern Ireland on March 27, 1945 to join convoy ON.293 for her last trip westward. She arrived at Halifax May 2 for refit, and was paid off June 15 at Sorel to await disposal.

Sold into mercantile service in 1945, she began her new career in 1947 under the name of Camco. In 1956, she assumed the name Puerto Del Sol under Panamanian flag, and on July 1, 1971, she burned and sank at New Orleans. She was later raised and scrapped.