There has been only 1 vessel named Collingwood in the Royal Canadian Navy. 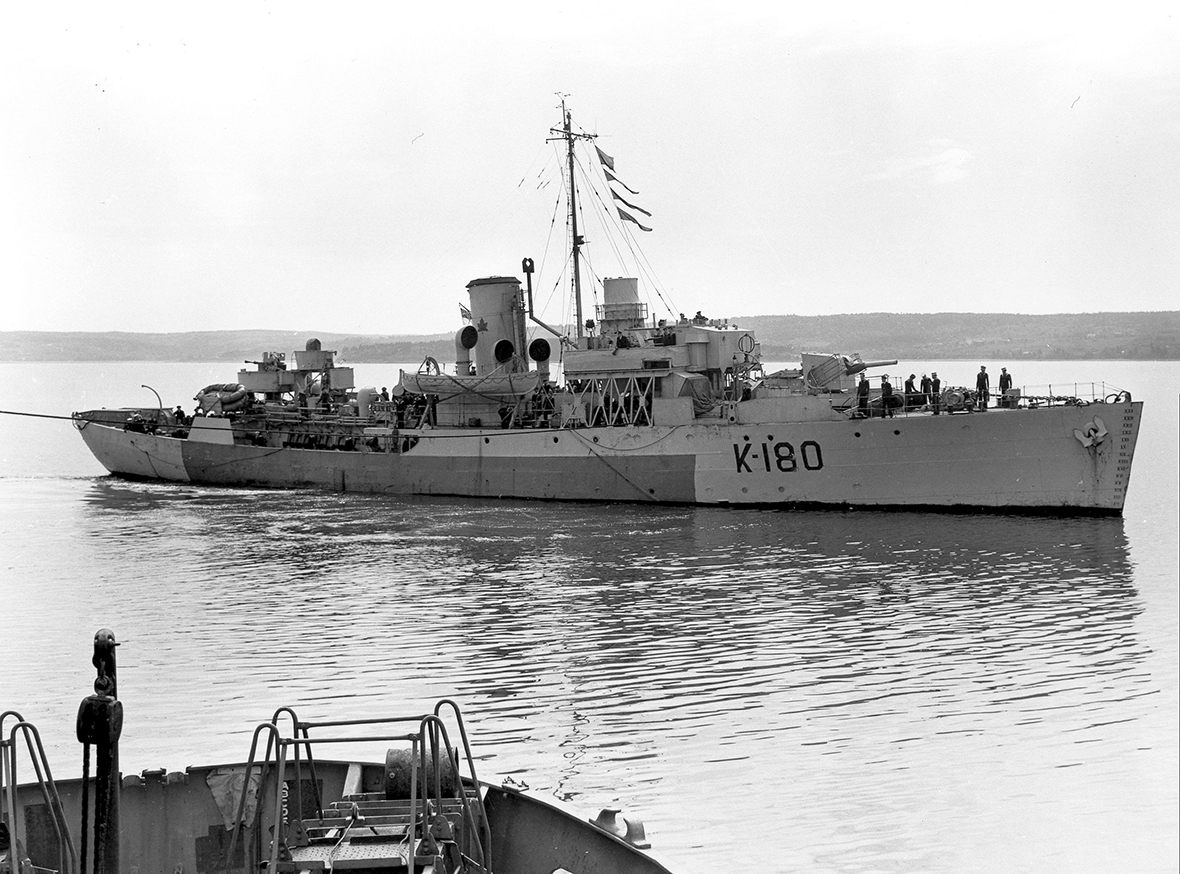 The first Royal Canadian Navy corvette to enter service, the Flower Class HMCS Collingwood, was commissioned on November 9, 1940 at Collingwood, Ontario, arrived at Halifax, Nova Scotia, December 4, and joined Halifax Force in January 1941. She sailed on May 23, as 1 of the 7 corvettes that were charter members of Newfoundland Command, and in June commenced a 6-month employment as an escort between St. John’s, Newfoundland, and Iceland.

Early in December 1941, she began a 2-month refit at Halifax, following which she resumed mid-ocean escort duties between St. John’s and Londonderry, Northern Ireland. These duties continued, with time off for 3 minor refits, until the end of 1944. From December 1942 onward, she was a member of Escort Group C-4. HMCS Collingwood was involved in 1 major convoy battle, that of HX.133 in June 1941, when 8 ships were torpedoed and 6 sunk. During her refit at New York City from October to December 1943, she received her extended forecastle.

She left Londonderry on November 16, 1944, for the last time, refitted briefly at Liverpool, Nova Scotia and then went to Digby, Nova Scotia, to serve as a training ship from April to June 1945. Paid off on July 23, 1945, and laid up at Sorel, Quebec, she was broken up at Hamilton, Ontario in 1950.