There has been only 1 vessel named Dawson in the Royal Canadian Navy. 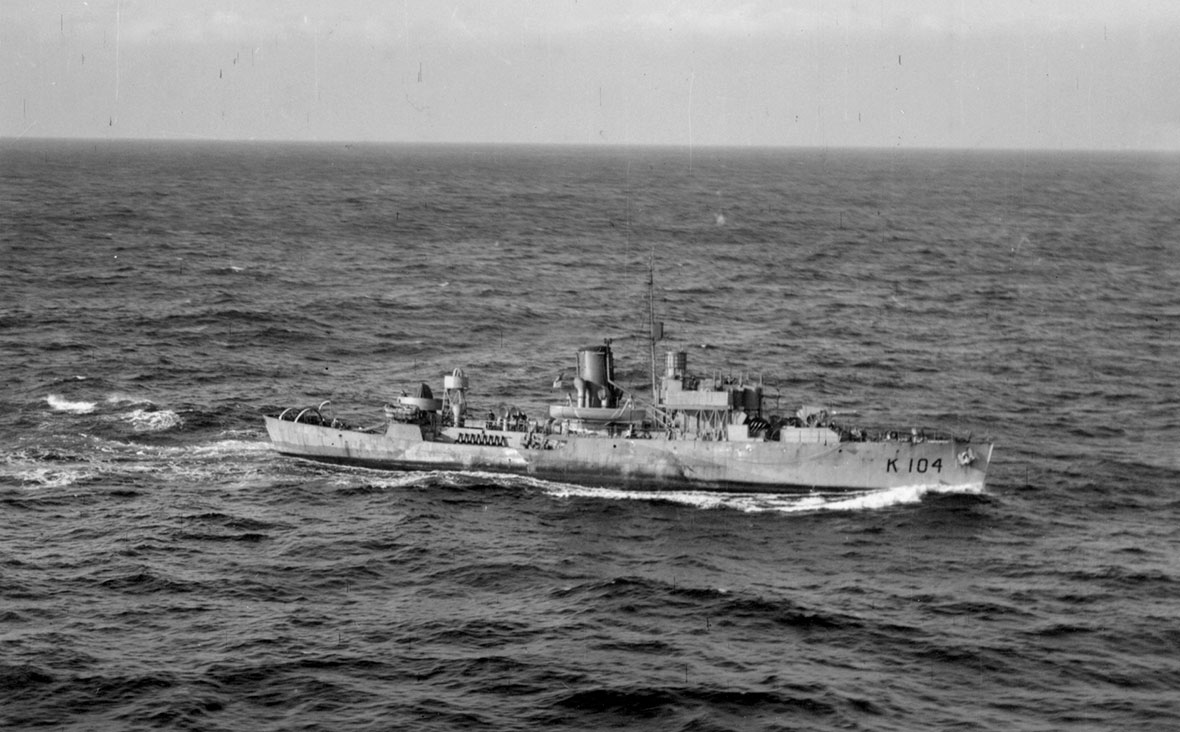 Built at Victoria, British Columbia, the Flower Class corvette HMCS Dawson was commissioned on October 6, 1941 and after working up joined Esquimalt Force for local patrol duty. On August 20, 1942, she arrived at Kodiak, Alaska to take part in the Aleutian campaign under United States operational control, returning to Esquimalt, British Columbia, November 4. She resumed her duties with Esquimalt Force until February 1943, when she again proceeded to Alaskan waters to work with United States naval units until the end of May.

In September, she commenced a major refit, including forecastle extension, at Vancouver, British Columbia, worked up following its completion January 29, 1944 and on February 14 left for Halifax, Nova Scotia. Arriving there March 25, she joined Escort Group W-7, Western Escort Force.

Early in January 1945, she began a refit at Dartmouth, Nova Scotia, on completion of which, in April, she went to Bermuda to work up. The European war had ended by the time she returned, and she was paid off June 19 at Sorel, Quebec. Sold for scrap, she foundered at Hamilton, Ontario, on March 22, 1946, but was raised and broken up.