There has been only 1 vessel named Dundas in the Royal Canadian Navy. 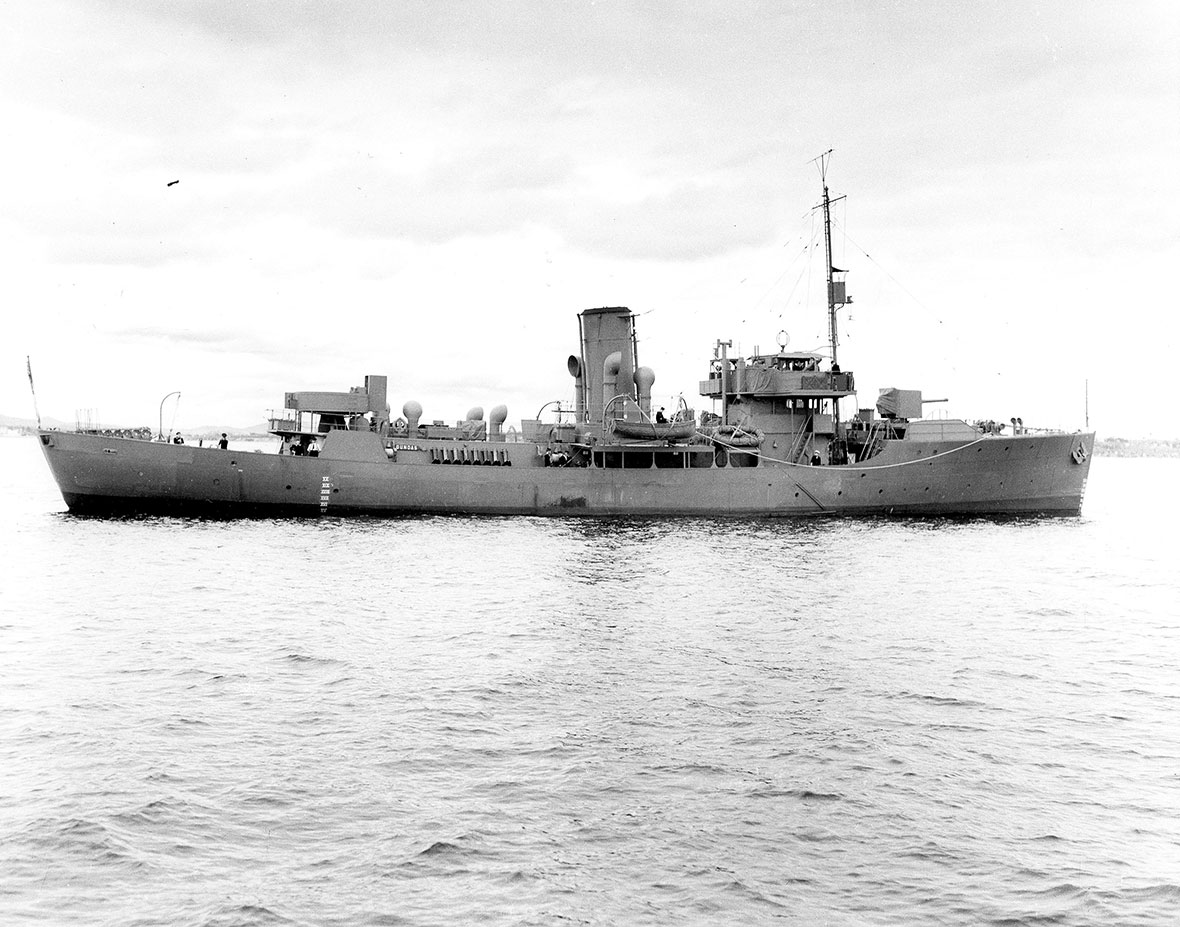 Built at Victoria, British Columbia, and commissioned on April 1. 1942, the Flower class corvette HMCS Dundas joined Esquimalt Force after working-up, and in August made a round trip as convoy escort to Kodiak, Alaska, in support of the Aleutian campaign.

On September 13, she sailed for the east coast to replace an Operation TORCH nominee, joining Western Local Escort Force upon arrival at Halifax, Nova Scotia, on October 13. She served with Escort Group W-7 from June 1943, with W-5 from September 1943, and with W-4 from April 1944.

In the course of a major refit at Montreal, Quebec, from June 13 to November 19, 1943, HMCS Dundas acquired her extended forecastle. She commenced another long refit early in January 1945 at Liverpool, Nova Scotia, resuming service in April.

Paid off on July 17, at Sorel, Quebec, she was sold later that year and broken up in 1946 at Port Colborne, Ontario.