There has been only 1 vessel named Dunver in the Royal Canadian Navy. 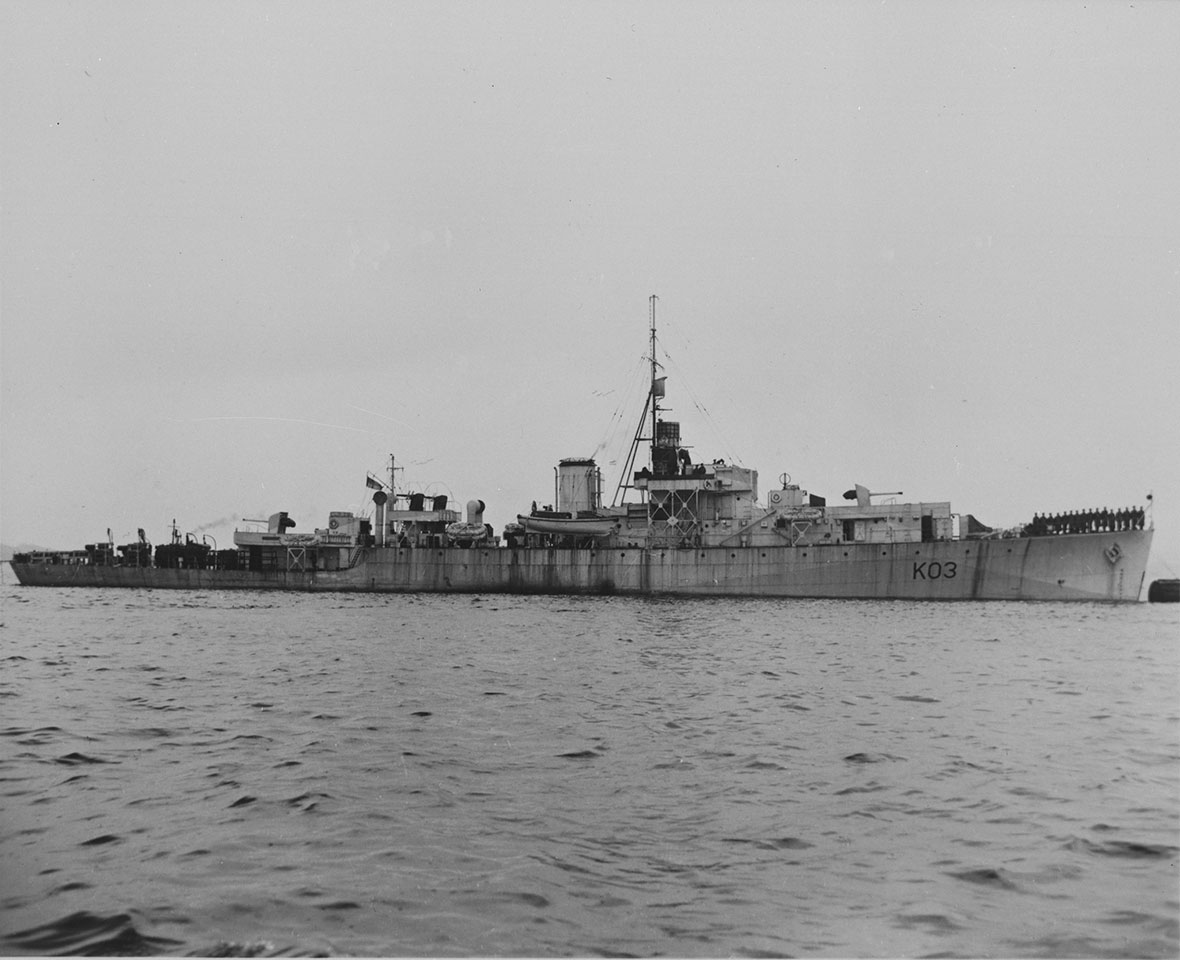 The name represents an odd effort to honour the City of Verdun, Quebec, without duplicating the name of the British destroyer HMSVerdun.

The first River class frigate launched for the Royal Canadian Navy, HMCS Dunver was commissioned at Quebec City, Quebec on September 11, 1943 and arrived at Halifax, Nova Scotia, on October 3, having escorted a Sydney-Halifax convoy en route. After work-ups at Pictou, Nova Scotia, she was allocated to Escort Group C-5 and served continuously on North Atlantic convoys until October 1944. That July, she had been Senior Officer’s ship while escorting convoy HXS.300, the largest of the war, with 167 merchant ships.

On September 9, she and HMCS Hespeler sank German submarine U-484 near convoy ONF.202, south of the Hebrides. In October 1944, she commenced refitting at Pictou, Nova Scotia, completing on December 27, and in April 1945 joined Escort Group 27 in Halifax for the rest of the war. She went to the west coast for refit in June, but this was discontinued in August and she was laid up at Esquimalt, British Columbia. Paid off January 23, 1946, HMCS Dunver was sold and her hull expended as part of a breakwater at Royston, British Columbia in 1948.