There has been only 1 vessel named Fort Frances in the Royal Canadian Navy. 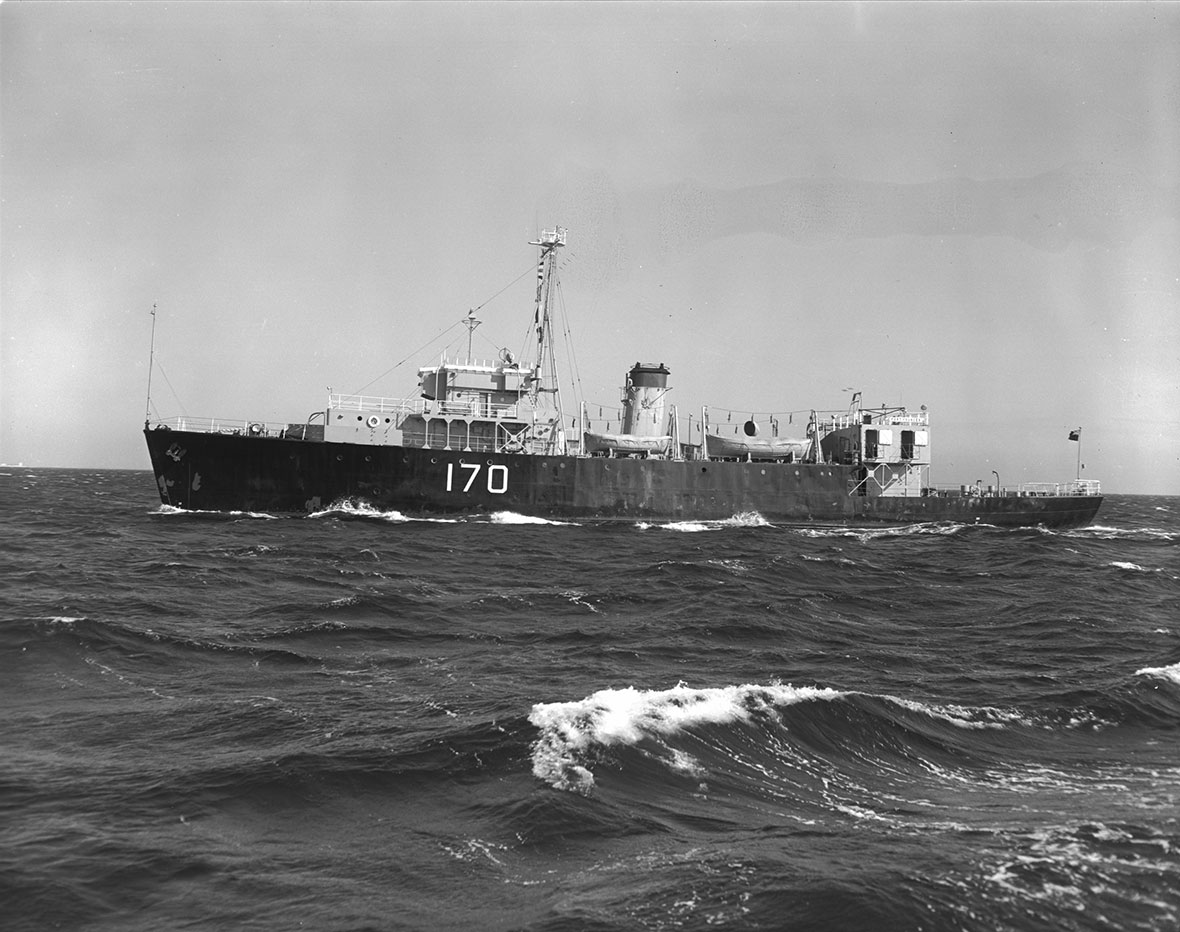 HMCS Fort Frances was an Algerine class minesweeper. Algerine class ships were designed as small vessels that could serve in several roles and not just as minesweepers. Their predecessors, the Bangor class minesweepers, were bluff-bowed ships, very wet in a head sea, and arguably less comfortable even than corvettes in rough weather. These faults were eliminated in the Algerine class, all 12 of which were built at Port Arthur, Ontario. Intended as convoy escorts, they were not fitted with minesweeping gear. Although larger than corvettes, the latter outperformed them as ocean escorts. The Algerines found particular favour as Senior Officers’ ships in Western Local groups. After the war, most found employment for many years on hydrographic survey duties or as training ships for reservists.

Commissioned at Port Arthur, now Thunder Bay, Ontario on October 28, 1944, she arrived at Halifax, Nova Scotia, on November 26 and sailed for Bermuda in January 1945 for work-ups. Returning to Halifax, HMCS Fort Frances served briefly with escort groups W-8 and W-9 of Western Escort Force, before being paid off into maintenance reserve on August 3, 1945.

HMCS Fort Frances was again in commission from October 23, 1945 to April 5, 1946, and in 1948 was handed over to the Department of Mines and Technical Surveys as a hydrographic survey ship. In 1958, she reverted to naval service as a civilian-manned oceanographic research vessel. She was sold for breaking up in 1974. 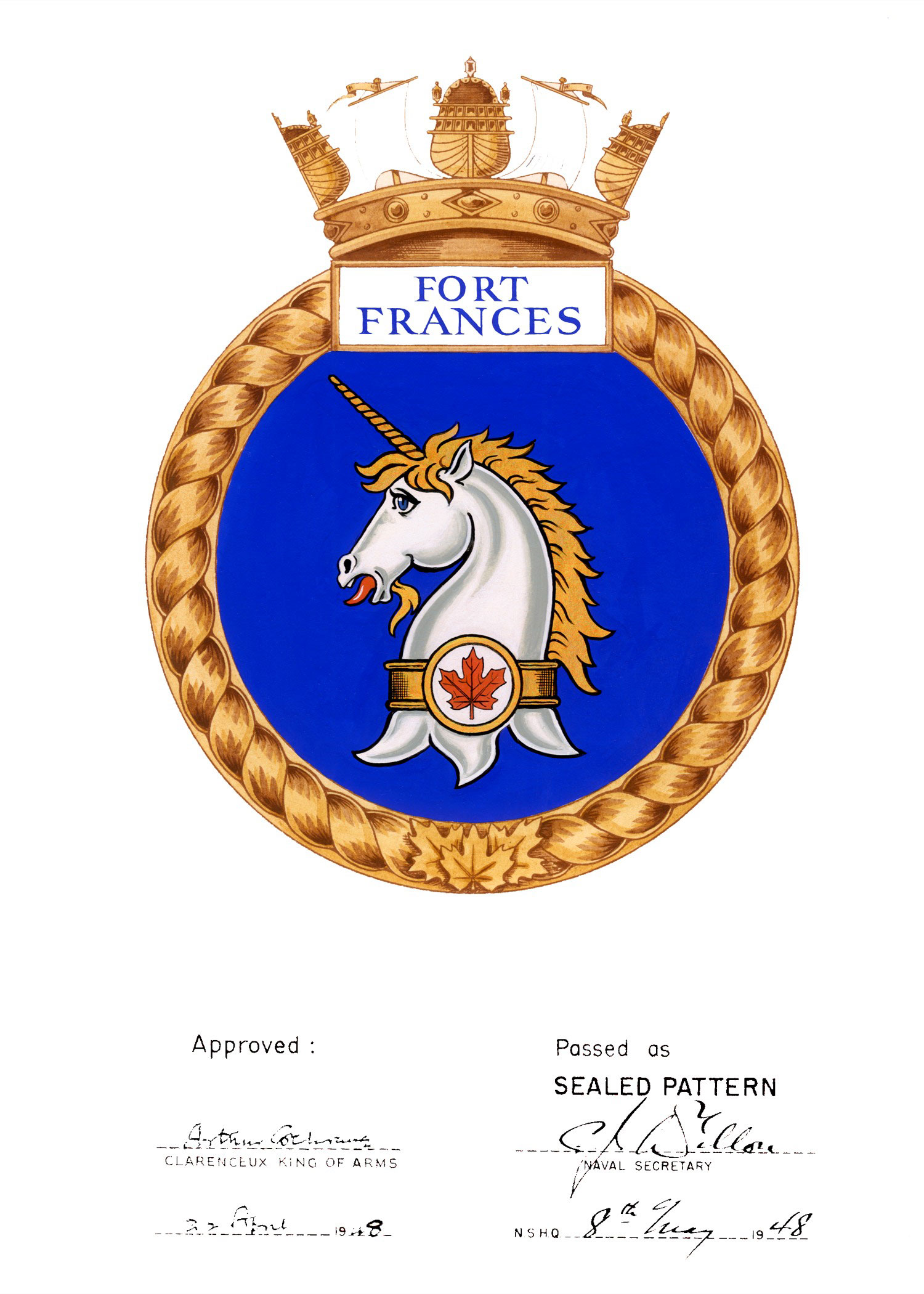