There have been 2 vessels named Fredericton in the Royal Canadian Navy. 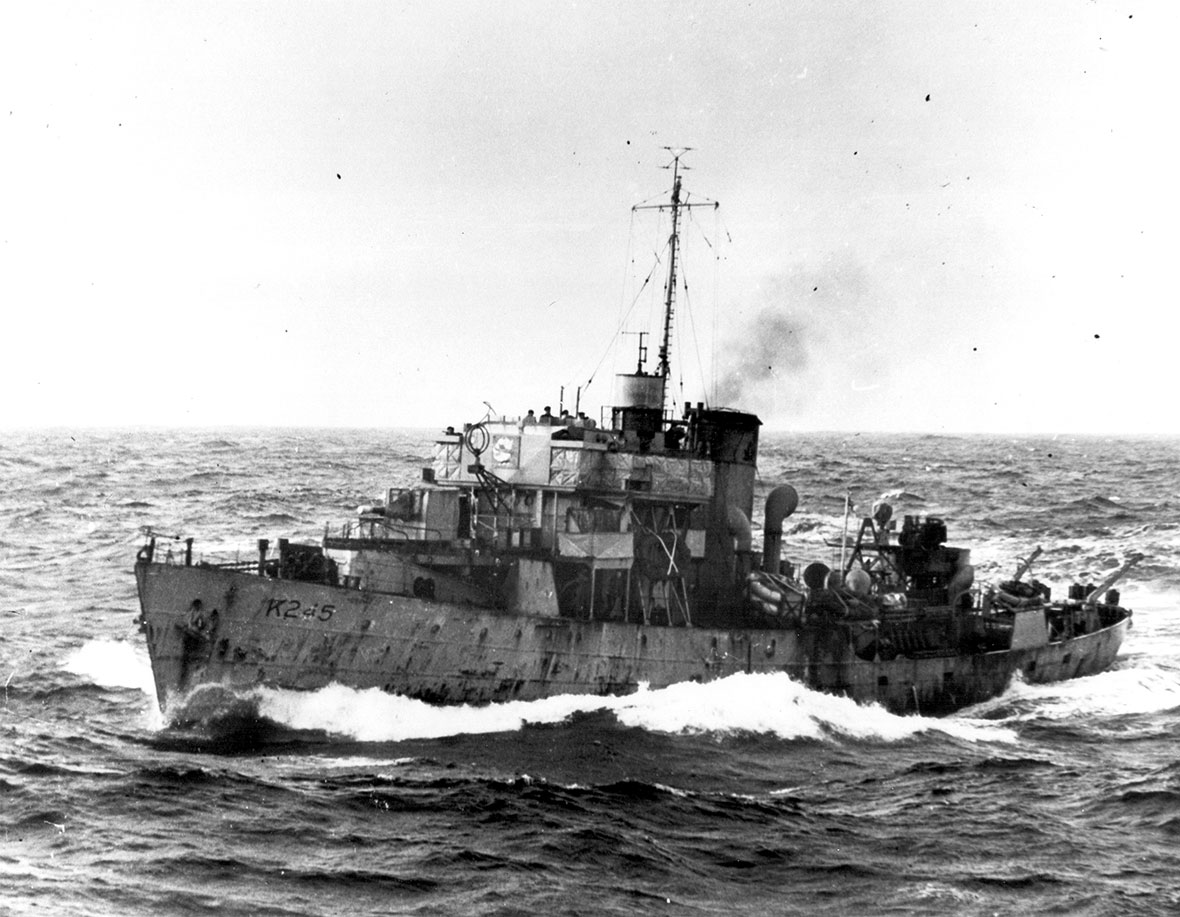 Commissioned on December 8, 1941, at Sorel, Québec, the Flower Class corvette HMCS Fredericton arrived at Halifax, Nova Scotia, on December 18. She was assigned to Western Local Escort Force until July 1942, when she joined Halifax Force (Aruba Tanker Convoys). In September, she was placed under United States operational control to escort New York-Guantanamo convoys. She rejoined Western Local Escort Force in March 1943. After a major refit, she joined Escort Group C-1 and for the next 10 months was employed as an ocean escort. In February 1944, she joined Escort Group C-9, with which she was to spend the balance of the war as an ocean escort.

The Halifax Class frigate HMCS Fredericton was commissioned on September 10, 1994, in Saint John, New Brunswick, and has been based at Halifax. On April 5, 1995, while in the Gulf of Aden on a tour of Middle-East ports to demonstrate Canadian warship technology, she answered a distress call from the yacht Longo Barda, which was under attack by pirates. In 1995, “Freddie” departed Halifax for a 6-month tour in the Adriatic with the Standing Naval Force Atlantic (SNFL) and then as flagship to Standing Naval Force Mediterranean (SNFM). In the fall of 1996, she took part in a North Atlantic Treaty Organization (NATO) exercise in the Norwegian Sea, suffering storm damage on the homeward journey. She was again employed as a NATO unit in 1997, 2000 and in 2001. In 2002, she participated in a variety of missions such as fisheries patrols, as well as preparing and training for deployment in the Persian Gulf. She left for the Gulf of Oman on March 5, 2003. She underwent refit in 2004 and, in 2005, she travelled far north in order to conduct an Arctic fisheries patrol off the coast of Baffin Island and Greenland. In 2006, she assisted the Royal Canadian Mounted Police in a 2-month drug interdiction operation on Africa’s west coast. In August 2007, she participated in Operation NANOOK, a sovereignty exercise held in and around Iqaluit, Nunavut, and the Baffin Island Coastal and the Hudson Strait areas. HMCS Fredericton continues to conduct operations in support of Canada’s domestic and international policies.