There have been 2 vessels named Glace Bay in the Royal Canadian Navy.

Commissioned on September 2, 1944, at Lévis, Quebec, the River Class frigate Glace Bay arrived at Halifax, Nova Scotia, September 23. She carried out workups in Bermuda in mid-October and on her return was assigned to Escort Group C-4, Londonderry, Northern Ireland. She left St. John’s, Newfoundland, November 17 for Londonderry, escorting a number of United States-built sub chasers destined for the Russian Navy. Glace Bay was employed continuously on convoy duty until VE Day, and early in June 1945 left Londonderry for the last time to spend several months at a variety of tasks off the east coast of Canada.

In October, she made a round trip to Bermuda, and on her return was paid off on November 17 at Sydney, Nova Scotia. She lay in reserve at Shelburne, Nova Scotia, until sold in 1946 to the Chilean Navy and renamed Esmeralda and then, in 1952, Bacquedano. She was broken up in 1968. 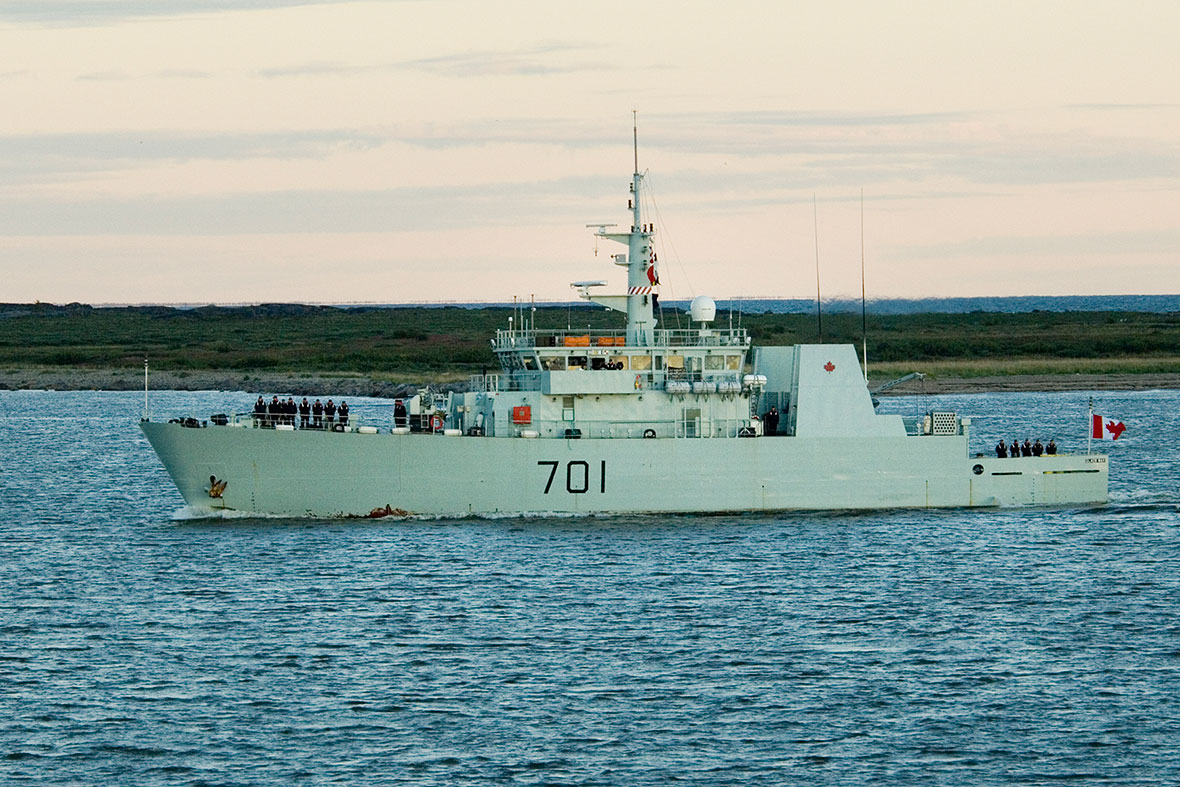 In May 1992, a contract was let to Halifax Shipyards Ltd, Halifax, Nova Scotia, to build 12 Maritime Coastal Defence Vessels (MCDV). They were designed to commercial standards and intended to conduct coastal patrols, minesweeping, law enforcement, pollution surveillance and response as well as search and rescue duties. The ships were fitted with modular payloads to carry out the assigned duties.

Contractor trials were conducted in May 1996 and the Kingston class MCDV Glace Bay was commissioned in Sydney on October 26, 1996. Leaving Halifax on September 10, she made her first Great Lakes trip and returned to Halifax in early October. In September 1998, she was one of the ships that participated in Operation PERSISTENCE after the crash of Swissair Flight 111 off Peggy’s Cove, Nova Scotia. On March 8, 1999, in company with HMCS Kingston and HMCS Anticosti, she departed Halifax and proceeded to the Baltic Sea to participate in North Atlantic Treaty Organization (NATO) minesweeping exercises. Since then, she has carried out a variety of taskings such as the training of Maritime Surface Officers, route surveys, and sovereignty patrols with the Royal Canadian Mounted Police. In 2004, Glace Bay was part of a team searching in Lake Ontario for some of the last remnants of the legendary CF-105 Avro Arrow. Glace Bay continues to support Canada’s defence objectives both domestically and internationally. 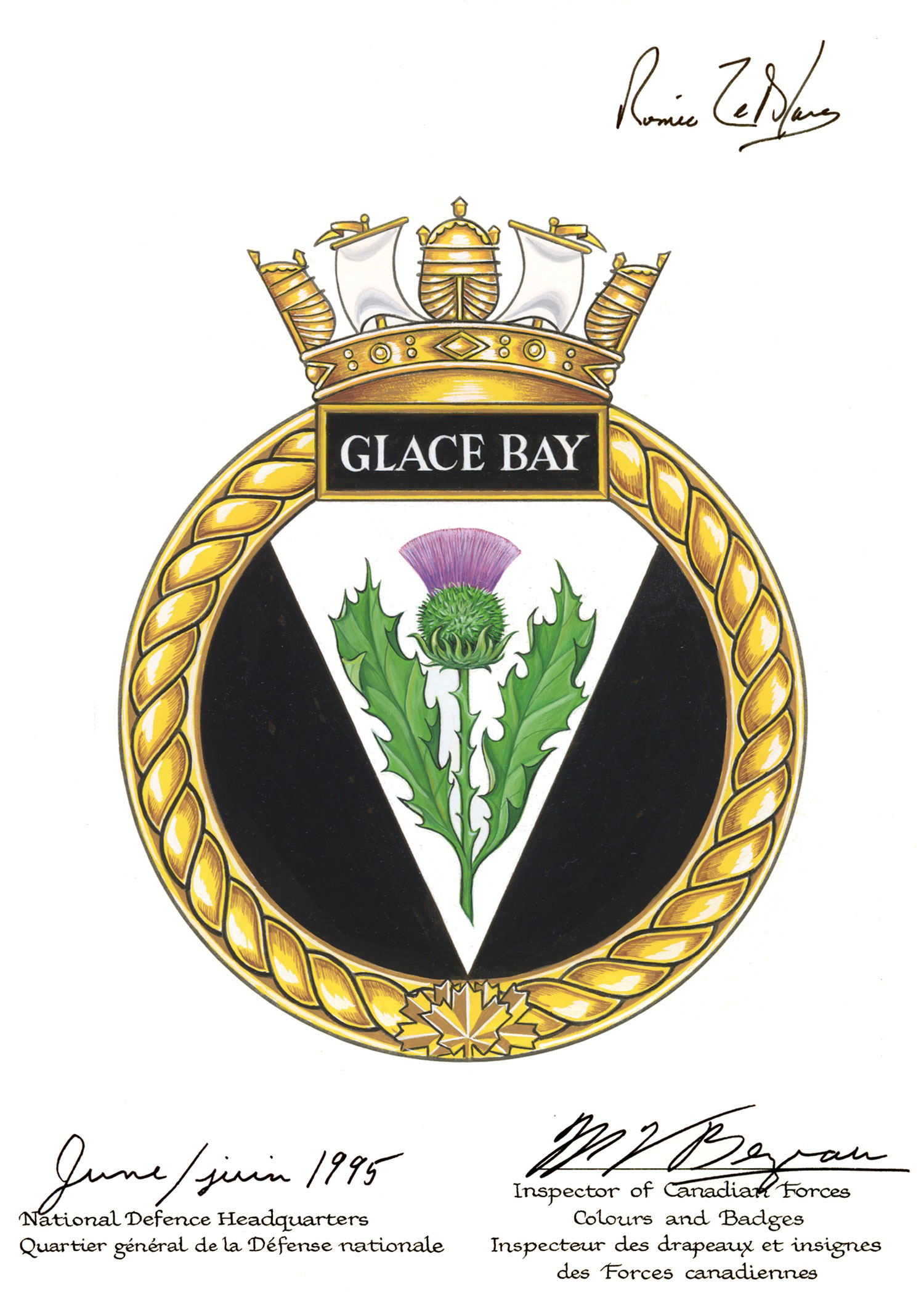 Motto: Ex Fundo Maris (From the Depths of the Sea)