There have been two ships named HMCS Margaree in the Royal Canadian Navy. 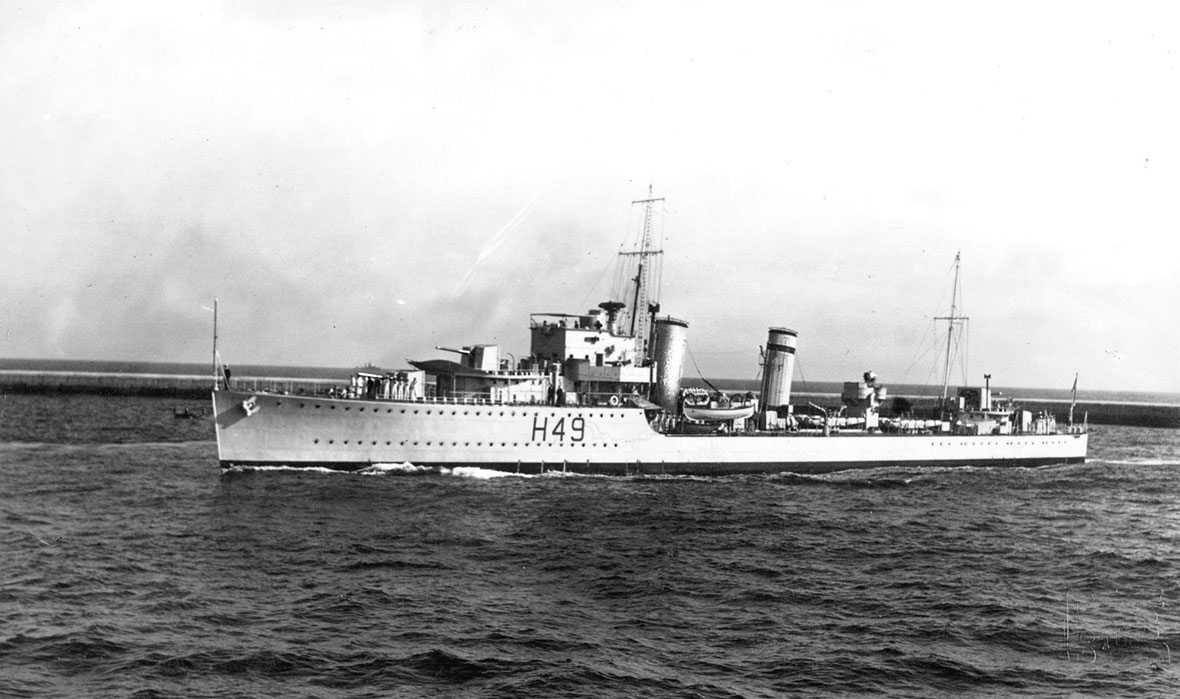 Completed in 1932 as HMS Diana, the “D” Class destroyer was serving on the China Station when the war broke out, and transferred to the Mediterranean for a short time before returning to Britain to join the Home Fleet. In May 1940 she took part briefly in the Norwegian campaign and in mid-July commenced refit at Albert Docks, London. There she was transferred to the Royal Canadian Navy to replace the lost destroyer HMCS Fraser, commissioning as HMCS Margaree on 6 September 1940. On 20 October she left Londonderry, Northern Ireland, for Canada with a five-ship convoy, OL.8, and two days later was lost in collision with the freighter Port Fairy. One hundred and forty-two members of her ship’s crew were lost, many of them survivors from Fraser. 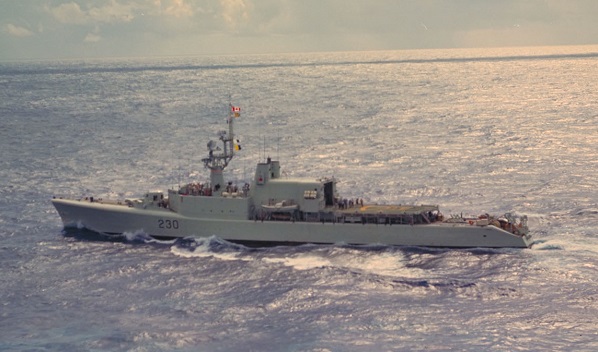 A product of Halifax Shipyards Ltd., the St-Laurent Class destroyer HMCS Margaree was commissioned on 5 October, 1957 for service on the west coast, and began her conversion to a helicopter carrier destroyer at Victoria Machinery Depot on 25 September, 1964. Re-commissioned on 15 October 1965, she returned to Halifax, Nova Scotia. HMCS Margaree commenced her mid-life refit at Canadian Vickers Ltd., Montréal, Québec, on 5 May, 1980, being towed to Halifax when it appeared she might become ice-bound before its completion. During her career, she conducted national and international responsibilities from sovereignty patrols to North Atlantic Treaty Organization exercises; she was several times Canada's representative in Standing Naval Force Atlantic. In August 1991 HMCS Margaree took part in a re-enactment of the signing of the Atlantic Charter at Argentia, Newfoundland. Paid off on 2 May 1992, she left Halifax in tow for India on 13 March 1994, to be broken up.