There has been only one vessel named Sorel in the Royal Canadian Navy. 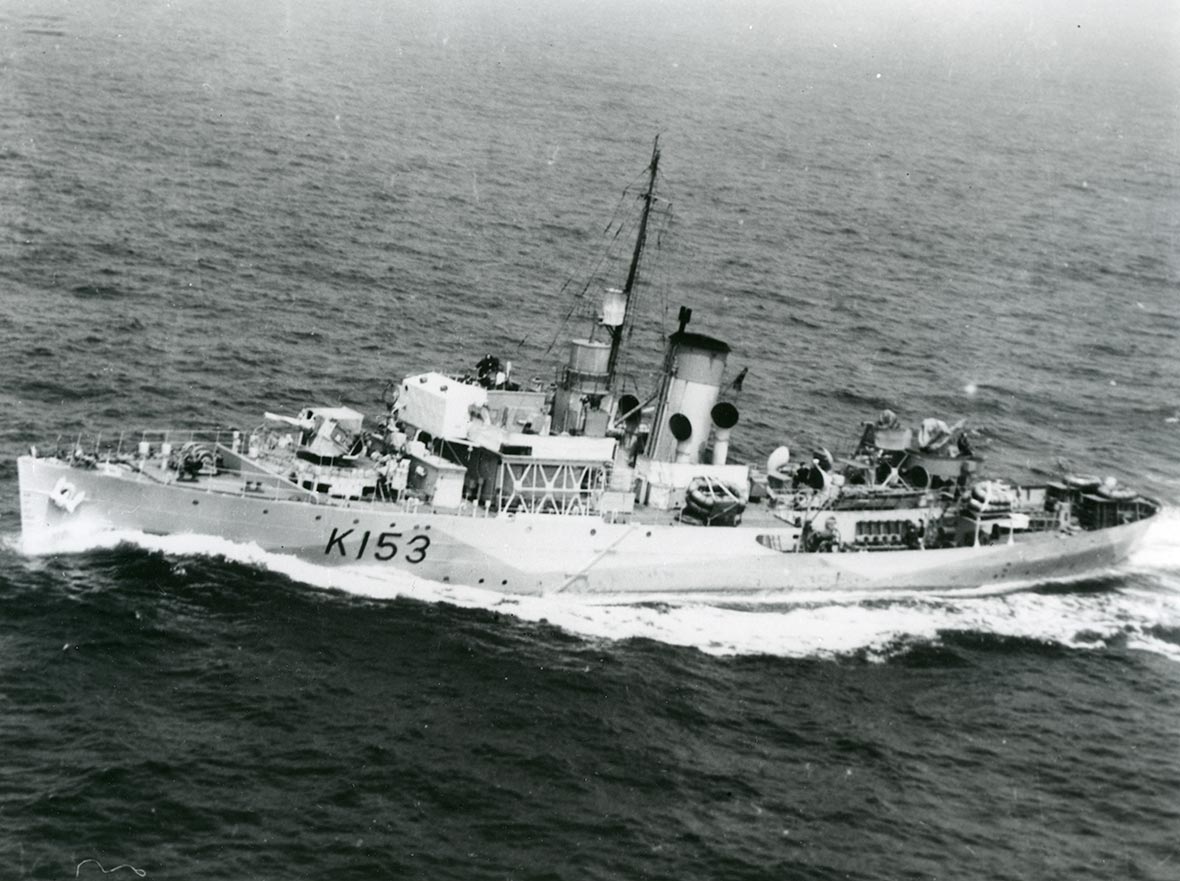 Commissioned at Sorel, Québec on 19 August 1941, the Flower Class corvette Sorel arrived at Halifax, Nova Scotia, on 30 August. She joined Sydney Force in October but transferred to Newfoundland Force in November, leaving St. John’s, Newfoundland, on the 18th to escort convoy SC.55 to Iceland.

On her next trip, mechanical defects forced her to go on to the United Kingdom, and she arrived at Leith, Scotland on 17 January for ten weeks’ repairs. She left Londonderry, Northern Ireland, on 23 April to join convoy ON.88, and in May joined Western Local Escort Force.

Between October 1942 and February 1943, she underwent a refit, including forecastle extension, successively at Liverpool, Nova Scotia, Pictou, Nova Scotia, and Halifax. In February, she entered service as a training ship, first at Digby, Nova Scotia, then at St. Margaret’s Bay, and finally at Pictou. In September 1943, she was temporarily allocated to Escort Group C-3 for one round trip to Londonderry, and on her return underwent another refit at Halifax and Dartmouth, Nova Scotia. This refit was completed on 31 March 1944, and she proceeded to Bermuda for work-ups. Upon her return, Sorel was assigned to Western Escort Force’s Escort Group W-4 for the rest of the war. She was paid off on 22 June 1945 and broken up at Moncton, New Brunswick in 1946.