There has been only one vessel named HMCS St. Joseph in the Royal Canadian Navy. 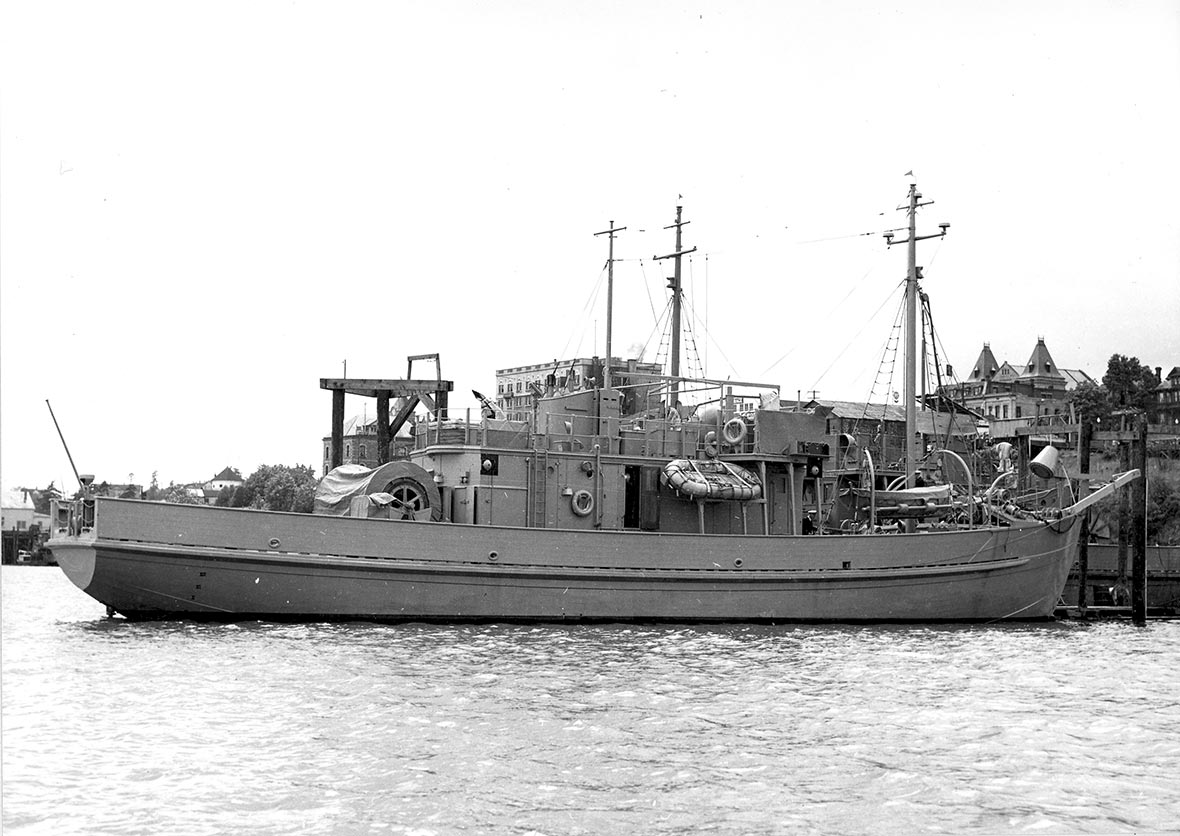 With the entry of Japan and the United States into the Second World War in 1941, Naval authorities on the west coast were faced with the likelihood of Japanese submarine and magnetic mining activities. It was recognized by the navy that the existing steel-hulled Bangors, Suderoys and Fundy Class minesweepers were only partially adequate, degaussing being difficult and not completely effective. Smaller wooden minesweepers, which could be more easily degaussed, were ordered instead – eight for the west coast and two for the east coast. The Llewellyn Class minesweeper HMCS St. Joseph was built by the Newcastle Shipbuilding Co. Ltd., Nanaimo, British Columbia, and was commissioned in that city on 24 May 1944. She was equipped with “double-L” magnetic minesweeping gear.

HMCS St. Joseph was employed on the west coast, alternating between Esquimalt Force and Prince Rupert Force. After undergoing her gunnery trials at Royal Roads, British Columbia, she commenced minesweeping patrol duties. Until the end of the war, HMCS St. Joseph patrolled many areas: the Straits of Juan de Fuca, the Strait of Georgia and the west coast of Vancouver Island, known then as Area C (Ucluelet, Chamiss Bay, Quatsino Sound, Johnstone Strait), as well as patrols up to Prince Rupert. Most patrols were routine but occasionally, HMCS St. Joseph would encounter uncooperative vessels. During her career, she underwent only a few minor repairs.