In addition, the CNSC agreed with France’s Institute for Radiological Protection and Nuclear Safety to extend, for another five years, the bilateral memorandum of understanding for cooperation and exchange of information on nuclear regulatory matters.

The CNSC establishes and maintains regulatory cooperation arrangements with its international counterparts to share information and best practices, with a view of further enhancing nuclear safety and security in Canada and abroad.

The CNSC regulates the use of nuclear energy and materials to protect health, safety, security and the environment, and to implement Canada’s international commitments on the peaceful use of nuclear energy; and to disseminate objective scientific, technical and regulatory information to the public.

“These types of arrangements with our CNSC regulatory counterparts are valuable,” said CNSC President Michael Binder. “They enable us to exchange information, experience and best practices, and to enhance training.” 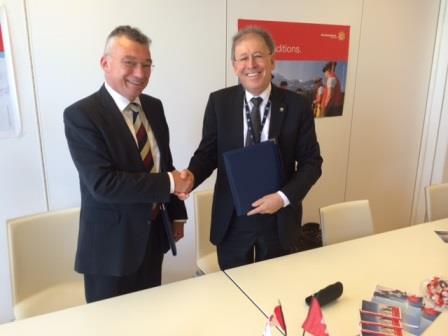