Today, a team of International Atomic Energy Agency (IAEA) experts completed a mission to review national nuclear security practices in Canada. Further to a commitment made by Canada at the 2014 Nuclear Security Summit in The Hague, Netherlands, and at the request of the Government of Canada, the IAEA conducted a two-week International Physical Protection Advisory Service (IPPAS) mission.

The mission reviewed Canada’s nuclear security-related legislative and regulatory regime for nuclear material and nuclear facilities, as well as the security arrangements applied to the transport of nuclear material, the security of radioactive material and associated facilities and activities, and the information and computer security systems in place. In addition, the team visited several sites, where they reviewed physical protection systems: the Bruce Power Nuclear Generating Station (Kincardine, ON), Ontario Power Generation’s Western Waste Management Facility (Tiverton, ON), Nordion’s processing facility (Ottawa, ON) and the nuclear research reactor at McMaster University (Hamilton, ON).

The IPPAS team concluded that Canada conducts strong and sustainable nuclear security activities, which were significantly enhanced in recent years. Moreover, the team identified a number of good practices in the national nuclear security regime.

The CNSC is committed to transparency while protecting sensitive information, and will publish a summary of the final report when it becomes available.

“The example given today by Canada, and previously by the other 42 countries that have hosted IPPAS, strongly reinforces, on the one hand, the value of establishing and applying IAEA Nuclear Security Guidance documents and, on the other hand, continuously improving physical protection and nuclear Security nationally and globally,” said Khammar Mrabit, Director of the IAEA’s Division of Nuclear Security.

IPPAS missions are intended to help Member States strengthen their national nuclear security regime. The missions provide peer review advice on implementing international instruments, and IAEA guidance on the protection of nuclear and other radioactive material and associated facilities.

The missions call upon a team of international experts to assess a nation’s system of physical protection, compare it with international best practices and make recommendations for improvement. IPPAS missions are conducted both on a nationwide and facility-specific basis. 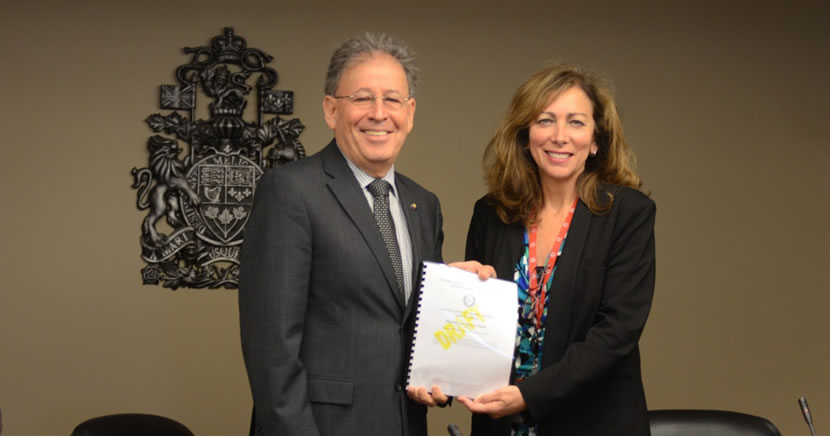