Jawad Hussain Qureshi always worked on equity and social justice issues as a student, in previous employments and as a community activist. Now he’s the Privy Council Office’s Senior South Asia analyst and vice-chair of the Employment Equity and Diversity Advisory Committee (EEDAC). 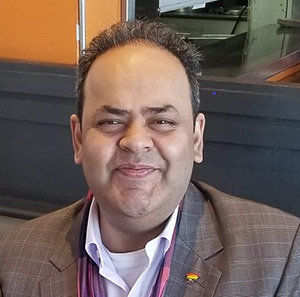 “Without inclusivity and advancement of Employment Equity communities, the public service, especially at the EX level, becomes a lecturer about diversity but without the actual representation and timely action,” said Jawad.

When he first joined the EEDAC in 2009, Jawad said he was pleased with the participation and interest shown by PCO employees to work on equity issues.

Inclusivity is defined as the practice or policy of including people who might otherwise be excluded or marginalized, such as those who have physical or mental disabilities and members of minority groups.

To Jawad, in a government context, inclusivity means that “gender, visible minorities, Persons with Disabilities (Differently-abled people) and Indigenous Canadians do not have to strive to get hired and rise in the public service,” he explains.

Inclusion has always been a priority for the Government of Canada, but there is still a lot of work to be done.

The vice-chair of EEDAC recommends that public servants make a concerted effort to represent Employment Equity communities at senior levels and hiring processes, work with their department’s human resources teams and leadership to raise and implement Government of Canada inclusivity directives, and partner with other Departments who have made headway on inclusivity.

“The public service should represent the real face of Canada with all its rich diversity,” Jawad said.

For more information on how to implement inclusivity in your work, contact Employment Equity and Diversity Advisory Committee.