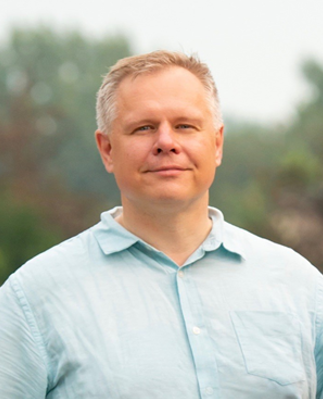 For government communicators, the pandemic has afforded an opportunity to build new partnerships externally, and internally demonstrate how government communications can be done differently with amazing results. This is a short account of how Indigenous Services Canada’s (ISC) regional communications team in Alberta was able to pivot during the early days of the crisis and find a way to reach audiences with content that resonated with them through the #ProtectOurElders campaign.

With the federal business continuity plans enacted in March 2020, the pandemic had caught media attention; however, the public likely did not understand the impact the disease would have. When the NHL suspended the 2020 season on March 12, 2020, they began to earnestly take notice. However, Indigenous Services Canada’s First Nation’s and Inuit Health Branch had been messaging to Indigenous health care professionals about the potential impact of COVID-19 since mid-January 2020. While this had the effect of preparing First Nations communities in Alberta to enact their pandemic plans, the pace and fluidity of the messaging that was to come caught many unaware.

By the end of March, it was apparent that the public health messaging was not reaching or resonating with Indigenous individuals and communities in Alberta. Indigenous leadership recognized there were challenges with communications encouraging Indigenous youth to adhere to public health measures and that steps must be taken to advert serious impacts to their communities.

This was also apparent to ISC Alberta’s communication team. At the same time, we were also developing an outreach plan to approach Indigenous social media influencers to voluntarily share public health messaging with their audiences. Social media seemed to be the key to reaching the younger demographic but there were a number of obstacles to overcome. ISC’s social media platforms were not widely followed by youth, and there was no content readily available that was developed specifically to engage Indigenous audiences - including a culturally familiar spokesperson to deliver the message and build trust with the audience.

Serendipitously, Chief Tony Alexis of the Alexis Nakota Sioux Nation in Alberta was thinking along the same lines and approached local ISC leadership about leveraging his network to get some high profile Indigenous influencers to participate in engaging Indigenous youth. With the approval of senior ISC leadership, funds were allocated to the project via a contribution agreement and the Nation retained Gwin Communications to manage and deliver it. On April 14, 2020, the first meeting between Gwin Communications and the Alberta ISC communications team took place. Six weeks later on May 28, the #ProtectOurElders campaign launched with Ethan Bear, a hockey player with the Edmonton Oilers; Zach Whitecloud, a hockey player with the Las Vegas Knights; Ashley Callingbull, an actor and model, and Sarain Fox, an actor; alongside the Assembly of First Nations (AFN) National Chief Perry Bellegarde, who shared public health messages via social media. This messaging focused on staying home and following the public health advice that would help protect communities. By the time the campaign concluded on June 30, there were over 1.1 million views and the content had over 70,000 engagements.

As the summer progressed and case rates declined, there was still some concern about a potential second wave, which lead to a discussion about further messaging into the fall and around gathering dates such as the Winter Solstice celebrations and Christmas. However, message fatigue was beginning to appear and we needed to come up with a way to keep the public health messages of physical distancing, hand washing and mask wearing fresh. Gwin Communications, with direction from the Nation, suggested working with a few Indigenous comedians to shape the message and give it a fresh face. Dane Cunningham, Candy Palmeter and Dakota Hebert were approached to participate and they wrote and produced their own spots on the public health measures.

As these spots were in development, an opportunity arose for Alexis Nakota Sioux Nation to collaborate with the Aboriginal Peoples Television Network (APTN) to have them aired on the network. This arrangement was finalized in December and spots began to air immediately and continued until February 2021. Including the TV spots, the #ProtectOurElders campaign yielded over 17 million views of the content, between May 2020 and February 2021. 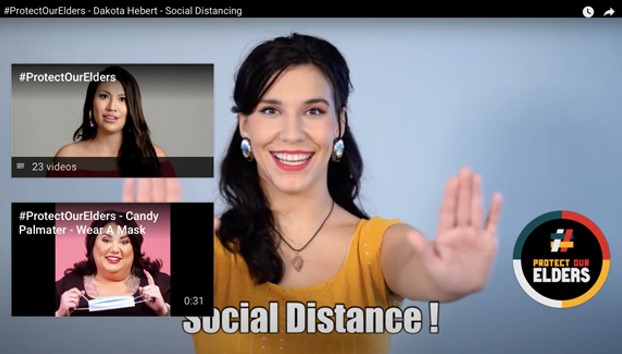 This unconventional approach to delivering a public health campaign has led to new thinking with regards to communications with stakeholders and has the potential to, in some cases, be a new model for government communications with stakeholders. Some people have asked if there is a “magic formula” for this to happen. I would say that the results of the #ProtectOurElders campaign was predicated on the following:

The second part of the “magic formula” includes building trust with partners, and thinking more about empowering and supporting communities to build communications capacity. This gives government messages added creditability and likely extends the reach of these messages. This approach also redefines the relationship between government communicators and Indigenous communities.