This notice has been updated to reflect that the outbreak appears to be over and the investigation is winding down. 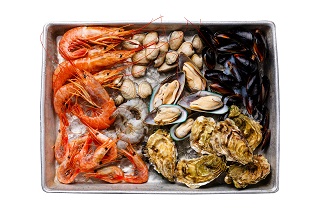 Why you should take note

The Public Health Agency of Canada (PHAC) collaborated with provincial and territorial public health and food safety partners to investigate an outbreak of Vibrio parahaemolyticus infections that occurred in four provinces. The outbreak appears to be over and the investigation is winding down.

Investigation findings identified exposure to shellfish as a likely source of the outbreak. The majority of the individuals who became sick reported eating shellfish, mainly raw oysters, harvested from Atlantic Canadian coastal waters, before their illnesses occurred.

Although the outbreak appears to be over, this event is a reminder that you can get sick from eating raw or undercooked shellfish, especially oysters. To prevent the risk of illness, shellfish should be cooked thoroughly to a safe internal temperature of 74°C (165°F) before eating or serving it.

This notice contains more advice on how to avoid getting sick.

Vibrio is a naturally-occurring bacterium that can be present at high levels in coastal waters during periods of increased water temperatures. Most people come in contact with Vibrio by eating raw or undercooked shellfish, especially oysters.

In total, 23 confirmed cases of Vibrio parahaemolyticus illness were reported in the following provinces: Saskatchewan (1), Quebec (7), New Brunswick (10), and Prince Edward Island (5). Individuals became sick between early July and late October 2020. One individual was hospitalized. No deaths were reported. Individuals who became ill were between 11 and 92 years of age. The majority of illnesses (61%) were male.

People most at risk for complications are pregnant women, people with weakened immune systems, liver disease and low stomach acidity, young children and the elderly. These individuals should not eat raw or undercooked shellfish.

Most people recover fully within a week. It is possible for some people to be infected with Vibrio and to not get sick or show any symptoms, but to still be able to spread the infection to others. People can also pass on the bacteria to others through infected stool.

What you can do to protect your health

It is difficult to know whether a shellfish product is contaminated with Vibrio because you can't see, smell or taste it. The following tips may help reduce your risk of getting sick from Vibrio, but they may not fully eliminate the risk of illness.

People infected with Vibrio can experience a wide range of symptoms. Some do not get sick at all, while others feel as though they have a bad case of stomach flu. Few people get seriously ill.

Most people develop one or more of the following symptoms 12 to 24 hours after being infected with the bacteria:

The illness can last up to three days, and severe illness is rare. Patients should drink plenty of liquids to replace fluids lost through diarrhea. People who experience symptoms, or who have underlying medical conditions, should contact their health care provider if they suspect they have a Vibrio infection.

The Canadian Food Inspection Agency conducts food safety investigations into the possible food source of an outbreak. They also monitor for biotoxins in shellfish in harvesting areas and are responsible for registering and inspecting fish and shellfish processing plants.

Fisheries and Oceans Canada is responsible for opening and closing shellfish harvest areas, and enforcing closures under the authority of the Fisheries Act and the Management of Contaminated Fishery Regulations.

The Government of Canada will continue to update Canadians if new information related to this investigation becomes available.

Figure 1 is an epidemiological curve for this outbreak, which shows the numbers of new cases by month. Outbreak investigators use this information to show when illnesses begin, when they peak and when they trail off. It can take several weeks from the time a person becomes ill to when the illness is reported and testing confirms a link to the outbreak. Data are available for 23 cases.