Aging and chronic diseases: A profile of Canadian seniors

The Public Health Agency of Canada has released the report Aging and Chronic Diseases: A Profile of Canadian Seniors. This report provides a pan-Canadian profile of chronic diseases among seniors aged 65 years and older. Please take a moment to read the report foreword from Dr. Theresa Tam, Canada’s Chief Public Health Officer, and the Executive Summary provided below. To obtain a PDF copy of the full report, please write to phac.chronic.publications-chronique.aspc@canada.ca. 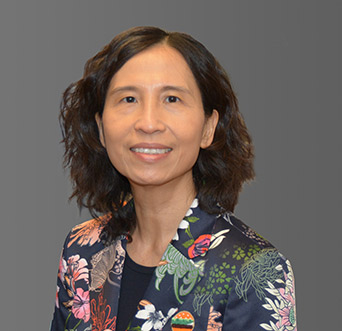 Canada’s population is aging. Most Canadian seniors living in the community report that they are happy, satisfied with their lives and have good physical and mental health. However, the aging process can bring about many challenges. One of these is the impact of chronic diseases and conditions, which can affect activities of daily living, reduce quality of life and increase mortality risk.

Four chronic diseases, namely cancer, cardiovascular diseases, diabetes and chronic respiratory diseases account for over 60% of all deaths in Canada. The onset of these diseases can be delayed or mitigated through changes in behavioural risk factors as well as broader determinants of health.

In late 2019, a new respiratory virus emerged and has since become a global pandemic. COVID-19 has had unprecedented consequences and has quickly revealed seniors’ vulnerability to infectious diseases. Seniors face an inherent higher risk of severe COVID-19 outcomes due to declines in immunity related to advanced age and higher prevalence of underlying chronic diseases and conditions. The Canadian Chronic Disease Surveillance System estimates that in 2021, the overall number of adults aged 65 years and older who will be living with chronic conditions will be about 6.3 million. As of November 2020, there have been more than 10,200 reported deaths due to COVID-19 in Canada, with close to 90% of those deaths in individuals aged 70 years and older.

My latest report, The Chief Public Health Officer’s Report on the State of Public Health in Canada 2020: From risk to resilience: An equity approach to COVID-19, shows that individuals and groups such as seniors face disproportionately higher risks for infection and physical, social and mental health impacts from COVID-19 than others. Yet, by working together and continuing to explore and implement cross-sectoral actions to address both direct and indirect impacts of the pandemic, we can find pathways to create real and immediate change to protect and support our vulnerable populations now and in the future.

I am pleased to present Aging and Chronic Diseases: A Profile of Canadian Seniors. This report was developed before the current pandemic and focuses on the health and chronic disease patterns of Canadian seniors. It provides the data and scientific context we need to make evidence-based decisions to address chronic diseases, some of which increase the risk of severe COVID-19, and other challenges to the health of seniors. Going forward, we will monitor the impacts related to the comorbidity of COVID-19 and chronic diseases and other long-term consequences.

Canada’s seniors make important contributions to families, communities and our country. With reliable information, a multisectoral approach and the engagement of older people from all walks of life, we can work towards improving their health and well-being.

The goal of this report is to increase knowledge on seniors’ health by providing information and data on the prevalence of chronic diseases and conditions, associated disability and mortality and information on key individual and social determinants of health. It aims to inform stakeholders, policy makers and health care providers as they plan for, implement and evaluate policies, programs and practices intended to help seniors live healthy and fulfilling lives.

Who are Canadian seniors?

This report defines Canadian seniors as people aged 65 years and older (65+) who live within the geographical boundaries of Canada.

In 2019, there were 6.6 million seniors in Canada, almost one-fifth (17.5%) of the overall population. The population of seniors is projected to increase and reach close to one-fourth of the overall population by 2040. The oldest group of seniors, age 80+ years, is growing rapidly and represents a growing share of the senior population. The number of centenarians reached over 10,000 in 2019, with women accounting for 82% of those aged 100 and over.

Other demographic characteristics include:

1. Seniors’ life expectancy is increasing and they report overall good health, although the risk of developing chronic diseases increases with age.

In 2017–2018, almost half of Canadian seniors (46.5% of men and 48.3% of women) perceived their health as very good or excellent, and over two-thirds (72.0%) reported their mental health as very good or excellent, despite that many are living with chronic diseases. This apparent paradox reflects the fact that people’s perception of personal health status is influenced by factors other than the absence of disease, such as economic security, social connectedness, satisfaction with life and psychological well-being. As such, some seniors may report good levels of health, despite living with chronic diseases.

2. Chronic disease patterns vary by sex, age and over time.

The prevalence of most chronic diseases increases with age and over time.

The prevalence of most chronic diseases and conditions increases with age. Among those aged 85+, the five diseases with the highest prevalence were hypertension (83.4%), osteoarthritis (54.0%), ischemic heart disease (IHD) [42.0%], osteoporosis (36.9%) and chronic obstructive pulmonary disease (COPD) [27.3%].

Although the age-standardized prevalence of the use of health services for mood and anxiety disorders declined from 13.1% in 2000–2001 to 10.5% in 2016–2017, it increased for the majority of the other diseases. The largest increases were seen for osteoporosis, diabetes, asthma, cancer and hypertension.

Compared to men the same age, women aged 65+ are:

Compared to women the same age, men aged 65+ are:

Many common chronic diseases are preventable or manageable.

Hypertension, which is one of the main risk factors for the development of heart disease and the most important risk factor for stroke, is largely preventable and manageable. Osteoarthritis, the most common form of arthritis, cannot be cured but interventions (including lifestyle modifications) can reduce pain, improve function and, in some instances, delay the progression of the disease.

Oral diseases, which are associated with many chronic diseases, are largely preventable and treatable. Over half (52%) of those aged 65–79 have moderate-to-severe periodontal diseases. Seniors face barriers accessing oral health care and treatment in part because they lose their dental insurance coverage upon retirement and are less likely to have consulted a dentist or another oral health professional in the last 12 months.

Falls are a major cause of injury, disability, hospitalization and premature mortality.

In 2017–2018, approximately 350,000 seniors (or 5.8%) reported a fall-related injury in the past 12 months; almost two-thirds were women. Falls can affect a person’s quality of life and lead to loss of mobility, hospitalization, longer hospital stay and death. Falls are preventable and their consequences can be avoided through multifactorial interventions that target multiple risk factors.

Over one-third of seniors have two or more chronic diseases.

Conservative estimates from the 2017–2018 Canadian Community Health Survey (CCHS) indicate that about 37% of seniors report having at least two of the ten common chronic diseases described in this report, with almost half of those aged 85+ reporting multimorbidity. Women younger than 75 years were more likely to report multimorbidity than men the same age. Although many individuals living with one or more chronic diseases maintain a high level of functioning, living with multiple diseases can affect activities of daily living, reduce quality of life and increase mortality risk. It can also lead to additional challenges, including chronic pain and the use of multiple medications, which in turn has been linked to an increased risk of inappropriate drug use and adverse drug events.

Years lived with disability (YLD) vary and increase sharply with age for some diseases.

While mortality rates have declined for most chronic diseases and conditions, some have increased.

Very few seniors (15.2%) aged 65–79 were physically active in 2016–2017 according to activity monitor data from the Canadian Health Measures Survey (CHMS). At the same time, 39.4% of seniors self-reported meeting the Canadian Physical Activity Guidelines in the 2017–2018 CCHS, which suggests that certain results have to be interpreted with caution.

There are health risks associated with overweight and underweight.

Overweight and obesity have been shown to increase the risk of developing many chronic diseases. Studies have also shown that underweight and obesity are associated with impairments in functional health. At the same time, a higher BMI can be protective against bone loss, fractures, cognitive decline and malnutrition when seniors have trouble eating or absorbing nutrients.

Although just over half of Canadian seniors reported meeting the recommended sleep guidelines, sleep disturbances were common.

Adequate and appropriate sleep is associated with better health and well-being. Some 29.6% of seniors reported sleeping less than the recommended 7 to 8 hours of sleep per day. About 46.8% (54.3% of women and 38.8% of men) reported having trouble falling sleep at least some of the time, and 28.6% reported difficulty staying awake during normal waking hours at least some of the time.

4. Other health determinants affect the risk of developing chronic diseases.

Up to 16% of Canadian seniors experience social isolation, and about 30% are at risk of becoming socially isolated. Having compromised health status or multiple chronic health problems are factors that may place seniors at risk of social isolation and loneliness.

Creating age-friendly environments is one way to address the determinants of health.

In age-friendly communities, the policies, services and structures related to the physical and social environments are designed to foster well-being and the participation of people as they age, and to prevent or delay the onset of disease and functional decline.

The chronic diseases and conditions discussed in this report are selected based on their impact on the health of Canadian seniors. Health administrative and survey data are used to present the distribution of over 15 chronic diseases as well as the main individual and behavioural risk factors that affect health. Data are presented by sex wherever possible to reflect this important influence on life expectancy and risk factors, disease courses and outcomes. Due to data limitations, data are not presented by Indigenous or other ethnic identity.

This report seeks to increase knowledge on chronic diseases among Canada’s aging population. It also points to gaps and areas where data could be enhanced, such as for Indigenous seniors, new Canadians, seniors living at low income and with mental and physical challenges, and in residential care facilities (most of whom are in the oldest age groups and require care that cannot be met in the community). Enhancing data on the health and illness status of vulnerable seniors and select groups of seniors can further support and inform public health policy, programs and practices that promote healthy aging among Canada’s diverse population of older adults.

The findings in this report also emphasize the need to target the unique and diverse situations of seniors. Although the prevalence of most chronic diseases and conditions increases with age, many can be prevented, delayed or mitigated through supporting healthy behaviours and choices, the creation of age-friendly, safe and socially supportive environments and reducing health inequities faced by vulnerable seniors.