National historic sites of the War of 1812

National historic sites of the War of 1812

Plan your visit to these Canadian landmarks that served a special purpose during the War of 1812. Visit battlefields, forts or memorial grounds.

Award-winning exhibit at the tower where British troops protected Saint John from an American invasion.

Visit the remains of a military fort that once played a major role in defending the St. Lawrence.

Visit the site of a key battle on the Niagara peninsula, where re-enactments bring the War of 1812 to life.

Plan a trip to Fort Lennox, a British fortification located in the heart of the Richelieu River in Quebec.

Visit Fort Wellington, built during the War of 1812 to defend the St. Lawrence River shipping route.

Visit this civilian-built blockhouse built to defend New Brunswick's border during the War of 1812.

Once a vital trade route, the Rideau Canal is now a world-famous waterway great for skating, paddling and more! 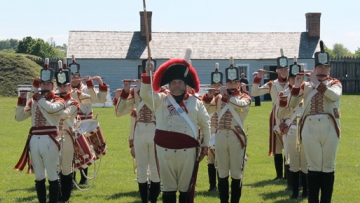 Let military music from the Fife and Drum Corps and Band of Music fill your ears. 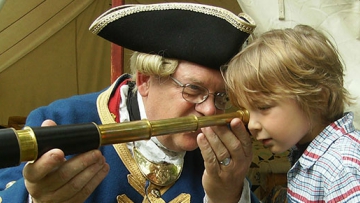 Scour the site looking for clues with the help of a GPS unit. Find the answer to a mystery and receive a souvenir geocoin. 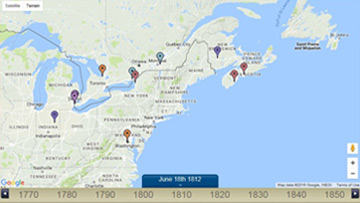 Learn more about the events, people and places that helped define this important period in Canadian history.