Plan your visit to these Canadian forts, battlegrounds and settlements from the era of New France.

Tour the remains of a sunken French vessel at the scene in Gaspe of the final battle for Canadian territory.

Explore the ruins of this stone fort on the shores of Newfoundland, where colonial powers fought over the province.

Visit Canada’s oldest national historic site in Nova Scotia one of the most fought-over places in North America.

Tour the ruins of a star-shaped fort at the centre of British, French and American battles to control Acadia.

Visit this stone fort that defended southern Quebec from invasion from the south.

Visit the wooden remains of this central Nova Scotia fort.

Visit the stone wall of Québec, the only remaining fortified city north of Mexico.

Visit the fortress on Cape Breton Island, one of New France's key centers of trade and military strength.

Visit the park in the heart of Québec City, where Jacques Cartier and his shipmates once lived.

Visit the site next to Fort Anne, where Scottish settlers arrived on Canadian soil in 1629.

Tour the fields of the Melanson Settlement, once home to a unique system of dykeland farming amongst Acadians.

Tour the reconstructed settlement of Port-Royal in Nova Scotia, the first European settlement north of Florida.

Visit the site on the New Brunswick-Maine border, where France first tried to settle in North America.

Visit the site of a former Attiwondaronk village in southwestern Ontario. 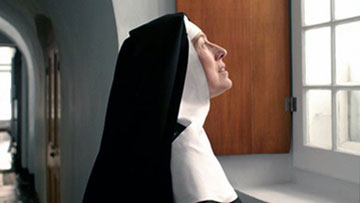 Watch this feature-length film, which tells the story of Marie de l’Incarnation, the first female writer of New France. 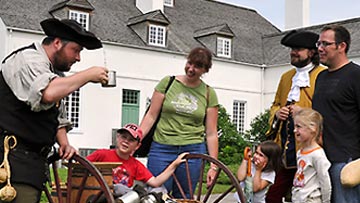 A History of the Canadian Dollar – New France (PDF) 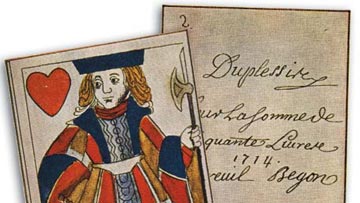 Read about how the use of playing cards contributed to the development of New France’s economy.