The RCAF has a long tradition of supporting peacekeeping missions.

The genesis of Air Command

The birthplace of the RCAF and the cradle of military aviation in Canada during the 1920s.

A speech given by Air Commodore Leonard Birchall on September 17, 1997.

Directorate of History and Heritage

Visit the military history archive research room to view the collections and do primary research, or ask an expert for answers.

Military operations that the Canadian Armed Forces have participated in around the world since 1945.

Historical articles and profiles of courage.

Edward Carter-Edwards - Reasons for Joining up (English only)

Mr. Carter-Edwards speaks about growing up quite secluded and hoped that the Air Force would help him break out of his shell.

Mrs. Mortimer reflects back on her early years and how the family decision to move to England provided her the opportunity to pursue a nursing career. 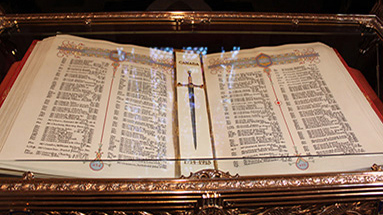 Search death records of Canadians who have lost their lives in military service since 1884. 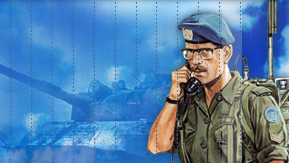 Search this timeline for sites and digitized resources about Canada's military history.