Reporting to Atlantic Canadians on the Atlantic Growth Strategy

What is the Atlantic Growth Strategy?

The Atlantic Growth Strategy is about growing Atlantic Canada’s economy. It was launched by the Government of Canada and the four provincial governments in Atlantic Canada in July 2016 to create good-paying middle class jobs, strengthen local communities, and grow innovative, world-class companies in the region.

The Atlantic Growth Strategy is led by the Leadership Committee, which released a Two-Year Action Plan in July 2016 to guide short and medium-term collaborative actions under the strategy. The strategy is collaborative and pan-Atlantic, reflects the priorities of the four Atlantic provinces and the Government of Canada, and is focused on results.

Why is this strategy a priority?

Atlantic Canada is home to great ideas, great products, great innovators, and a strong drive to succeed. Harnessing these assets and competing in a rapidly changing global environment are key to sustained economic growth in Atlantic Canada. Our region’s businesses must innovate, must attract, develop and retain skilled workers, and must compete globally if they are to grow and create high-quality jobs for Atlantic Canadians.

However, Atlantic Canada is facing slow economic growth, an aging workforce, low levels of business R&D, and difficulty retaining immigrants. These are important challenges that require a coordinated regional approach.

Together, through the Atlantic Growth Strategy, we are working to address these challenges and build on Atlantic Canada’s competitive advantages, including its strong export potential, its growing innovation ecosystem and its skilled workforce.

What we’ve done so far

Our efforts together over the past year have produced results for Atlantic Canadians. Here’s some of the progress we’ve achieved working collaboratively on key areas of the Atlantic Growth Strategy. 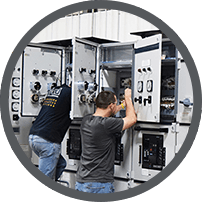 Aspin Kemp & Associates already has over 100 employees and 100,000 square feet of manufacturing space between two Prince Edward Island communities. And with the support of the Accelerated Growth Service, this high-growth company will continue to provide jobs on the Island as it explores using its innovative marine technology on land to develop micro-grids: small, self-contained power grids that could potentially supply and store low-cost, renewable energy. 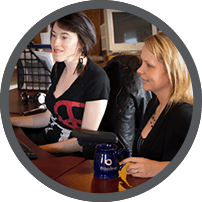 More than 90 per cent of Bluedrop Performance Learning staff are employed in Atlantic Canada. And that figure is about to rise as the world-class innovator in computer-based simulation, training and e-learning solutions takes advantage of options offered under the Atlantic Growth Strategy. The high-impact tech company will be able to capitalize on both national and international opportunities and improve the effectiveness, speed and costs of its leading-edge programs. 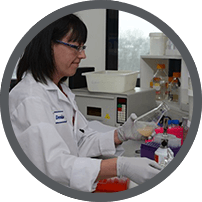 Mara Renewables Corporation, a Nova Scotia research firm, is developing sustainable, low-cost renewable oils from micro-organisms for fuel applications. As a recipient of the Atlantic Innovation Fund, this company is able to develop, more quickly, algae-based biofuels that may potentially provide a clean, green alternative to fossil fuels. 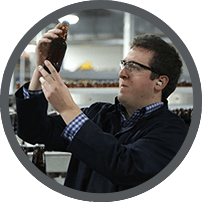 Masitek’s cutting-edge technology is used to pinpoint damage during processing and handling in the food, beverage and agriculture industries. Recently, the company was part of an Atlantic Canadian trade mission to Europe. According to Tracy Clinch, president and CEO, she estimates that the connections made overseas will translate into a substantial amount of new business, measured in millions of dollars in increased sales and exports for the Moncton, New Brunswick-based company. 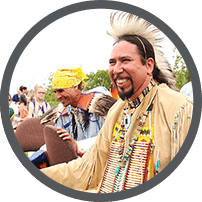 More than 1.4 million Canadians self-identify as Aboriginal – the fastest-growing segment of the population in Canada. With the support of the Atlantic Growth Strategy, the Aboriginal Tourism Association of Canada is creating an Atlantic chapter to develop a regional strategy for aboriginal tourism in Atlantic Canada. This will allow the region to speak with a unified voice as it shares its Indigenous stories and celebrates aboriginal culture, language and communities with the rest of Canada, and beyond. 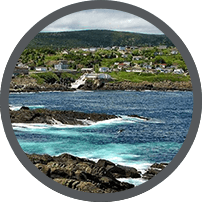 The town of Pouch Cove, NL will soon benefit from a highly anticipated water treatment plant, which will ensure the water entering local businesses, schools and homes is safe, clear and free from contaminants. This new facility is being funded through the New Building Canada Plan. The modern facility will put an end to boil water advisories by providing an ample supply of high-quality drinking water for residents now and well into the future. 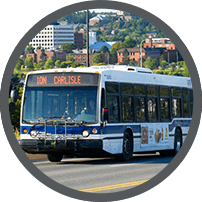 Public transit users in Fredericton, NB, will be riding with comfort and ease thanks to the addition of eight buses, accessible transit stops throughout the city, and new technology on board. Fredericton is using its allocation from the Public Transit Infrastructure Fund to revamp the fleet with accessible buses featuring systems that facilitate announcements, track passenger counts, display stops and offer Wi-Fi access. 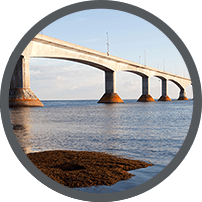 Charlottetown, PEI, is another step closer to a sustainable, green future with the help of the Clean Water and Wastewater Fund. Recently announced investments are allowing for important upgrades and expansion of its Pollution Control Plant, the removal of an outdated waste-water lagoon, and consolidation of the Town of Stratford’s waste-water system. These measures will go a long way to ensuring the Island’s coastline and waterways remain pristine for generations to come. 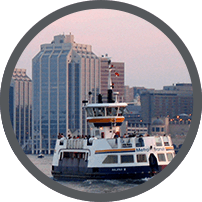 For the thousands of Nova Scotians who cross the pond between Dartmouth and Halifax each day by ferry, the announcement of a new pontoon, funded through the Public Transit Infrastructure Fund, was great news. The new vessel will ensure safe and efficient travel to and from work, school and leisure activities.

Skilled Workforce and Immigration: Admit up to 2,000 new permanent residents and accompanying families in 2017

A skilled and talented workforce is a fundamental pillar of a modern, growing economy, and will help address persistent and emerging labour-market challenges. Under the Atlantic Immigration Pilot, up to 2,000 applications, which include the skilled worker and any family members coming with them, will be accepted for the three programs in 2017.

Innovation: Double the number of high-growth firms in Atlantic Canada by 2025

High-growth companies are key drivers of Canada’s economic growth and long-term prosperity. In 2014, there were 310 high-growth firms by employment in Atlantic Canada, representing 2.7 percent of enterprises in the region with at least 10 employees. In Atlantic Canada, they have a greater impact than the rest of Canada as they are twice as likely to innovate and to invest in advanced processes and skills development. They also generally export more than the average Canadian business.

We will address climate change and protect our environment. The emerging clean technology industry represents an opportunity to support inclusive and sustainable economic growth.

On December 9, 2016, all four Atlantic Provinces adopted the Pan-Canadian Framework on Clean Growth and Climate Change (PCF) to grow the economy while reducing emissions and working to build resilience to adapt to a changing climate. The measures included in the PCF will allow Canada to meet or even exceed its 2030 target to reduce GHG emissions to 30 percent below 2005 levels.

Trade and Investment: Double the number of exporters in Atlantic Canada by 2025

Since firms that export tend to be more innovative, pay higher wages, hire more and are generally more productive than non-exporters, the Atlantic Growth Strategy plans to double the number of exporters in Atlantic Canada to 4,000 by 2025.

Atlantic Canada has a higher proportion of its population in rural areas than the Canadian average (45 percent versus 19 percent nationally). In order to expand online access by 2025, we must extend coverage to rural areas and encourage citizens that are not currently online to take advantage of this important technology.

Trends we are following

In order to measure our progress, we need to watch certain trends in the economy. Tracking growth in the value of goods and services produced in Atlantic Canada, as well as employment and demographic shifts, is crucial to gauging the Atlantic Growth Strategy’s success.

Growth in the value of goods and services

Gross Domestic Product (GDP) measures the value of goods and services produced and is a key indicator of economic health. It can also be used to show the economic contributions of sectors or industries. For example, the graph below compares the main industries in Atlantic Canada in 2016.

Employment data, like GDP, shows how the economy is changing. In Atlantic Canada, the trend has been to more service-sector jobs, and away from resource-based industries.

People, skills and ideas are fundamental to economic growth. However, Atlantic Canada’s population is generally older than the rest of Canada, and growing more slowly. Atlantic Canada is also losing workers to other parts of Canada. As a result, it is important to find ways to attract people to the region to replace workers who are retiring or moving away.