When the first familiar chords of O Canada play at schools, hockey games and other events, Canadians stand with pride in honour of their country. Proclaimed to be Canada's national anthem on July 1, 1980, O Canada was first sung in French 100 years earlier. 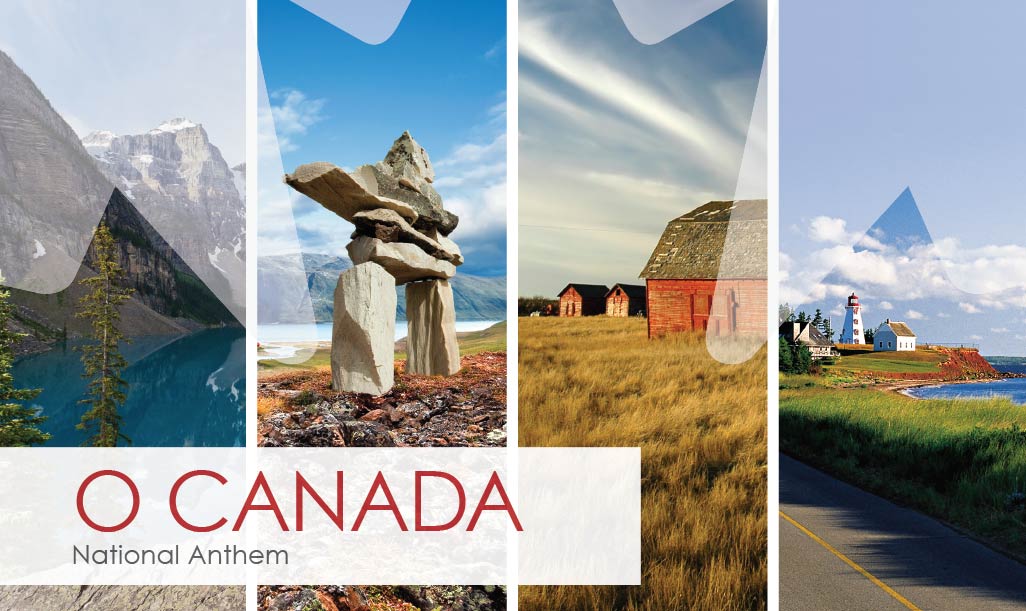 Download the poster [PDF version, 2 MB] of the official lyrics in English.

Listen to the instrumental, bilingual or unilingual versions of our national anthem.

These recordings of O Canada for official, ceremonial and non-commercial use are provided courtesy of the Toronto Symphony Orchestra (TSO). Please credit the TSO and the artists when using these recordings.

The official lyrics of O Canada are available in bilingual and unilingual versions.

O Canada!
Our home and native land!
True patriot love in all of us command.

With glowing hearts we see thee rise,
The True North strong and free!

From far and wide,
O Canada, we stand on guard for thee.

God keep our land glorious and free!
O Canada, we stand on guard for thee.

O Canada, we stand on guard for thee.

O Canada! Our home and native land!
True patriot love in all of us command,

God keep our land glorious and free!
O Canada, we stand on guard for thee.

O Canada, we stand on guard for thee.

Download the sheet music [PDF version, 63 KB] with the official lyrics in English and French.

History of the national anthem

After 100 years of tradition, O Canada was proclaimed Canada's national anthem in 1980. The music for O Canada was composed in 1880 by Calixa Lavallée — a well-known composer at the time — and the French lyrics were written by Sir Adolphe-Basile Routhier.

As the song became more and more popular, many English versions were written over the years , including one based on a poem written in 1908 by The Honourable Robert Stanley Weir. It was Weir's lyrics that became the official English version in 1980.

Read the full history of O Canada and learn about the lives of the people behind the anthem.

Timing and etiquette for anthem use

As a matter of respect and tradition, it is proper to stand for the playing of O Canada; this is also the case for the anthem of any other nation. It is traditional for civilian men to take off their hats during the playing of the national anthem. Women and children do not remove their hats on such occasions.

There is no law or behaviour governing the playing of the national anthem; it is left to the good citizenship of individuals.

Copyright and commercial use of the anthem

As the National Anthem Act only sets the melody for the anthem, musicians are free to arrange the score to suit their needs.

There is no copyright on the melody and the words of the national anthem, the Act having declared them to be in the public domain. However, it is possible to copyright the arrangements made to the melody.

While the words of the national anthem may be translated in languages other than English or French, it should be noted that other translated versions will not have an official status.

In terms of commercial use, both the national anthem "O Canada" and the Royal Anthem "God Save The King" are in the public domain and may be used without having to obtain permission from the government.