“Feed My Sheep”: A Portrait Commemorating the Sacrifice of Canadian Padres in Normandy

On June 6, 2020, to conclude commemorations of the 75th anniversary of D-Day and the Normandy landings, the Royal Canadian Chaplain Service unveiled a painting honouring three Chaplains who lost their lives while serving Canada during the Normandy Campaign. The artist, Roger Chabot, is a former Canadian Armed Forces member, and was deeply inspired by the unique stories of Padres George Alexander Harris, Walter Leslie Brown and William Alfred Seaman. 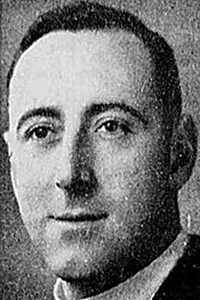 They were moments from battle and their hearts pounded. As their Dakota airplane lurched forward over Normandy, the night’s darkness was shattered by enemy searchlights and flak. It was June 6, 1944, and these Canadians of the 1st Canadian Parachute Battalion were part of the first wave of attacks on D-Day. As they approached the drop zone, human voices were muted by the roar of the aircraft engines, the noise of the enemy’s guns below, and the sounds of paratroopers being jostled against each another. They were crammed together, yet each was alone in their own thoughts. Above the door the light went green, the officer screamed the order and the paratroopers jumped into the black of the night. In the darkness two chutes became entangled. One of the paratroopers panicked and kicked something metallic. That’s when he heard a strong reassuring voice call up, “take it easy old man, whatever you do take it easy.” It was Padre George Harris. As they plunged to the earth, the Padre kept providing words of support and direction. Hours later when the paratrooper gained consciousness and discovered he was hanging by his parachute, he called out to the Padre in his chute nearby, but there was no response. The Padre was dead. He had lost his life, but his words had saved the paratrooper. 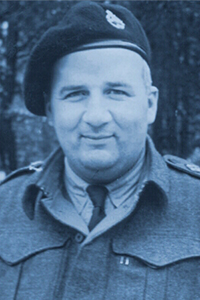 Hours later, Canadian soldiers attacked at Juno Beach. One of the supporting units was the 27th Armoured Regiment (The Sherbrooke Fusiliers Regiment) who landed, with their Padre, Walter Brown. He had brought along his most treasured piece of kit—a small brown suitcase containing his Communion Set. On June 7, Padre Brown worked with the medical officer at the Regimental Aid Post and conducted the first burial in Beny-Sur-Mer Cemetery. That evening, as Padre Brown was being driven to his soldiers in a forward area, the vehicle came under fire from an enemy patrol. Padre Brown was captured and insisted on taking his suitcase. For more than a month, Padre Brown was “missing in action”. Then on 12 July, Padre Brown’s body was found—bayoneted by the enemy. Padre Brown was laid to rest in Beny-Sur-Mer cemetery where he had conducted the first burial weeks before. It is believed he served Communion to countless Canadian prisoners of war during his captivity. Over the years, Padre Brown’s suitcase was lost. Then, in 1988, a student named Chris McCreery discovered the suitcase in a thrift shop in Windsor, Ontario. He purchased the case and donated it to Padre Brown’s Seminary—Huron College. Each year, on Remembrance Day, it is used to celebrate the Eucharist. 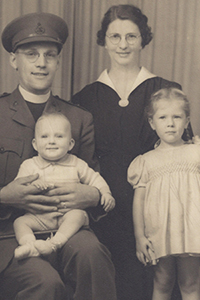 From D-Day onward, Canadian chaplains were frequently thrust into danger. In July 1944, during the battle of Caen, Padre Alfred Seaman, chaplain to the 5th Field Regiment (Royal Canadian Artillery), served alongside the medical officer at the Regimental Aid Post. Under the battle, he retrieved wounded soldiers and transported them back to the aid post. On 14 July, during a rescue mission, Padre Seaman was hit by enemy shrapnel. He died of his wounds on 21 July—his tenth wedding anniversary. Back in Canada, Padre Seaman’s wife and two young children grieved the loss of a husband and father who would never return home.

To learn more about the painting read The Royal Canadian Chaplain Services Concludes the 75th Year of the Anniversary of D-Day.

On June 6, 2020, the painting was revealed during a virtual ceremony (external link, not accessible on the Defence network) at Beechwood Cemetery.