With the completion of a new naval training facility at Canadian Forces Base (CFB) Halifax, the Royal Canadian Navy’s (RCN) next generation of sailors had more to look forward to than classwork when they returned to training this summer.

CFB Halifax’s newest building is a modern, functional, and green 9,500-m2 training facility designed to meet the educational requirements of a 21st century navy. Completed in May 2020, this $57.8-million facility provides space for sailors to study, learn, and develop the skills they need to support the RCN’s naval operations at home and abroad. 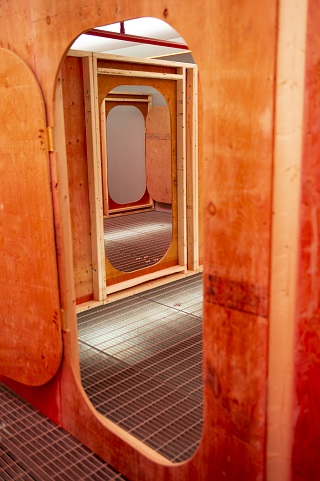 The facility’s main tenant, Naval Fleet School (Atlantic), welcomed the first sailors for training in June. The building features a large, shared training space, auditorium, and classrooms for formal learning, as well as hands-on learning with naval equipment, including a small arms simulator. To provide sailors with realistic training while ashore, the inside of the building also features a three-storey training area that mimics the interior of a ship. 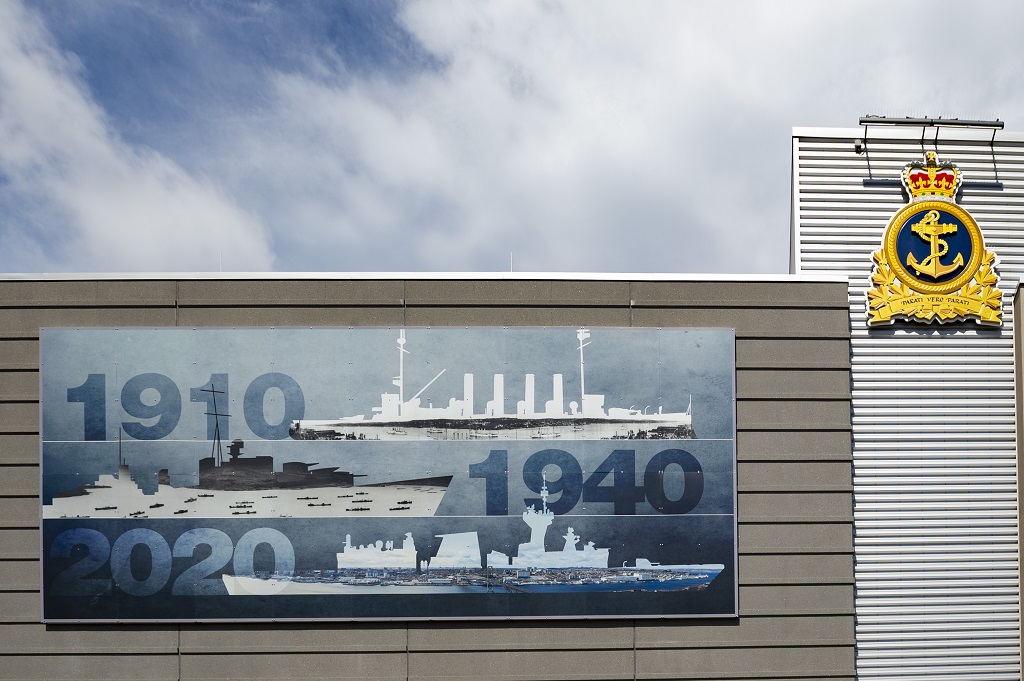 In the words of Captain (Navy) Jason Boyd, Commander Naval Personnel and Training Group, the facility provides, “the adaptability and flexibility to develop and support the instruction of our sailors so they are ready to meet the needs of our Fleet, now and into the future.” According to Capt(N) Boyd, the completion of the facility is a “tremendous boon to the modernization and digitization of the naval training system.”

On the back wall of the building, a large mural highlights the vast history of the RCN in Halifax, with ship silhouettes and images of Halifax Harbour from decades past. The mural was designed by Department of National Defence employee Shelly Gillis, with images from the Naval Museum of Halifax.

“In Halifax, we are proud of our identity as a military town and CFB Halifax is integral to the fabric of our city,” said Andy Fillmore, the Member of Parliament for Halifax. “With the completion of this new naval training facility, the federal government is continuing to provide the members of the Canadian Armed Forces with the infrastructure, resources, and support they need to do their important work on behalf of our nation.” 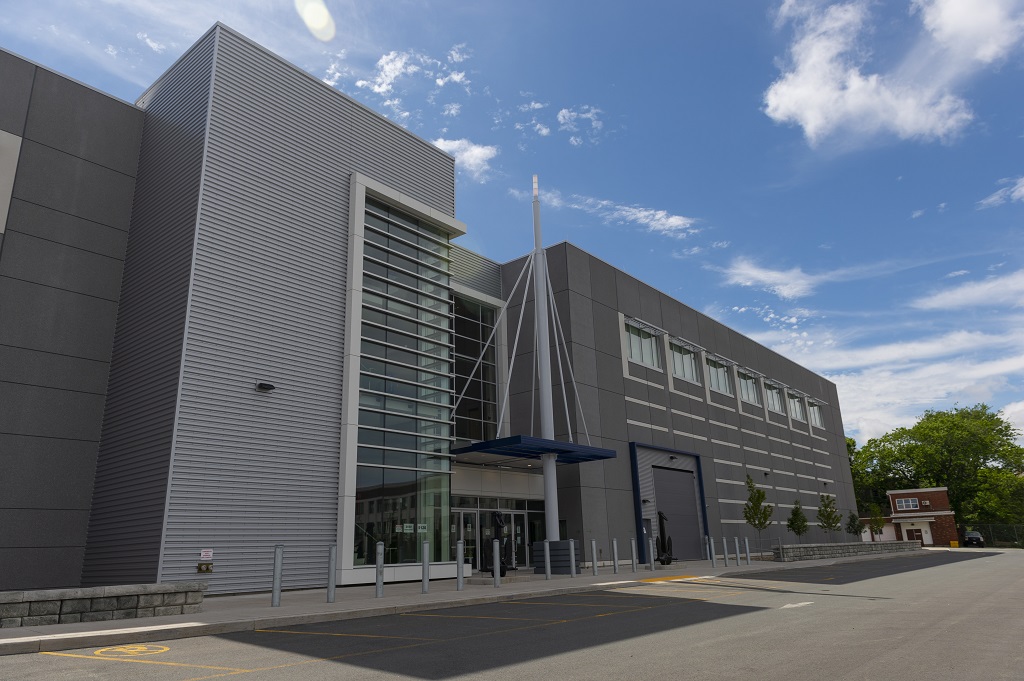 Aside from the benefits for sailors, this project also helped contribute to the local Halifax economy. “Completed on time and on budget by local company, Bird Construction, this project has created around 160 jobs during construction and will help reduce DND’s greenhouse gas emissions in our region,” said MP Fillmore.

This naval facility is the most recent of a number of infrastructure projects at CFB Halifax that consolidated accommodation, training, and support facilities into three new buildings. A personnel support facility and a new Junior Ranks accommodation complex were completed in 2015 and 2016, respectively. The main entrance to CFB Halifax’s Stadacona property was also realigned to improve traffic flow for both Defence Team members working on Base and local residents transiting through the neighbourhood.

By modernizing and greening our defence infrastructure, we are reducing our greenhouse gas emissions and saving on energy costs while supporting the needs of a modern navy. In total, DND’s recent investments in CFB Halifax infrastructure have helped create economic opportunities for the community, and a more cohesive, modern, and functional campus for personnel stationed at the Base.