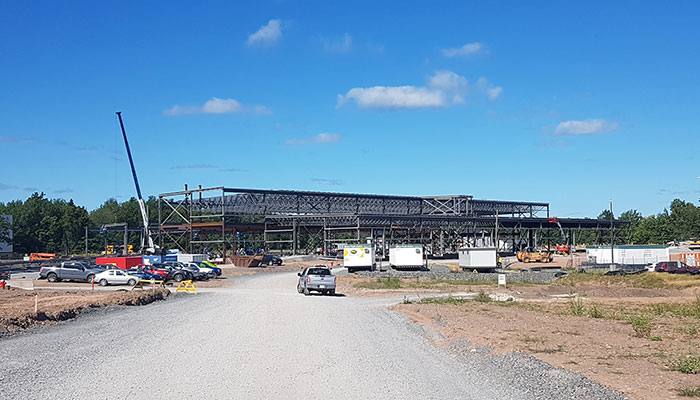 Work underway on the new 4 ESR facility at Gagetown.

This past spring saw shovels hit the ground on a new regimental headquarters for 4 Engineer Support Regiment (4 ESR) at Base Gagetown. This $131-million project will bring the Regiment’s squadrons together in one consolidated, modern and functional facility.

4 ESR is home to the Army’s subject matter experts for building and maintaining infrastructure in support of CAF operations, counter-improvised explosive device (C-IED) training and operations, and various other unique engineering capabilities, such as helping repair bridges and other infrastructure after floods. They are the Canadian Army’s only general support engineering regiment with many members in a constant state of high-readiness to support domestic and expeditionary operations, including Op LENTUS, Disaster Assistance Response Team (DART), Humanitarian Assistance Reconnaissance Team (HART), and theatre-opening missions. Sometimes referred to as the Canadian Army’s multi-tool, Canadian Military Engineers from 4 ESR are the first in and last out of most operations. 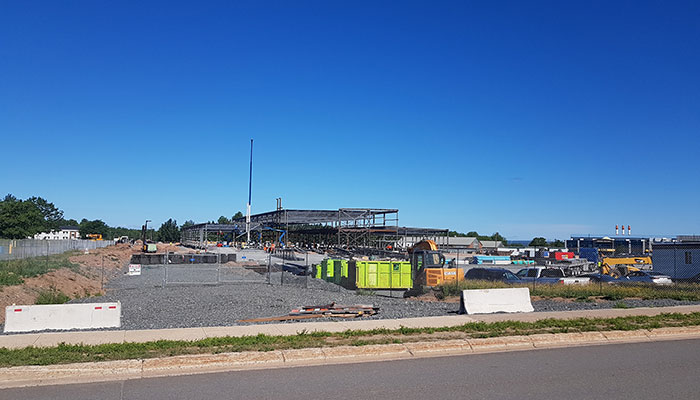 Work underway on the new 4 ESR facility at Gagetown.

Given its important and versatile role, the Regiment needs to maintain a centralized, rapid coordination capability. For years, 4 ESR has been working out of a number of aging and obsolete facilities, some as far as three kilometres apart. Bringing them together in one consolidated location will create new efficiencies and complement the already great synergy among personnel. The new 20,000-m2 facility will include a highly-functional and well-equipped service area with secure storage, ensuring that 4 ESR’s combat engineers are ready to deploy even faster to support CAF operations at home and abroad.

We’re building all of our current Defence infrastructure projects with greening in mind. This project will support efforts to reduce our carbon footprint and greenhouse gas emissions from defence buildings by 40 percent compared to 2005 levels. Moreover, we’re expecting to hit this number by 2025 – five years ahead of our initial target of 2030. Designed to meet Leadership in Energy and Environmental Design (LEED®) Silver standards, the new 4 ESR facility will cost less to maintain, and save in energy and operational costs. High-efficiency plumbing fixtures, electric vehicle parking with chargers, green lighting and building materials, and landscaping that requires no watering, will ensure the facility maintains an environmentally-friendly footprint at Base Gagetown.

Ongoing investments in Defence infrastructure are also key to keeping the Canadian economic engine running, and this project will provide economic benefits for the local community and generate approximately 400 jobs during the design and construction phases.

Supporting our personnel in uniform remains the top priority of Canada’s defence policy, Strong, Secure, Engaged. This project and others like it will continue to provide our Canadian Armed Forces with modern facilities to support their training and operations well into the future.