The official description, eligibility, criteria, and history of the Canadian Centennial Medal. 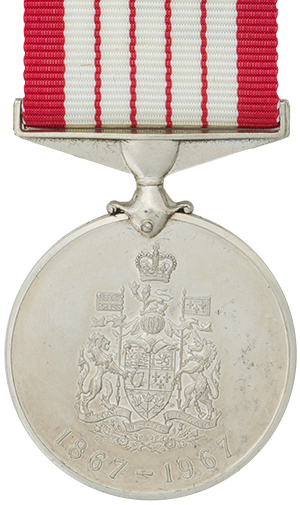 This medal commemorates the Centennial of Canada's Confederation in 1867 and was awarded to people recommended by governments and associations. This commemorative medal program is now closed. This medal is administered by the Chancellery of Honours at Rideau Hall.

Canadian Forces members were recommended by the Chief of Defence Staff to the Government of Canada. This medal program is now closed.