The Most Venerable Order of the Hospital of St. John of Jerusalem (all grades)

The official description, eligibility, criteria and history of The Most Venerable Order of the Hospital of St. John of Jerusalem (all grades). 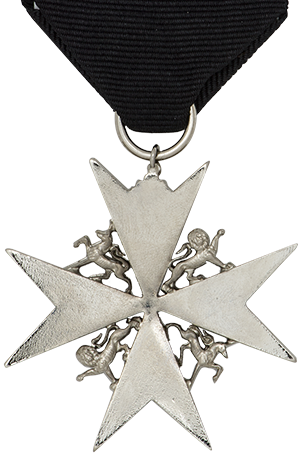 Established in 1888 by Queen Victoria, The Most Venerable Order of the Hospital of St. John of Jerusalem is a working order of charitably minded men and women whose philanthropy is expressed principally through its two foundations: the St. John Eye Hospital in Jerusalem and St. John Ambulance. The Order traces its origins to the Knights Hospitaller, of the Crusades, who served the Abbey of St. Mary’s small hospital for sick pilgrims in Jerusalem in the 12th century. The Order was brought into the Canadian Honours System in 1990. Her Majesty Queen Elizabeth II is the Order’s Sovereign, His Royal Highness Prince Richard, Duke of Gloucester, KG, GCVO, is the Grand Prior of the Order, and the Governor General is the Prior of the Priory and Chief Officer of the Order in Canada.

This Honour is administered by the Order of St. John.

Canadians who have performed good services for the Order, mainly through its two foundations, the St. John Eye Hospital in Jerusalem and the St. John Ambulance Association and Brigade, may be admitted to the Order. There are five main levels to the Order and usually, one is admitted at the lowest grade and later promoted through the grades after some standard period of time. The grades are Bailiff or Dame Grand Cross, Knight or Dame of Justice or of Grace, Commander, Officer, and Member.

The badge consist of a true Maltese cross, an eight-pointed cross in white enamel set in silver-coloured metal. The cross is embellished in each of its principal angles with lions and unicorns, a lion being in the top left and bottom right angles.

The insignia of Member has no enamel and is bright silver in colour.

The ribbon for all grades of the Order is a black watered ribbon.

Only the insignia of the highest grade a person has been admitted to or promoted to is worn. The insignia of the Order shall be worn in sequence prescribed in the Canadian Orders, Decorations and Medals Directive (all grades of the Order rank in the same position of the Order of Precedence), after Member of the Royal Victorian Order and before any provincial order, and in the following manner depending on the grade:

The undress ribbon is identical for all grades and bears a small silver Maltese Cross in its centre.

Post-nominals are authorized for internal use of the Order only.

The original Order of St. John of Jerusalem was established after the First Crusade to maintain a hospital in Jerusalem to care for the sick and wounded crusaders. A Grand Priory of the Order was established in London (UK) in 1831 and was granted a Royal Charter by Queen Victoria in 1888. Since then, the Monarch is the Sovereign Head and Patron of the Order.

The Order's activities in Canada begun in 1883 with the First Aid course taking place in Québec City. In 1895, the Grand Priory authorized the establishment of a branch of the St. John Ambulance Association in Canada. This branch was given the status of a Priory in 1946.