The official description, eligibility, criteria, and history of the Numerals. 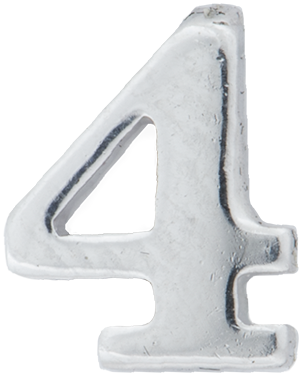 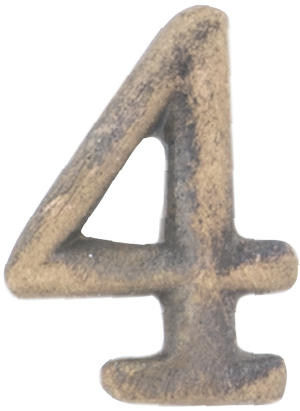 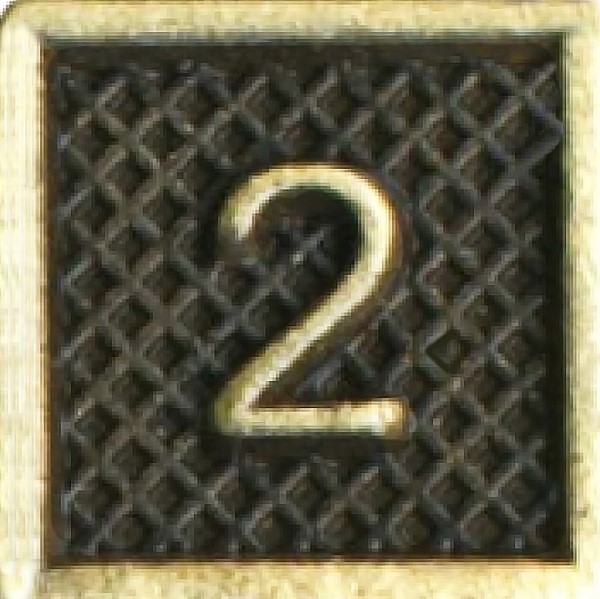 In 1979, the UN created metallic silver numbers, in Arabic numerals, to indicate completion of a further 180 days (consisting of the accumulation of periods of no less than 90 consecutive days of service) with a UN mission after qualification for the medal or last numeral. The UN regulations establishing the numerals state that they are not retroactive unless an individual returns to a mission in or after June 1979. When that happens, the member includes the extra time spent on the first tour in the calculations for the numeral.

NATO tour numerals were originally established in 1999 to indicate each additional 180 days accumulated service with a NATO mission (after qualification for the medal or last numeral) or after each additional 540 days service in the adjacent area. This only applied for the NATO medals for the Former-Yugoslavia, Kosovo and the Former Yugoslav Republic of Macedonia.

NATO abolished the practice of issuing tour numerals between 1 January 2003 and 1 January 2011.

In 2011, NATO reintroduced the award of multiple tour indicators to be worn on certain Article and Non-Article 5 NATO Medals for all return deployments after 1 January 2011 to the same NATO operation or activity.

To be eligible for a multiple tour indicator there must be a break of at least 180 days out of theatre between qualifying periods. Any return to the Area of Operation (AOO) during this break period will be considered to be a continuation of the previous deployment.

Following completion of the tour assignment in which qualification for the NATO medal or for a previous multiple-tour indicator was achieved, and having applied the 180-day break period, a subsequent multiple-tour indicator can only be sought if a minimum qualifying period of 30 days continuous service or 60 days accumulated service has been served in the qualifying AOO for that medal.

Accumulated service for award of multiple-tour indicators must be completed within a 2-year period following the minimum 180-day break of service out of the AOO.

Since 1 January 2003, NATO no longer recognizes service in support areas such as Italy, Greece, Hungary and Austria as qualifying time towards the “Non-Article Five” medal. A member must serve thirty days in the theatre of operations to qualify for the medal.

The MFO medal can be awarded only once to a member. Subsequent to that award, a member will be eligible for the award of consecutive numerals to denote each additional six month (minimum 170 days) period of service.

The tour numeral for UN is a metal numeral, silver in colour, in Arabic script.

The tour numeral for NATO is a metal numeral, bronze in colour, in Arabic script.

Takes the form of an Arabic numeral on a rimmed quadratic plate in the same colour and material as the clasp that is on the medal.

The tour numeral for MFO is a metal numeral, bronze in colour, in Arabic script.

When a medal is issued with a bar, the tour numeral shall be worn below the bar and spaced equally with it and any other insignia (such as a Mention in Dispatches) on the ribbon.

The tour numeral shall be worn centred on the undress ribbon.

When a NATO undress ribbon is worn with a miniature bar device, the smaller matching version of the Multiple-tour indicator shall be worn to the right of the bar as one looks at it.

When multiple ribbon devices are worn on the undress ribbon, they shall be spaced evenly on the ribbon and worn in precedence, from left to right (e.g. Mention in Dispatches insignia, miniature bar device and numeral).