The official description, eligibility, criteria, and history of the UN Mission in the Central African Republic (MINURCA). 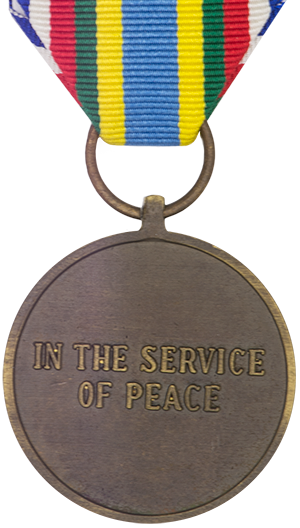 The ribbon has a central UN blue stripe flanked on each side by five equal stripes of yellow, green, red, white, and dark blue.