As stated in the following London Gazette citation, Bellenden Seymour Hutcheson is a recipient of the Victoria Cross. This medal is awarded for the most conspicuous bravery, a daring or pre-eminent act of valour, or self-sacrifice or extreme devotion to duty in the presence of the enemy. 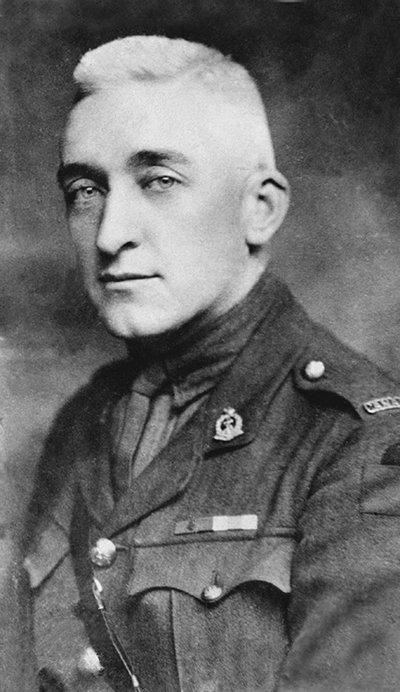 Bellenden Seymour Hutcheson was born in the United States at Mount Carmel on 16 December 1883. A graduate of the Northwestern University Medical School, Dr Hutcheson practised for several years in the American West. After the First World War began, he joined the Canadian Expeditionary Force, and was attached to the 75th Infantry Battalion as its medical officer.

On 2 September 1918 Captain Hutcheson was treating wounded soldiers under intense shelling and small arms fire in the Drocourt-Quéant line near Cagnicourt in France. After ensuring that all of the wounded men had received care, he attended to a seriously wounded officer and evacuated him to safety. Shortly after, he spotted a wounded sergeant in front of the Canadian lines and rushed forward in full view of the enemy to tend to his injuries.

For his devotion to duty on this occasion, Captain Hutcheson was awarded the Victoria Cross. For his conduct in another action, he also received the Military Cross. Dr Hutcheson died in Cairo, Illinois on 9 April 1954.

“For most conspicuous bravery and devotion to duty on September 2nd, when under most intense shell, machine-gun and rifle fire, he went through the Quéant-Drocourt Support Line with the battalion. Without hesitation and with utter disregard of personal safety he remained on the field until every wounded man had been attended to. He dressed the wounds of a seriously wounded officer under terrific machine-gun and shell fire, and, with the assistance of prisoners and of his own men, succeeded in evacuating him to safety, despite the fact that the bearer party suffered heavy casualties.

Immediately afterwards he rushed forward, in full view of the enemy, under heavy machine-gun and rifle fire, to tend a wounded serjeant, and, having placed him in a shell-hole, dressed his wounds. Captain Hutcheson performed many similar gallant acts, and, by his coolness and devotion to duty, many lives were saved.”