As stated in the following London Gazette citation, Coulson Norman Mitchell is a recipient of the Victoria Cross. This medal is awarded for the most conspicuous bravery, a daring or pre-eminent act of valour, or self-sacrifice or extreme devotion to duty in the presence of the enemy. 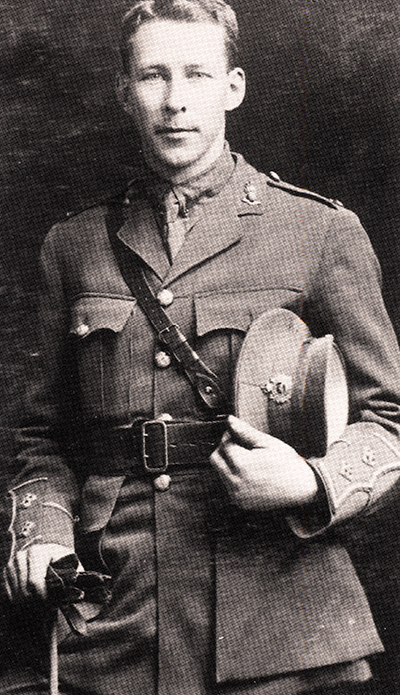 Coulson Norman Mitchell was born in Winnipeg, Manitoba on 11 December 1889 and graduated from the University of Manitoba in 1912 with a degree in engineering. After the First World War began, he joined the Canadian Expeditionary Force as an engineer officer, and served with the 1st Tunnelling Company, Canadian Engineers. Mitchell received the Military Cross at Ypres in 1916.

Captain Mitchell earned the Victoria Cross on the night of 8 to 9 October 1918 while leading a party of sappers on a reconnaissance mission near Cambrai in France. Their task was to venture beyond the Canadian front line to examine bridges over which the Canadian 5th Infantry Brigade proposed to advance, and to prevent their demolition. After finding one bridge destroyed, Mitchell moved on to the next, which spanned the Canal de l’Escaut. Running across the bridge in total darkness, Mitchell found that it had indeed been prepared for demolition. With a non-commissioned officer he cut the detonation wires and began to remove the explosive charges. When the Germans realized what was happening, they charged toward the bridge but were held off by Mitchell’s sappers until reinforcements arrived. Saving the bridge over the Canal de l’Escaut contributed significantly to the later success of the 5th Infantry Brigade’s offensive operations.

“For most conspicuous bravery and devotion to duty on the night of 8th-9th October, 1918, at the Canal de L’Escaut, north-east of Cambrai.

He led a small party ahead of the first wave of infantry in order to examine the various bridges on the line of approach and, if possible, to prevent their demolition.

On reaching the canal he found the bridge already blown up. Under a heavy barrage he crossed to the next bridge, where he cut a number of ‘lead’ wires. Then in total darkness, and unaware of the position or strength of the enemy at the bridgehead, he dashed across the main bridge over the canal. This bridge was found to be heavily charged for demolition, and whilst Capt. Mitchell, assisted by his N.C.O., was cutting the wires, the enemy attempted to rush the bridge in order to blow the charges, whereupon he at once dashed to the assistance of his sentry, who had been wounded, killed three of the enemy, captured 12, and maintained the bridgehead until reinforced.

Then under heavy fire he continued his task of cutting wires and removing charges, which he well knew might at any moment have been fired by the enemy.

It was entirely due to his valour and decisive action that this important bridge across the canal was saved from destruction.”