As stated in the following London Gazette citation, Hampden Zane Churchill Cockburn is a recipient of the Victoria Cross. This medal is awarded for the most conspicuous bravery, a daring or pre-eminent act of valour, or self-sacrifice or extreme devotion to duty in the presence of the enemy. 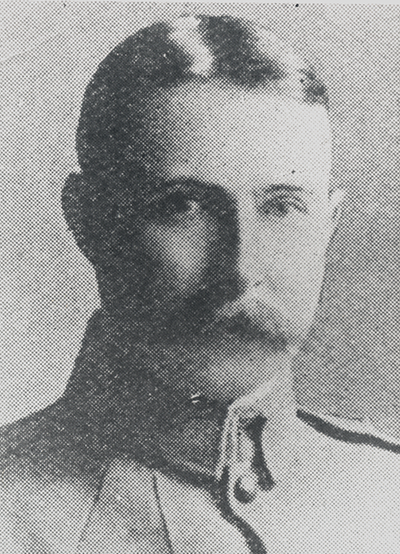 Hampden Zane Churchill Cockburn was born in Toronto, Ontario on 19 November 1867. After studying at Upper Canada College and the University of Toronto, he became a barrister. During the South African War, Cockburn served in South Africa with the Royal Canadian Dragoons.

At one point, the remnant of Lieutenant Cockburn’s troop of Dragoons fought desperately against 200 Boers who were intent on capturing “D” Battery’s two guns. His handful of men successfully held off the Boers, thus allowing the guns to escape, but all became casualties, including Cockburn who was slightly wounded. For his part in saving the guns, Lieutenant Cockburn received the Victoria Cross, one of three awarded for separate incidents in this action.

“Lieutenant Cockburn, with a handful of men, at a most critical moment held off the Boers to allow the guns to get away; to do so he had to sacrifice himself and his party, all of whom were killed, wounded, or taken prisoners, he himself being slightly wounded.”