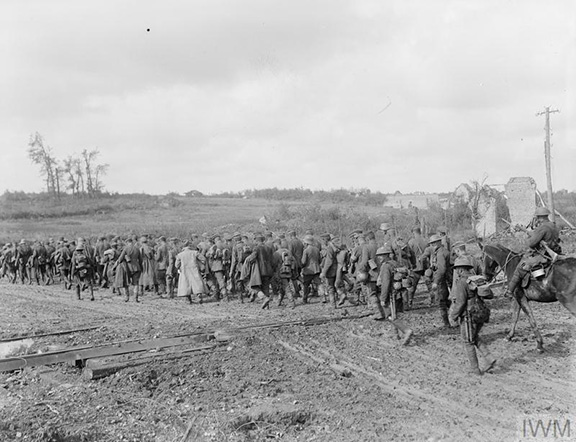 A battle honour formally entitled the “Battle of Épehy” and itself being part of “The Battles of the Hindenburg Line”.Footnote 1

In mid-September the Allies were advancing eastward with a series of consecutive blows against the German lines. South of the main Canadian effort the British Fourth Army started an offensive on 18 September with British and Australian infantry, supported by tanks, attacking the village of Épehy. The attack went in a heavy rain which hindered the tank/infantry cooperation but did not stop it. The advance continued through the day and night until the objective was obtained and secured.

United Kingdom, War Office, The Official Names of the Battles and Other Engagements fought by the Military Forces of the British Empire during the Great War, 1914-1919, and the Third Afghan War, 1919: Report of the Battles Nomenclature Committee as Approved by the Army Council (London, 1922), p.24